Latina Lista: News from the Latinx perspective > Columns & Features > Global Views > Mexican children to march for a childhood without violence

Mexican children to march for a childhood without violence 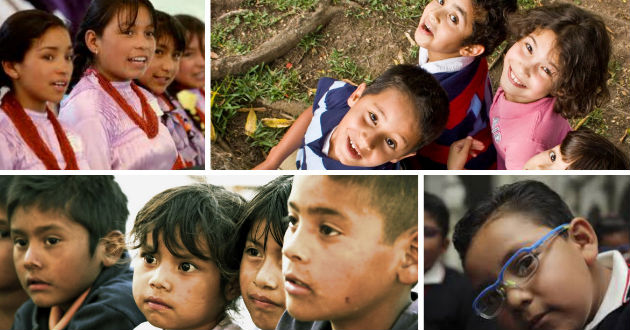 LatinaLista — On April 25, hundreds of children will take to the streets throughout Mexico. Not to play but to work — to demand that they have a childhood without violence.

In a country where kidnappings exceed 100,000 a year, where violence against women has reached “pandemic” levels, and academic analysts estimate people murdered by cartel violence average 55 a day, Mexico by any definition is a violent country.

As if by default of getting caught in the crossfire, children are increasingly becoming victims of the usual cartel violence — and the unusual: “Mexican cartel henchman arrested for killing children to harvest their organs.”

Add to the list childhood and sexual abuse — of which it’s reported 80 percent happen in schools and homes in Mexico — and it’s no wonder that the United Nations International Children’s Emergency Fund or UNICEF is sponsoring the march promoting children’s rights, part of a global campaign to draw attention to childhood insecurity in their respective countries.

Children from 80 municipalities and 13 states in the country, including the Distrito Federal (Mexico City), will march in their city’s center carrying signs showing the kinds of abuses they suffer and demanding respect for their rights.

The purpose of the march is to raise awareness of the harm that violence inflicts upon children, according to Gabriela Castañeda y Juan Martín Pérez, representatives of the Mexican network of Child-Friendly Cities and for the Rights of Children in Mexico.

Both lamented that it was a shame that violence against boys, girls and teenagers was starting to seem normal and for that reason it was imperative that all three levels of Mexican society: government, NGOs and citizens contribute to change this perspective.