Mexico City — For 9 days, homeless soccer players from around the world find acceptance and self-worth at Homeless World Cup finals

LatinaLista — England may have had the Olympics and the Special Olympics this past summer but a country much closer to home had an equally thrilling international sporting event. For nine days, from October 6-14, Mexico City was host to the Homeless World Cup (HWC). 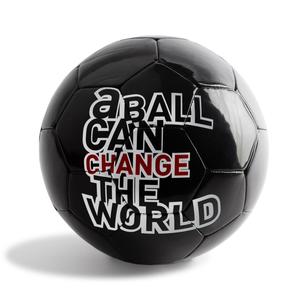 Seventy-three nations sent teams of homeless people, above the age of 16, to compete in a 4v4 street soccer (football) championship that was live-streamed on three YouTube channels. Unfortunately, not enough of the global media covered the event to the extent which it deserved. It’s kind of the same story the players endure on a daily basis from their local communities because of their situations.

Based in Edinburgh, Scotland, the Homeless World Cup was founded in 2001 by Mel Young from Scotland and Austrian Harald Schmied. They came up with the idea after attending a conference devoted to homelessness and discovering that there are 1 billion homeless people in the world.

Both men understood the empowering effects of playing soccer and felt that if the homeless were given the opportunity to play the sport it could turn some of their lives around. “Football is a great leveller, it connects people and is a universal sport for everyone,” said the founders of HWC. “The Homeless World Cup is able to change the scenery, challenge stereotyping and people who have been spat at the week before are cheered by thousands and treated as soccer heroes during the tournament. The feeling of belonging, challenge of working in a team, regaining a health-oriented attitude towards life, self-esteem, and last but not least, the experience of fun is a powerful combination to change a person’s life.”

Unfortunately, the organization can’t make their players’ lives safer from the violence found on the streets. Just a few weeks before the tournament, an 18-year-old player on the Romanian team, Loredan Bulgariu, was stabbed to death after a team practice. His team vowed to go to Mexico and play in his honor.

It’s that kind of team spirit that has neither man regretting all the hard work it has taken to build up the international organization. Since starting HWC, 77 percent of the participants have been able to find work, housing, get an education, follow through with alcohol and drug treatment programs, and some have even gone on to become professional and semi-professional athletes and coaches. Overall, 94 percent of the participants credit the program with having made a positive impact on their lives.

On the organization’s website, video highlights of the 2012 Mexico Homeless World Cup series are posted, along with, stories of individual athletes, interviews with players, former players and international supporters and the final rankings of the tournament.

featured, homeless, self-esteem, soccer
Previous Post Commentary: Latinos, religion and the Campaign of 2012
Next PostNew online portal lets people around the world see which products have been recalled

Commentary: Latinos, religion and the Campaign of 2012
Comment
New online portal lets people around the world see which products have been recalled