Mexico, a cradle of startups 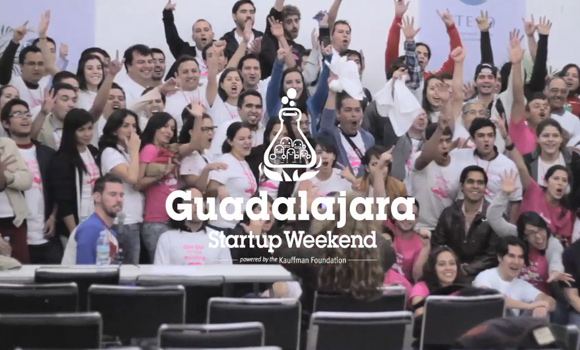 MEXICO CITY – A conversation between Diego Ballesteros and his friend, Evaristo Babé, about the lack of restaurants with an online delivery service led to the creation of one of the most popular startups in Mexico: Sindelantal.mx (“without an apron” in Spanish).

“We both came from working in the Internet field and the entertainment world and we were eager to launch a project together,” said Ballesteros, 33. “We’re entrepreneurs. We thought about it and a few weeks after that conversation over a couple of beers, we launched the first version of our business plan.”

Sindelantal.mx is an online platform where customers can choose delivery options from restaurants that will bring the food to a specified address within 30 minutes. The company receives a 12%-16% commission for each order.

In January 2013, when the startup launched operations in Mexico City, it received an average of 1,000 orders a month. By December, the figure rose to 15,000.

“Mexico has a somewhat low level of Internet penetration, but we know that in the near future financial institutions will take e-commerce more seriously,” Ballesteros said. “Similarly, as companies provide the elements needed to ensure the reliability of transactions, users will get over their fear of buying online.”

Of the 45 million Internet users in Mexico in 2012, 37% made purchases online, with revenue totaling US$6.4 billion. In 2013, the figure rose to US$9.2 billion, according to the Mexican Internet Association (AMIPCI).

Startup Weekend is a global network of entrepreneurs that has organized events in more than 400 cities worldwide to inspire, educate and empower online communities and users with a culture of entrepreneurship.

Mexico City, Guadalajara, Tijuana and Monterrey are cities with the highest levels of startup activity in Mexico, according to Hernández.

“In emerging e-markets, the integration with academia to train professionals with technological and marketing expertise provides two perfect pillars for the development of startups in Mexico,” he added.

About 35,000 companies are launched in Mexico monthly, while about 6% of people between the ages of 18 and 24 own their own business, according to the Secretariat of the Economy (SE).

Mexico has a population of about 38 million young people between the ages of 12 and 29, according to the National Population Council.

Startups in Mexico generate about US$643 million in revenue annually, according to Startup Weekend.

Services range from providing consumers with the sale of products, travel guides and applications for smartphones.

Several countries in the region have made progress on a legal framework for reducing the number of procedures, the overall cost and the time needed to launch a new business. Chile, Colombia and Mexico have led the way, according to the “Start-up Latin America: Promoting Innovation in the Region” report, published by the Organization for Economic Cooperation and Development (OECD).

As part of this effort, the SE created the National Institute of Entrepreneurship (INADEM) with the aim of supporting entrepreneurs and micro, small and medium-sized enterprises with innovation, competitiveness and market projection.

“[Our focus is] on those who have an innovative idea that could, if successful, contribute to solving problems through innovation,” said INADEM President Enrique Jacob Rocha. “Often, due to a lack of support, these initiatives never go beyond being an idea on a piece of paper.”

INADEM conducts an annual call for projects, followed by a diagnostic of business management and skills.

A project’s feasibility is then analyzed, with support channeled through 32 state and private entities.

Regardless, 80% of startups fail by their second year, often due to a lack of financing and training, according to the National Institute of Statistics and Geography.

“After making a strong start, you reach a point of uncertainty where you don’t know what steps to take to keep growing and serving the market to which your service is directed,” said Hernández, referring to what he calls the “valley of death.”

To overcome it, Hernández recommends companies remain innovative from their launch.

“Our best advice to entrepreneurs is to better understand their market and assess whether the way they are offering services to meet their customers’ needs is correct or not, as well as how to evolve their products so they stay in the battle,” he said.