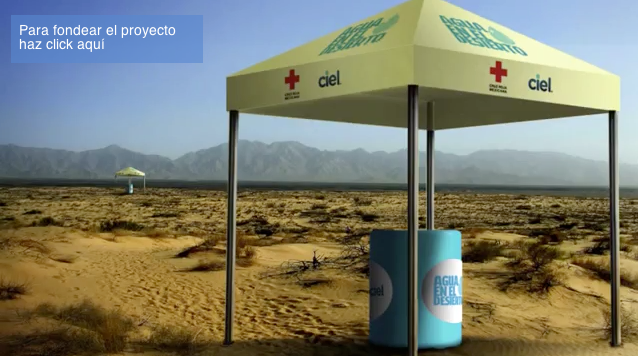 LatinaLista — Leaving cool water in the blazing desert for migrants desperate to risk their lives to enter the United States without the proper paperwork is not a new act of kindness.

Yet, for an aid organization to start a crowdfunding campaign to help them leave water in the desert is new. La Cruz Roja (Red Cross) of Mexico is doing just that. The campaign, dubbed Agua en el desierto, is more than just leaving water in the desert — it’s about leaving coolers.

La Cruz Roja Mexicana wants to raise enough money to build 20 portable coolers that operate without electricity. The units would be left at strategic locations in the deserts of Sonora and Chihuahua. Each portable fridge holds up to 80 chilled bottles of water.

Unlike the U.S. side of the border where similar efforts have only targeted undocumented immigrants, the Mexican project also hopes to help the Tarahumaras Indians whose lands have been severely affected by drought in recent years and who also cross the deserts as part of their lifestyle.

La Cruz Roja Mexicana wants to install the coolers as a way to transform the heat of the desert into a sustainable method of keeping the water cool and accessible to the vulnerable communities that trek through the area.