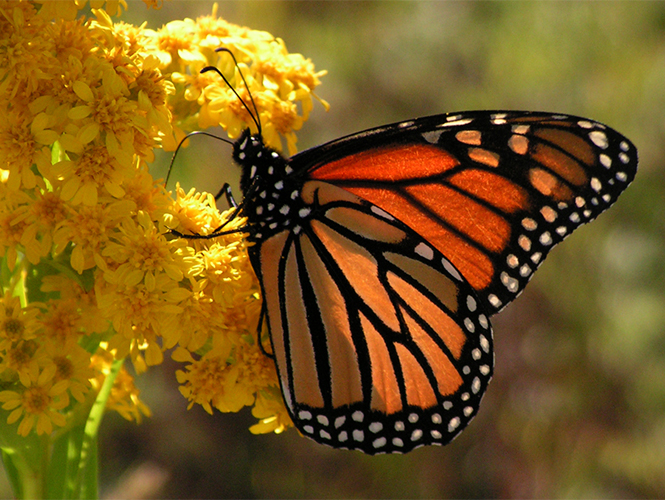 The butterflies are coming, along with an estimated 160,000 visitors close behind.

The annual migration of the Monarch butterflies is on schedule, with an ETA in Michoacán and State of Mexico this week in time for the opening of butterfly sanctuaries, although the early arrivals have already been spotted in those states’ forests.

Despite having made an exceptional journey of 4,000 kilometers or more, they arrive at their winter home “with extraordinary punctuality,” said the National Protected Areas Commission this week.

The butterflies, traveling from the United States and Canada slightly in advance of a two-legged species from the same countries, have already turned skies orange in Saltillo, Monterrey and Ciudad Victoria after beginning to cross the border into Mexico in early October.

Their destination is the Monarch Butterfly Biosphere Reserve where last year they touched down in forested areas totaling 0.67 hectares. As no one has yet developed a reliable system to count millions of butterflies, their numbers are tracked in terms of the area they occupy so as to observe trends over time.

Those trends have been downward, resulting in calls for greater protection of their habitat in their northern homes. Last year’s number was 44% less than the previous year.

Next Saturday, various sanctuaries will open to visitors who wish to view the Monarchs and welcome them back. There are so many visitors — 160,000 are expected this season, up rather a lot from last year’s 70,000 — that rules have been introduced to reduce their impact.

Colonies of butterflies — usually between eight and 12 — congregate on trees and although each one weighs but half a gram, branches sag under the combined weight. By clustering in that manner they conserve heat, an important consideration in the often chilly temperatures in the high altitudes of the reserve.

The sanctuaries will remain open to visitors until March, when the Monarchs make the return journey to the U.S. and Canada.