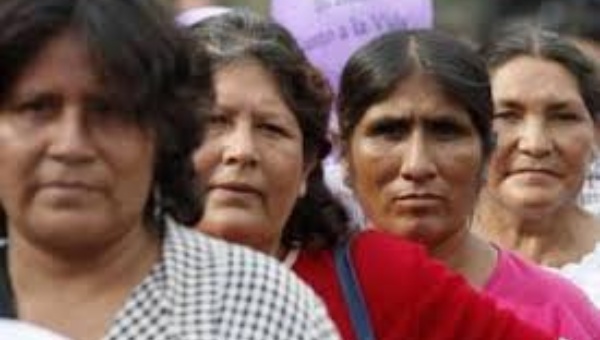 LatinaLista — The recent comments by Microsoft CEO Satya Nadella that women shouldn’t ask for raises but instead trust in karma, smacked many who heard it as epitomizing the inequality that rages on for many women in male-dominated environments.

Though Nadella has apologized profusely for his remarks, there are some parts of the world where women would never receive a mea culpa. The latest Gallup poll highlights one such region that hits a little too close to home to the United States — Latin America.

For the last two years (2012-2013), Gallup has found that machismo is alive and well in Latin America, with Latin Americans revealing that their women “were the least likely in the world” to be treated with “respect and dignity.”

It goes beyond just some CEO saying that women shouldn’t ask for raises but highlights the ongoing violence women still experience in these countries. The two worst offending countries, according to the poll, are Peru and Colombia.

However, there has been a trend among Latin American governments to address the issue of violence against women. In September, the 20th anniversary of the Inter-American Convention On Violence Against Women took place in Lima, Peru. While the consensus was progress had been made, it was also realized that much more needs to be done.

So far, countries have been responding to the issue by creating special days to raise awareness of violence against women or have created new laws or departments within the government to advocate for women’s rights:

An additional footnote to the Gallup poll is that children also received low ratings for being treated with respect. Considering that women and children are the two most vulnerable members of any society, it makes sense that children would be seen as similar victims. Sadly, the Gallup pollsters see very little hope for change in Latin America even with the new laws and heightened awareness.

According to Gallup, as long as weak education programs, violence and machismo continue to be part of Latin American society, women, and children, overall, won’t attain the respect and dignity they deserve.