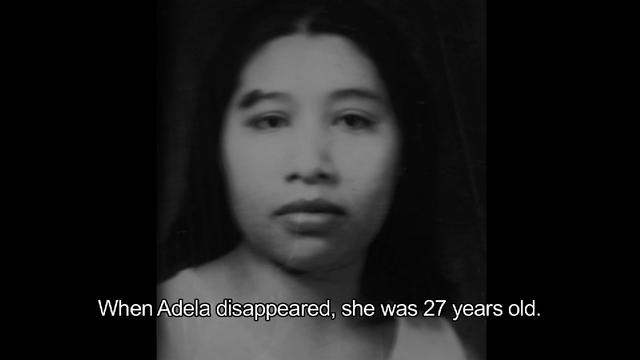 Described as a David versus Goliath story, Justice for my Sister is the debut feature-length documentary from Kimberly Bautista that tracks one woman’s heroic journey to prosecute the man who murdered her sister.

Adela Chacon was 27 years old when she said goodbye to her three children in Escuintla, southwest Guatemala, and left for work. She never returned and was later found dead in a ditch, beaten beyond recognition.

Filmed over three years, Justice for my Sister shines a light on Guatemala’s femicide epidemic and highlights the country’s machismo culture.

In the last decade more than 6,000 women have been murdered in the Central American country and only two percent of their killers have been sentenced. According to a 2012 report by the Small Arms Survey, an independent research project in Geneva, Guatemala has the third highest rate of femicide in the world.

In 2008, Guatemala passed a law that defined femicide as a specific crime against women, carrying a prison sentence of 25 to 50 years, without parole. Special prosecutor and police units and tribunals have been set up to deal exclusively with femicides and other gender-related crimes, but so far Guatemala’s high femicide rates show little signs of abating.

Adela is just another number to law enforcement agencies; however, her sister Rebeca refuses to give up hope of seeing the killer held to account. With the odds stacked against her, she takes on the Guatemalan justice system and uses her traumatic loss for personal growth and communal healing, emerging as a feminist leader in her community.

Los Angeles-based Colombian and Irish-American filmmaker, Bautista, first met Rebeca during a trip to Guatemala where she worked with women’s organizations.

“We clicked immediately,” says Bautista. “She had a lightness to her spirit, despite her heavy situation. And her dedication to see the trial through to a sufficient sentencing made her that much more relatable to a wider audience in my eyes.”

During her three year battle, Rebeca encounters various setbacks: a missing police report, a judge accused of killing his own wife and witnesses who are too afraid to testify. Adela’s 13 year old daughter’s testimony is crucial because she identifies the ex-boyfriend as the man who used to harass and threaten her mother. She later becomes the target of a drive-by shooting.

Despite the setbacks, Rebeca’s determination is fortified and she continues to juggle the case around her job, making tortillas for 9 hours each day, and taking care of her five children – as well as the three her sister left behind.

From its initial inception, as a proposed project on a graduate school application, Justice for my Sister has gone on to win various awards and in November was crowned Best Long-Form Central American documentary at the Icaro Film Festival in Guatemala.

“In the case of a documentary that deals with human rights issues, getting an audience to see a film can be a question of life or death. I ultimately hope to affect real change in people’s lives by educating audiences about these unsolved and sometimes unreported murders. I hope that audiences will be inspired by Rebeca’s unwavering determination to bring justice to light and will question how they can contribute to diminish violence against women and rework the way they think about gender power dynamics in their own lives,” says Bautista.

The Justice for my Sister collective recently launched a text message service called Texting Peace, which sends news, tips and inspirational quotes about how to prevent violence. It also offers advice and emotional support to women who wish to report threats or harassment, and now hopes to replicate the initiative throughout Central America and South America.

“I believe that speaking out is essential in order to encourage audiences to break the silence and to challenge the stigma that marks sexual violence,” says Bautista.