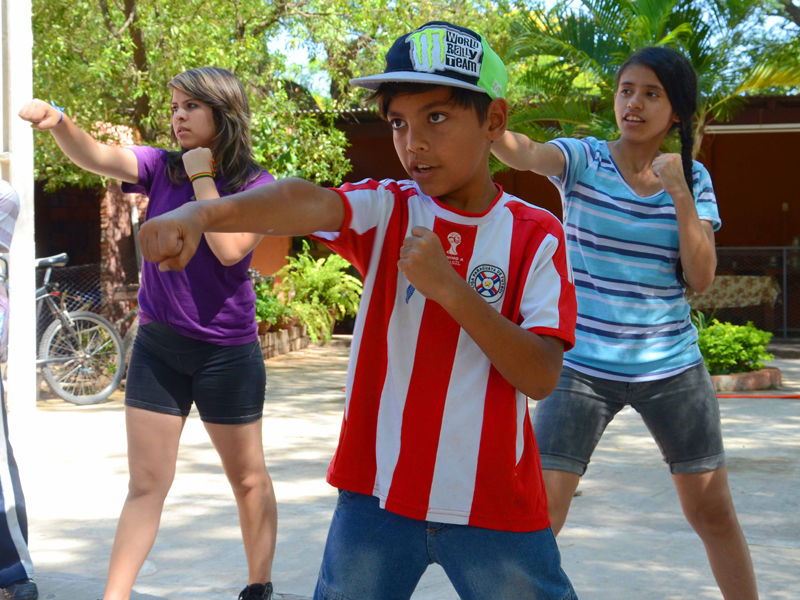 ASUNCIÓN, Paraguay – Recreation and healthy activities are the latest allies in the fight against drug addiction among children and minors in Paraguay.

The National Anti-Drug Secretariat’s (SENAD) Demand Reduction Department, together with municipalities and neighborhoods in Asunción, is carrying out a variety of activities as part of its Community Prevention Program.

Beginning in April, the Day Center will be open to children and minors in Asunción with a history of drug abuse. They will receive guidance about their addiction and will be encouraged to participate in healthy activities and tasks that keep them away from vices, said Luis Chaparro, the community program’s coordinator in the city of Ñemby, 20 kilometers from Asunción.

In the beginning, the program will focus on neighborhoods in the capital city and its surrounding areas before it’s offered in cities in the country’s interior, Chaparro added.

Following the start of classes in March, teachers who specialize in different educational levels received training on how to treat young people battling addiction, Chaparro said.

“Teachers will be able to direct the students with drug addiction problems to the Day Center without removing them from the educational environment,” he added.

Authorities can also choose not to prosecute minors facing drug charges if they are receiving treatment at the Day Center.

“(Now) … young persons involved with drugs are sent directly to the courts, where they receive a criminal record for drug possession or consumption, which will be with them for the rest of their lives,” Chaparro said. “The aim is to change that.”

SENAD Communications Director Francisco Ayala added the goal is “to help young people, not stigmatize them.”

“Societal discrimination can often lead to even worse situations,” he said.

Students advised to become involved at the Day Center will be able to go to the facility immediately after their classes, Chaparro added.

“If a young person attends school in the morning, he or she can come to the Day Center in the afternoon, or vice versa,” he said.

The first activity carried out under the framework of the Community Prevention Program was the Santa Aventura summer camp, which brought together 500 students between the ages of 5 and 19 during the final weeks of January.

The summer camp was held at the San Antonio de Padua Parish in the city of Ñemby. It offered workshops in dance, music, creativity, photography, painting, sports and self-defense, in addition to classes in the electrical and plumbing trades.

“These programs are useful in raising awareness that there are other ways to eliminate idleness and the misuse of time that often lead them to fall into bad habits such as the use of alcohol, tobacco and illegal drugs,” Chaparro said.

“Many of them don’t know where to turn or what to do when their child is in a situation like this,” he said.

Parents “have a desire to prevent [drug and alcohol abuse], and to do something for their children,” added Graciela Barreto, the general coordinator of SENAD’s community prevention programs.

Since September, A School for Parents has been under development, hosting classes on prevention that are open to the public and held on the last Saturday of every month at SENAD’s headquarters.

“The workshops draw parents from cities throughout the Central Department, as well as the interior of the country,” Ayala said. “At these meetings, we hear about the different situations that parents of addicts are facing. They also provide us with guidance as to where we should focus our attention when implementing activities aimed at counteracting the problem.”

Marijuana, crack and cocaine continue to be the country’s most heavily consumed drugs. As of late 2013, SENAD had seized more than 500 tons of marijuana – 324 more tons than during all of 2012 – five tons of crack and three tons of cocaine.

More information about the SENAD’s drug prevention programs can be found at http://www.senad.gov.py.