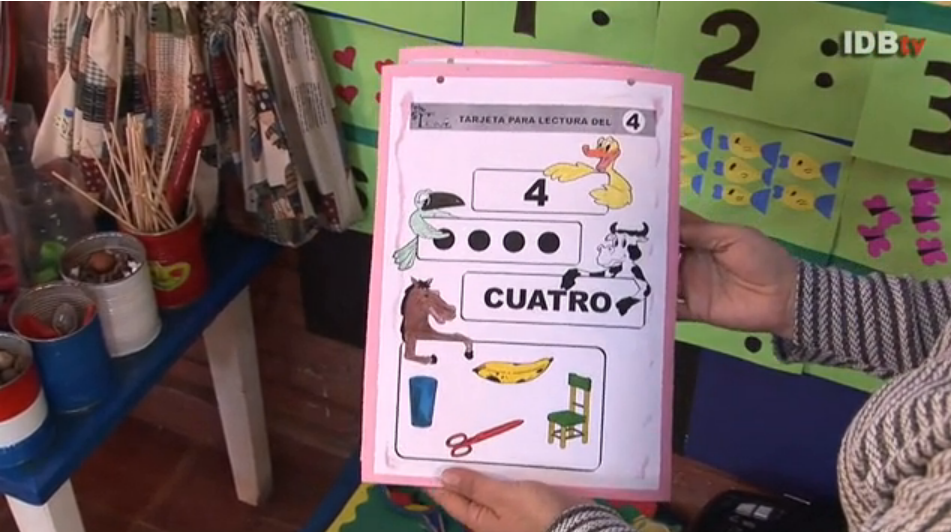 LatinaLista — The United States isn’t the only country making a big push to interest students in science and math courses. One South American country is making an extra effort to not only encourage their students to like math, but are starting while the children are still in pre-school.

Paraguay is a country that knows if it doesn’t get its schoolhouse in order, they’re going to be so far behind the global learning curve that it will take years for them to ever catch up. Currently, more than half of third graders in Paraguay can’t even solve simple arithmetic problems. Paraguayan students have among the poorest scores on standardized mathematics tests in the world.

When educators analyzed how students in Paraguay learned, they saw that students merely copied from the chalkboard with no analysis or thought as to what they were copying.

According to the WorldFund:

Latin American schools, however, are not very competitive. Although more children go to school, they do not appear to learn very much. Latin America routinely scores at the bottom in every international assessment of student achievement. In the most recent OECD test, half or more of the 15-year olds in the three Latin American countries that participated (Mexico, Brazil, and Uruguay) could not use reading to analyze problems or build new skills. A majority could not consistently apply basic mathematical skills to real-world problems. These relationships hold even when comparing Latin American students with countries similar in GDP per capita. And curiously, even the most affluent Latin American students score at or below the OECD average, and well below the OECD top-performers.

Indicators at the university level are no more encouraging. In a 2005 ranking of the world’s 500 universities, no Latin American university ranked in the top 100. In most countries, less than a quarter of students study science and engineering, compared with nearly 40 percent in Korea and 30 percent in Ireland and Finland. Latin America scores well below Asia and Eastern Europe and the former USSR in the production of scientific and engineering articles. Most Latin American students receive less English instruction than do their counterparts in East Asia.

What makes Paraguay different from its South American neighbors these days is a pilot program the country has been implementing in its low-income pre-schools called “Tikichuela, Mathematics in My School.” A bilingual (Spanish/Guaraní) mathematics program that uses song, dance, counting and elements of the local culture to make math relevant to the children is the result of a partnership between the Japanese and Paraguayan governments, the Organization of Ibero-American States (OEI), and the Inter-American Development Bank (IDB).

The program, implemented in about 130 low-income schools out of a total of 265 campuses, is based on an American math program called Big Math for Little Kids. In 2012, an evaluation of how well children responded to Tikichuela, compared to their counterparts who were not in the program, showed amazing results:

Based on the encouraging evaluation, the program is being expanded into first grade classrooms in 2014, along with, tweaks to the program to encourage interest among more girls.

Little Mathematicians from BIDtv on Vimeo.