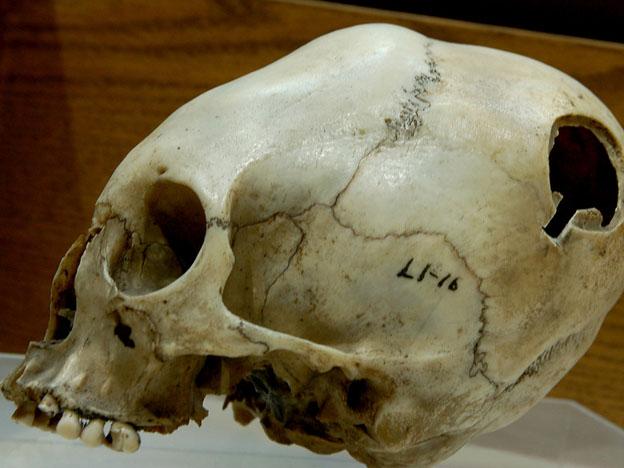 Some of Peru’s ancient peoples were skilled surgeons who used trepanation to cure a host of illnesses.

Do you have a head injury? Was your heart recently broken? Are you suffering from a spiritual ailment?

If you were a member of the Wari people in ancient Peru, you might have sought the same solution for all of those problems. Because as everyone knows, the cure for heartbreak, head injuries, and / or divine sicknesses is to drill a hole in your skull.

It sounds a little crazy, but archaeologists working in Andahuaylas have found significant evidence indicating that the ancient doctors of the region did a lot of trepanation (which is the fancy word for “drilling holes in skulls”).

And the Wari doctors were pretty good at their jobs— there’s evidence that many patients survived the procedure and lived for years after their successful surgery.

Science20.com spoke to University of California at Santa Barbara anthropologist Danielle Kurin, who traveled to Andahuaylas to investigate Wari trepanation. “When you get a knock on the head that causes your brain to swell dangerously, or you have some kind of neurological, spiritual or psychosomatic illness, drilling a hole in the head becomes a reasonable thing to do,” explained Kurin.

Kurin also told Science20 that trepanation techniques seem to have become widespread during the decline of the Wari empire, in the midst of conflict and collapse. Kurin believes that the new pressures on Wari society led them to advance in impressive ways.

“These ancient people can’t speak to us directly, but they do give us information that allows us to reconstruct some aspect of their lives and their deaths and even what happened after they died,” said Kurin, adding “Importantly, we shouldn’t look at a state of collapse as the beginning of a ‘dark age,’ but rather view it as an era that breeds resilience and foments stunning innovation within the population.”