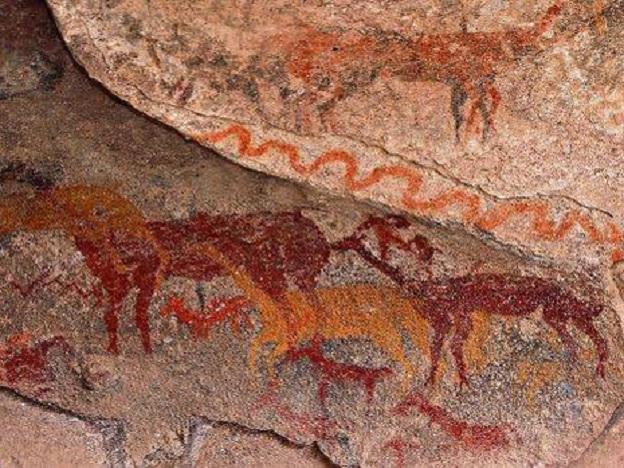 A cave containing some of southern Peru’s most beautiful, ancient paintings is unprotected and hardly known by the public.

The Vilavilani cave, located in the Palca district of the region of Tacna in southern Peru houses cave paintings dating back to approximately 7,000 B.C.

Archaeologist Jesus Gordillo told El Comercio that, although scientific analysis has not dated the paintings, the symbols, style, and medium provide answers to their epoch. Gordillo claims that “we could be talking about paintings taking back 7,000 years B.C., since they have very similar characteristics to the cave paintings found in the caves of Toquepala.”

Despite the relevance these cave paintings have to Peruvian history, they remain widely unknown to even locals, and are left unprotected.

Former director of the National Institute of Culture in Tacna, archaeologist Oscar Ayca, claims it could become the most important site for rock art in all of Southern Peru. Considering the colors, bright reds, yellows, oranges, and browns, whites, and blacks and greens, its a unique site.

The paintings tell stories of the hunter-gatherers that used to live there, and perhaps used the caves for shelter and even a corral for camelids and vizcachas.

“It is urgent to restore many of the paintings that are being destroyed by rains and strong winds that erode them. We also must provide security and care so that commoners can have access to Vilavilani cave paintings,” Ayca told El Comercio.

Just a rock’s throw away are the Toquepala caves. There scientists have dated the bright and active paintings to go back to 7000 B.C. In Toquepala the paintings include depictions a unique Andean hunting tactic called “chaco” demonstrating how they caught their prey.