Peruvians want to throw trash TV off the airwaves 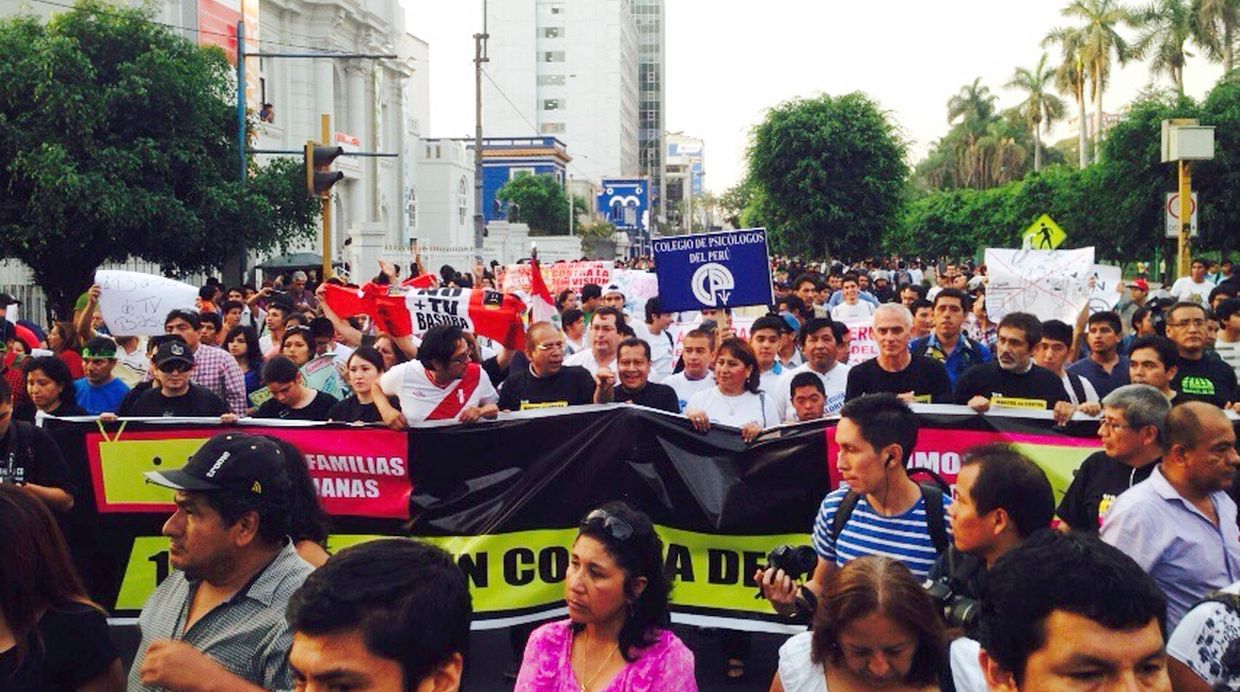 LatinaLista — Last month, the streets of Lima swelled with a new protest movement hoping to do away with trash TV in the country and encourage more cultural programming.

Begun on Facebook, the “March Against Trash Television” (Marcha Contra La Television Basura) paraded down the streets of Lima, Peru on the night of February 27. Protesters holding signs and shouting want television stations to get rid of “tacky” Peruvian series from their airwaves.

Though the march (#TVBasura) has a moral intent, with supporters accusing some shows of objectifying bikini-clad women, feelings were mixed throughout the country. On a Twitter discussion, critics told march sympathizers to change the channel if they don’t like what they see.

But as one sympathizer replied, ” You can’t tell us to change the channel if we don’t have many other channels to watch.”

Linguist Marco Aurelio Denegri told El Comercio that a consequence of “trash television” is an irreversible and dumbing effect on its audience.

“When they talk about trash television I believe that they don’t notice how dangerous it is…(it has) that capacity to assimilate the average viewer to garbage and the addictive character, it is all truly dangerous,” he says on his program, “The Role of the Word” (2009).

Protesters gathered at Washington Park and wound their way through city streets, blocking traffic, until they were outside of a local television station home to many of the shows the marchers find objectionable. Along the way, the crowd was infiltrated by critics and scuffles broke out among the protesters.

Once marchers arrived at the station, protesters caused damage to the giant billboards advertising the station’s stars by throwing rocks at them.

Another march is planned for March 20.