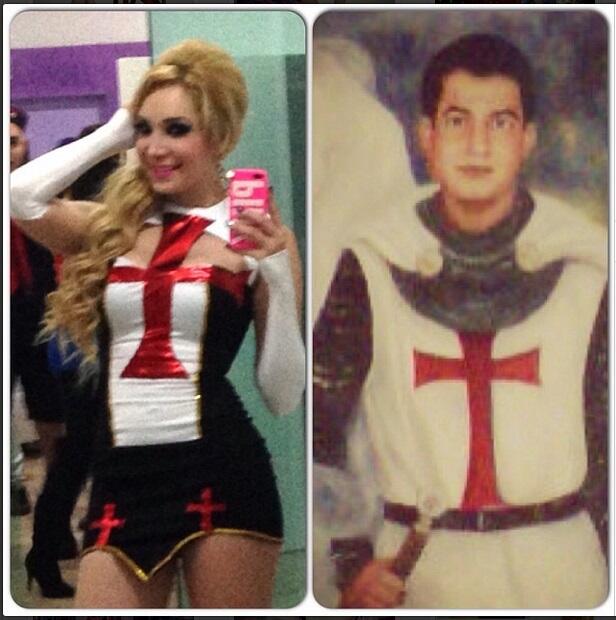 The children of a drug cartel leader in Mexico have reportedly become pop singers, and are openly sharing their extravagant lifestyle glamorizing drug trafficking culture on social media.

Self-defense groups in Michoacan, Mexico have outed two young local pop stars as being the children of Knights Templar leader Enrique Plancarte. The vigilantes published pictures of the interior of a house they seized during recent confrontations, and highlighted how it had been the setting for music videos of Melissa Plancarte and her brother Kike Plancarte, reported Milenio.

In response to their accusations, Melissa posted a video featuring images of her over the soundtrack to the song “Me Vale Todo,” — which roughly translates to “it’s all good.”

The siblings, known as the “Princess of La Banda,” and the “Prince of La Banda” (La Banda is a form of Mexican music), began their careers in 2012, and release records on their own label, Plan Records, which has just four artists on its books.

Both Melissa and Kike have posted photos of themselves on Facebook and Instagram riding horses, posing with famous musicians and expensive cars, and wearing clothing with Knights Templar symbols.

Among Melissa’s repertoire is a song dedicated to the founder of the Knight’s predecessors, the Familia Michoacana — the messianic Nazario Moreno Gonzalez, alias “El Chayo,” — with the lines, “I am not a drug trafficker, I am the head of the family. If they persecuted Christ, they have to persecute me” (see video below).

Mexico has a very strong culture associated with drug trafficking, and the materialistic lives of Mexican drug traffickers, with their fancy cars, expensive clothes, and elaborate parties are a subject of public fascination. This glamorization of the culture helps drug traffickers to easily recruit youth to their ranks and operate with relative impunity.

Drug traffickers have long cultivated this allure and fascination. The Familia Michoacana is known for using so-called “narcocorridos” — ballads about drugs, easy money, and violence that are sung in a traditional folk music style — to appeal to religious sentiments and justify their behavior to locals.

Narcocorridos have become so popular that in some areas politicians have banned them from being played in public venues.

The Plancartes are not the first children of prominent drug traffickers to openly document their lifestyle on social networks. This past November, Mexican media revealed photos posted on social media of the children of Ismael Zambada and Joaquin “El Chapo” Guzman, leaders of the Sinaloa Cartel, which were used by US authorities to arrest Serafin Zambada.