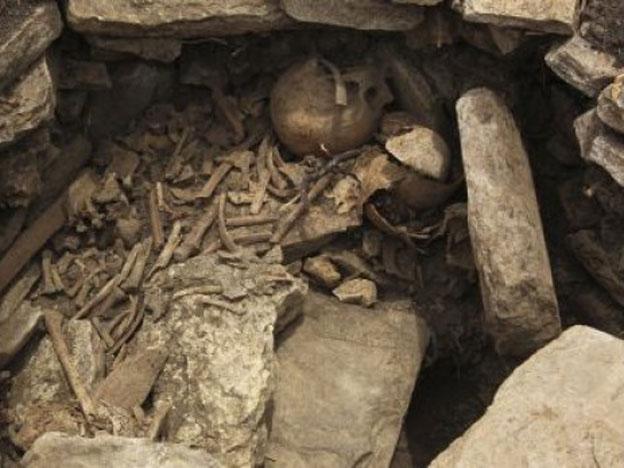 By Hannah Vickers
Peru This Week

A pre-inca tomb has been found in Arequipa, in the building where Peruvian writer, Mario Vargas Llosa was born. After four days of investigation, the Ministry of Culture has confirmed that the remains date back to the Churajón culture.

The tomb is 1.5 m deep and contains four ceramic pots recognizable as being from the Churajón culture, according to archaeologist Marco López. He said that the Regional Authority of Culture were evaluating whether the tomb would be opened to the public physically or virtually.

Churajón culture was a pre-inca culture that developed on both riverbanks of the Chili River Valley which runs through the current city of Arequipa.

The remains were found by a group of workers on Thursday, March 20. Peruvian writer and Nobel Prize of Literature recipient, Mario Vargas Llosa was born on the second floor of the building on Av. Parra on the outskirts of Arequipa city.

The building was in the process of being converted into a museum by the Regional Government of Arequipa when the tomb was found. The author is due to visit the completed museum on April 14. It is as yet unknown what effect the discovery of the tomb will have on the project.

(Featured Photo: The remains have been confirmed as from the Churajón culture (Referential photo: Wilfredo Sandoval / El Comercio)