Salvadoran candidates continue to tour US 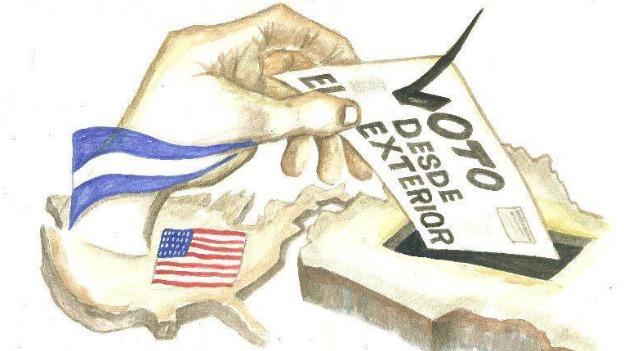 Martin Austermuhle provides some background on what El Salvador’s 2014 presidential candidates are hoping to accomplish during their roadshows in “Thousands Of Miles From Home, Salvadoran Candidates Woo Local Voters.”

Close to two million Salvadorans currently call the U.S. home; six million reside in El Salvador proper. Locally, there are nearly a quarter-million Salvadorans, and they make up the highest proportion of foreign-born residents in D.C., Maryland and Virginia. In D.C., it’s 16.3 percent, while in Maryland it’s 11.5 percent and in Virginia 10.8 percent.

“After L.A., the Washington, D.C. area is the second-largest in the United States, and so you’ll see that presidential candidates are going to come here, if not only for the vote, but also for donations and for the support. What they want to be able to say is that they support the Salvadoran living abroad,” says Ana Sol Gutierrez, who was born in El Salvador. Since 2003, she has represented a portion of Montgomery County in the Maryland House of Delegates.

For her, it’s not just the number of potential voters that attracts hopeful candidates to our region, but also what they’re worth to their home country’s economy.

We looked at this question a few weeks ago when Sanchez Ceren was in California.

Salvadoran Americans have played an increasingly important role in Salvadoran politics for the last several years. ARENA and FMLN presidential candidates frequently tour Los Angeles, Washington, D.C. and New York during campaign season. They engage in fundraising in the States. They listen to the concerns of those who are living here. They encourage them to invest in El Salvador.

Since Salvadoran Americans in the States could not vote unless they traveled back to El Salvador on election day, they were not trying to win their votes directly. However, they were trying to get them to influence how their family members voted at home.

In 2003, 2004, 2006, and 2009, ARENA would encourage them to pressure their family members living in El Salvador to vote for the red, white and blue because if the FMLN won, the damage done to US-Salvadoran relations, including TPS and remittances, would hurt them all. And some Salvadoran Americans have returned to run for office in El Salvador.

Approximately 10,000 US-based Salvadorans will be eligible to vote in 2014. The candidates want money and political support but they aren’t expecting the votes of Salvadorans in the US to matter to the overall outcome of next year’s election.