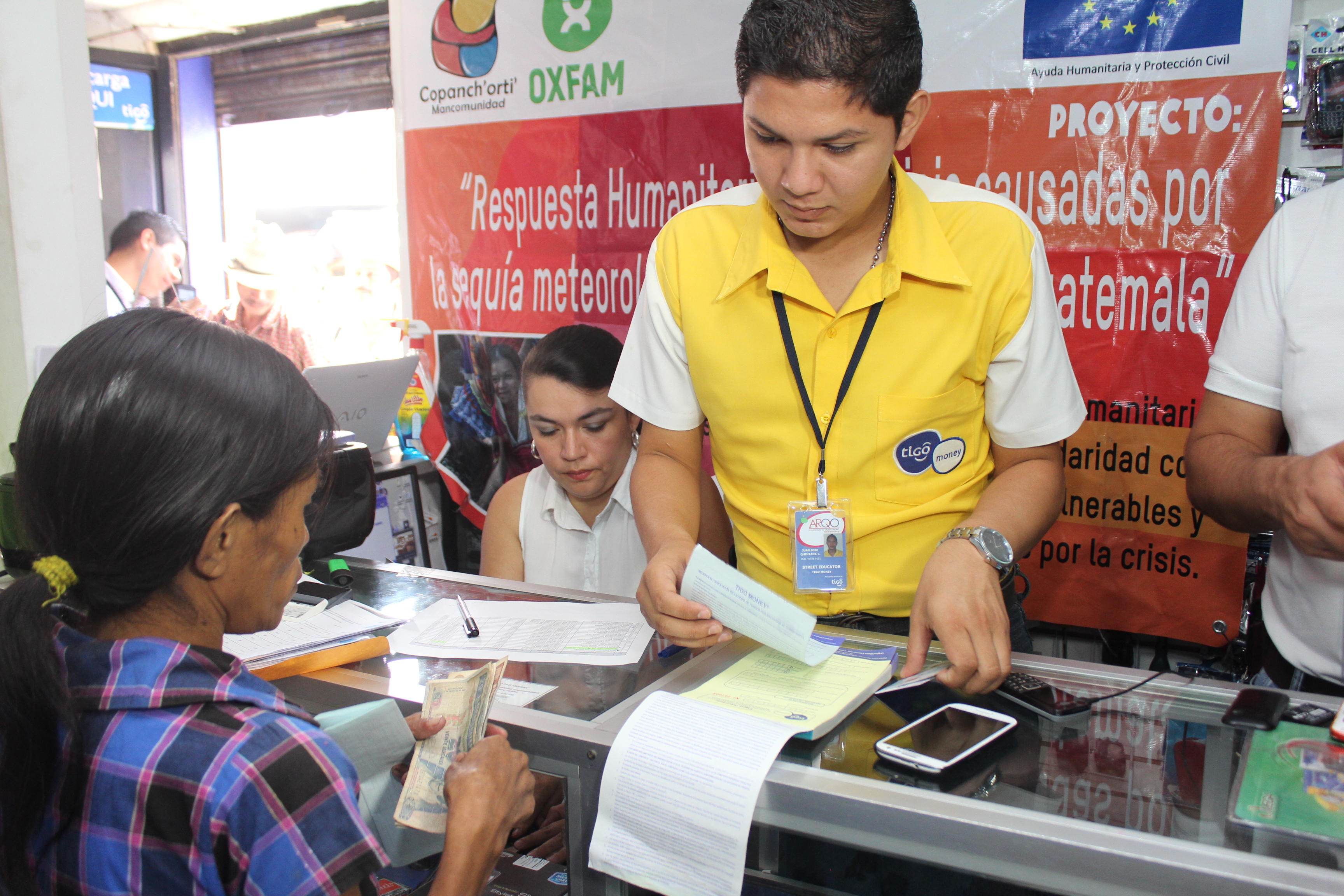 When the biggest earthquake to hit Guatemala in 30 years struck San Marcos in the Western highlands last year, more than one million people were affected. Houses were reduced to rubble, communities were cut off from electricity, food and drinking water, and many of the roads in the surrounding area became impassable – making the process of getting aid to survivors a logistical nightmare.

According to the United States Geological Survey, 139 people were killed and more than 5,250 people left homeless after the 7.4 Richter-scale earthquake struck in November 2012.

The following month, international aid organization Oxfam teamed up with mobile phone service provider Tigo to deliver financial aid via text messages to families who had lost their homes.

“The money transfers allow the beneficiaries, the families affected by disasters, to decide how to cover the needs that they consider to be a priority at that moment in time,” said Oxfam’s program coordinator in Guatemala, Iván Aguilar.

Poverty is widespread in Guatemala with 51 percent of the population living below the poverty line, according to 2009 figures from the World Bank. Many of the country’s most vulnerable people live in rural locations that have little or no access to traditional banks, making the formal mechanism of money transfer almost impossible.

However, using mobile phone technology to deliver cash electronically is becoming the preferred method of sending aid after natural disasters and is transforming how aid organizations reach isolated people in need.

“Monetary aid is a better option when compared to food aid bags because the affected families can use their money to meet their individual needs,” said Miguel Angel Avendaño Head of Financial Services for Tigo Guatemala.

“The problem with food bags is that in most of the cases its contents are already sold within the local market at lower prices. Sometimes the type of rice, corn and beans from the food bags are not the ones the families use – or they already have grains in their homes but need meat instead. Additionally, food bags are expensive to make, transport, store and distribute.”

In the past 12 months, Oxfam has introduced mobile money in Chiquimula, a department in Eastern Guatemala that has been hit by frequent drought, widespread food shortages and child malnutrition. Using this immediate method of modern money transfer, Oxfam has distributed over $282,000 to more than 1,700 families.

Maria Garcia is a local farmer in Jocoton, Chiquimula, who has been benefiting from the project:

“The money we’re getting from Oxfam through Tigo Money has helped us a great deal because we can buy vegetables, rice, maize, oil – this is what we’re investing in with the money we receive,” she said.

Mobile Money is aimed at Guatemala’s unbanked population, who manage their daily finances with cash only. It offers the tools to drive financial inclusion and build a future platform to grant access to affordable financial tools such as Micro-Loans, Micro-Savings and Micro-Insurance.

Oxfam and Tigo recently announced they would continue their alliance and are planning to introduce an ‘Immediate Response’ program, which will allow them to organize the delivery of financial aid to affected areas within 48 hours of a natural disaster occurring.

“Disasters usually affect the country’s infrastructure and disrupt the usual economic activities. The most affected areas and people are those with scarce resources and those who manage their finances with cash only, and do not have access to insurance or savings. It’s important to send monetary aid within 48 hours to help the affected population recover their economic losses and reactivate the local trade and economy,” said Avendaño.

This is the first Tigo Money/Oxfam project worldwide; however, the mobile phone service provider is currently working on similar initiatives with other non-profits in Latin America and Africa.