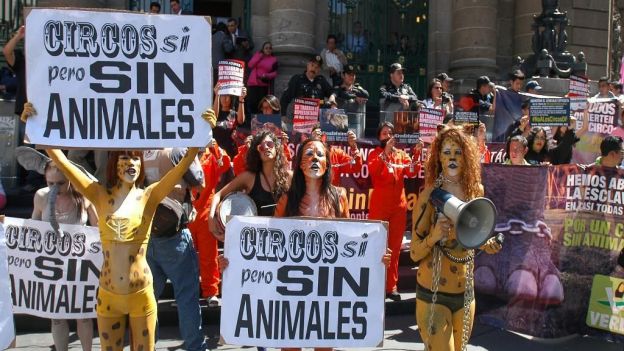 LatinaLista — Awareness of animal cruelty has always existed but the moral will to do something about it on a large scale is relatively new, thanks to social media. Take for example Southwest Airlines and SeaWorld.

The two companies have had a 25-year-strong marketing partnership that essentially made Southwest Airlines the official carrier of the marine park. Visitors to any of the three SeaWorld locations (Orlando, San Antonio, San Diego) could always count on seeing the familiar Southwest Airlines logo on park signs and flyers never got tired of seeing Shamu, the killer whale barreling down the runway.

It was a partnership that Sea World didn’t think was suffering from wobbly sea legs, especially since they had commissioned only last year a new addition to the SeaWorld Specialty Fleet.

Yet, protests by animal activists, an online petition that garnered 30,000 signatures, and the release of the disturbing documentary Blackfish, about how captivity harms whales, pressured Southwest Airline officials enough to recently announce they were ending the relationship. Though the airline still plans to offer vacation packages to the parks, the days of seeing flying whales in the sky will be history.

In an effort to smooth over the bad publicity, SeaWorld declared the decision was mutual and said it wanted instead to concentrate on growing markets in Latin America and Asia.

If SeaWorld officials think there are no animal rights activists south of the border, they should take another look.

Mexico’s animal rights activists have been on a mission of their own — to protect circus animals from abuse. Their actions have drawn a lot of attention and fear from the country’s national association of circus owners who claim the activists are using social media “urging people to go burn down circuses.”

In a country where protests are common and rarely get the attention of the government, one about saving animals is striking a chord. As a result of the circus campaign, a controversial law was successfully passed in Mexico City and 32 states prohibiting circuses from using lions, tigers, elephants and other “wild” animals.

Ironically, the law doesn’t extend to dolphins, bullfights or the animals used in traditional Mexican rodeos. How long the new law will stay is anyone’s guess with a counter social media campaign underway to get the new law appealed.

But it’s clear that an issue that used to fly low on people’s radar has gotten a boost thanks to social media and is turning the tide with companies and governments now feeling the pressure, like never before, to do the right thing to keep constituents and consumers happy and animals treated more humanely.