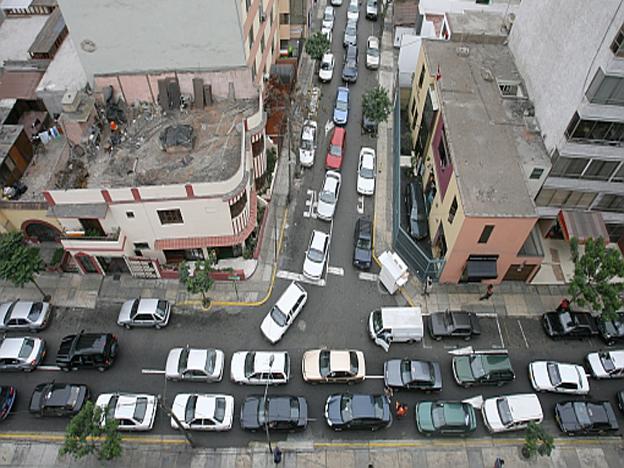 Andrew Younghusband is dedicated to traveling around the world looking for cities with the most chaotic traffic.

The Discovery Channel recently released a documentary about driving in various cities around the world, called “Don’t drive here!” One of the episodes in the documentary series features Peru’s capital city of Lima. It highlights the often-hectic state of the traffic situation here.

The program follows the experiences of driver, Andrew Younghusband, who is dedicated to traveling to the cities with the most chaotic traffic in the world. As part of this series, Younghusband visited New Delhi, Bangkok, Manila, Mexico City and Ulaanbaatar in Mongolia.

“Unless you want to die in a crash, don’t drive here,” is one of the phrases Younghusband uses to start the program.

During the filming of the documentary, the host shows what it is like to get your license in Peru and drive a taxi around downtown. He even gets behind the wheel of a “killer combi” and takes a turn delivering fast food on a scooter for Twist Burgers in Barranco.

This Discovery Channel program shows a slice of Peruvian life that most of us in Lima see on a daily basis.

Discovery Channel, Lima, Peru, traffic
Previous Post Commentary: Finding Diversity and My Voice with a Flashlight and a Pen
Next PostVideo: Fifty years after the March on Washington, some question if racism still exists in the U.S.A.

Commentary: Finding Diversity and My Voice with a Flashlight and a Pen
1 Comment
Video: Fifty years after the March on Washington, some question if racism still exists in the U.S.A.