LatinaLista — Not everybody learns at the same rate. Depending on a number of issues — a student’s interest, comprehension, access to supplemental resources — some students just learn faster than others. Two Colombian university friends and engineering majors, who were tutoring younger students in math and science for extra money while in school, discovered that if their students weren’t given a time limit on learning science and math they did much better mastering the subjects. 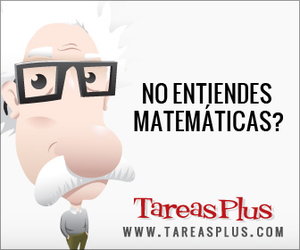 “We have a network of professors that are giving the video tutorials but out of the 1200 videos 80% were produced by
Roberto Cuartas an Industrial Engineer and founding partner of Tareasplus,” said Hernan Jaramillo, founder and CEO of Tareasplus. “We have delivered more than 4.8 million lessons.”

Any Spanish-speaking student looking for additional help with their math and science lessons — and they can live anywhere — can access the instructional videos for free online. As of now, Jaramillo says that the top four countries from which students are accessing the site are Colombia, Mexico, Chile and Argentina. Though Jaramillo and his partner, Roberto Cuartas, see Spanish-speaking Latin American countries as the growth markets, they hope to also include Portuguese-language videos for students from Brazil.

“We want to grow our library of content to meet the current Latin American demand for this type of content learning process and further along build a more robust platform,” said Jaramillo. “In one single day, we deliver the equivalent of 100 days of continuous 24/hrs classes, or to put it in practical terms, every 3 seconds a student in Latin America starts a lesson with Tareasplus.”

To their credit, the founders of Tareasplus recognize that girls learn math concepts differently than boys, especially when it comes to spatial recognition.

Spatial skills, which help people figure out maps and interpret technical drawings, are important to everyday living as well as performing well in school and on the job. Scholars have known for some time that males outperform females by adolescence.

To help girls in this area, Jaramillo and Cuartas plan on producing content with “enhanced animated visuals which enhance “spatial” recognition.”

“We’re thrilled to know we are making an impact in the lives of students who visit us 3 or 4 times a week to supplement their in-class learning,” said Jaramillo. “Tareasplus helps students thrive and supports their aspiration of a better education, particularly in Latin America, where demand is ever-growing. We know this is only the beginning – we are now at the inflexion point to truly empower anyone, anywhere to learn anything.”