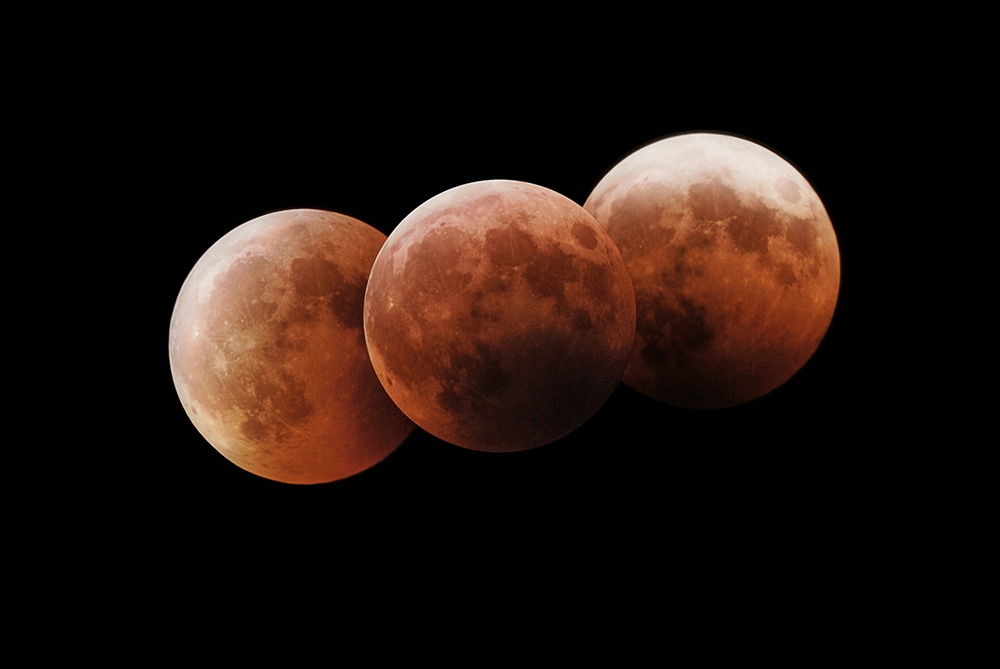 LatinaLista — April 15, 2014 is a “red” letter day on the calendar. Not because taxes are due but because a celestial phenomenon that hasn’t happened in 10 years will be visible — the start of a full lunar eclipse tetrad.

Tuesday’s lunar eclipse is the first of four full lunar eclipses that will happen at six-month intervals: Oct. 8, 2014, April 4, 2015 and Sept. 28, 2015. The eclipse tetrad is referred to as the “Blood Moon Tetrad” because the moon will shine red during the total moon eclipse.

The strange red glow is attributed to the full moon reflecting sunsets and sunrises happening all around the world as the sun shines through the Earth’s atmosphere.

For a change, it’s not some remote island or inaccessible mountain top that will grant the best viewing but just about anywhere in North America and the western part of South America — for those who don’t mind interrupting their beauty sleep at 3 a.m. EST to see the moon in its full red glory.

Because a Blood Moon Tetrad is such a novelty, with the next one not happening until 2032, a group of Spanish astronomers are making their way to a mystical place to commemorate this special event.

Astronomers with the GLORIA project — GLObal Robotic-telescopes Intelligent Array,” an open-access network of robotic telescopes — will broadcast live the lunar eclipse from the ancient Inca site of Saksaywaman, in the Sacred Valley of the Incas.

The symbolism of the place and the event are not lost on these scientific researchers:

This pre-Columbian civilisation devoted a lot of time to the study of the sky and worshipped the Sun god, Inti. Recording the movements of the Sun and stars was significant to the Incas both for religious reasons and also because these movements were related to seasonal changes that were important for agriculture. The famous Temple of the Sun (Coricancha) in Cusco has forty-one directions marked out. Some of these correspond to astronomical alignments, such as the direction of the rising or setting sun at the June and December solstices.

In addition to the Inca location, another group of GLORIA astronomers will be watching another phenomena during the total lunar eclipse.

GLORIA will also observe the event from Teide volcano. Located on the Canarian island of Tenerife, its altitude of 3750m offers an intriguing observational prospect. When a total lunar eclipse occurs close to sunrise or sunset at Teide, the shadow of the volcano aligns perfectly with the eclipsed Moon.

Both teams will live broadcast for 55 minutes on the web in both English and Spanish. Check the website for start times.