The Peace Corps Pullout in Honduras

But there remain tremendous social and economic needs in Honduras, as in El Salvador and Guatemala. Abandoning these countries may be a sensible precaution for the Peace Corps, but it must be said that the move comes at a time when the people of this region can least afford it.

There is no way to put a positive spin on yesterday’s withdrawal of 158 US Peace Corp volunteers from Honduras. The decision to leave was made by Peace Corps authorities in Washington, DC. The organization is also suspending its work in neighboring El Salvador and Guatemala.

While there has been concern by the US government over the high homicide rate in Honduras, gang violence, and the growing presence of Mexican drug cartels in Honduras, neither the Honduran government nor US officials have cite specific threats against Peace Corps personnel in the country. In fact, Peace Corps volunteer, Jared Metzker, today criticized the pullout.

In an Op-Ed piece in today’s Los Angeles Times, Mr. Metzker, argues that the safety concerns have been overblown. He notes that only one Peace Corps worker has been killed in Guatemala in the more than 40 years the organization has been there. “Guatemala is not Afghanistan. Not even close,” writes Mr. Metzker. 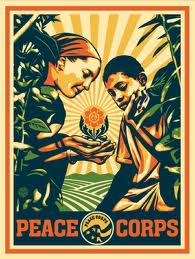 Mr. Metzker continues, “Americans who ride the bus in Guatemala are indeed often targets of pickpockets on the hunt for money, cellphones, cameras and iPods. Volunteers are no exception to this rule, and most of us have been fleeced at least once.

It’s usually a nonviolent affair, though, and, aside from the hassle of having to fill out Peace Corps reimbursement slips, it’s not a big deal. Officially, however, every such incident is misleadingly categorized as a robbery, a term that by definition implies violence, real or threatened, and that makes the incidents seem much worse than they actually are. Consequently, the media latches on to the upward trend in this scary category of crimes and vaguely connect it to the real but unrelated horrors of the drug cartels… ”

Mr. Metzker tries to put it all into perspective by noting, “I am not saying violence against Peace Corps volunteers is unheard of or to be taken lightly. Serious calamities have affected some of my friends here. One of them was on a bus that was in a fatal accident, but he walked away uninjured, thank goodness. Assaults, sexual and otherwise, are probably more likely to happen to us here in Guatemala than in the US (depending on where in the States we hail from), but that’s sort of part of the deal.”

Again, there is no point in attempting to sugarcoat the situation in Guatemala, El Salvador, or Honduras. They are among the countries with the high murder rates in the world, and things do not seem to be getting any better. In Honduras, the military has been deputized to assist the police patrol the streets.

But there remain tremendous social and economic needs in Honduras, as in El Salvador and Guatemala. Abandoning these countries may be a sensible precaution for the Peace Corps, but it must be said that the move comes at a time when the people of this region can least afford it.

Despite the loss of the Peace Corps in Honduras, there are still more than hundreds of non-governmental organizations (NGOs) working in the country engaged in tremendous volunteer efforts, and there are more than 2,000 volunteer missions planned for this year by medical brigades, churches, universities, Rotary Clubs, hospitals, and foundations… mainly from North America. A small sampling of these missions can be viewed at http://www.hondurasweekly.com/news/missions-calendar/ (1/17/12) (graphic courtesy Internet)