Latina Lista: News from the Latinx perspective > Columns & Features > Global Views > Uruguayan shoe company appeals to buyers to clean up environment and get a discount 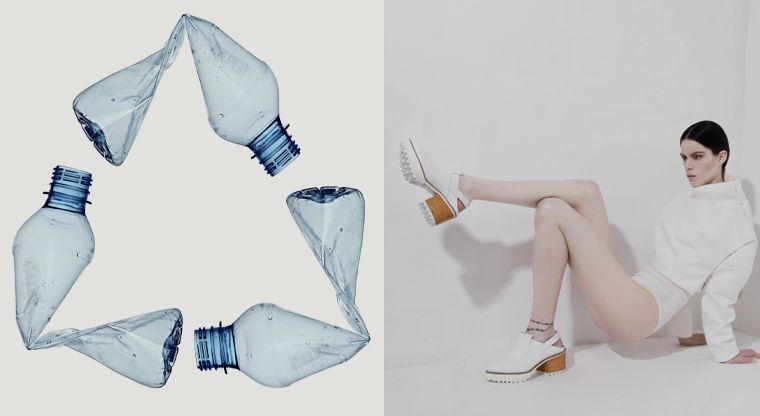 LatinaLista — Uruguay is the second smallest nation in Latin America. Yet,some of its businesses have a big heart. Mamut, an international shoe brand based in Montevideo, Uruguay, partnered with a local recycling plant to offer Uruguayans a deal they could click their heels to.

For every plastic bottle someone turns in when purchasing Mamut shoes from the summer line, they receive 100 pesos, equivalent to US$4.00. The money goes towards the 40 percent discount each person gets on a pair of shoes when cashing in on their bottles.

Nestled between Argentina and Brazil, Uruguay’s southern border flows into the South Atlantic accounting for over 400 miles of sandy beaches, resorts and the “Monaco of South America.”

It’s a popular summer destination (happening now since Uruguay is south of the equator) and a natural magnet to the thousands of Uruguayans flocking to the cool waters trying to escape a summer heat wave gripping the country.

Unfortunately, with so many people enjoying the beaches, they bring with them their own trash, which only adds to the mounds that are already making some beaches less than desirable for tanning or swimming.

Will Carless writes for the GlobalPost:

But when it comes to keeping stuff clean, this country’s stuck a few decades back.

Firstly, the beaches of Montevideo — the capital city’s main asset — are blanketed in garbage for much of the year. And we’re talking serious trash: old fridges, rotting fish carcasses and plastic by the truckload.

Inland, it’s much the same.

Trash piles up on almost every street corner of Montevideo (at least during the winter; the place spiffs up considerably in the summer). Drive out to the country on the main roads and you’ll see that every rest area has become an impromptu dumpsite, packed with plastic bags and glass bottles.

It’s no wonder concerned citizens want to do something to clean up their country.

Initially slated for a two-week run to end on Valentine’s Day, the campaign has proven so popular it was extended until March 1.

Maybe someone will want to make it year-round sans the shoes.