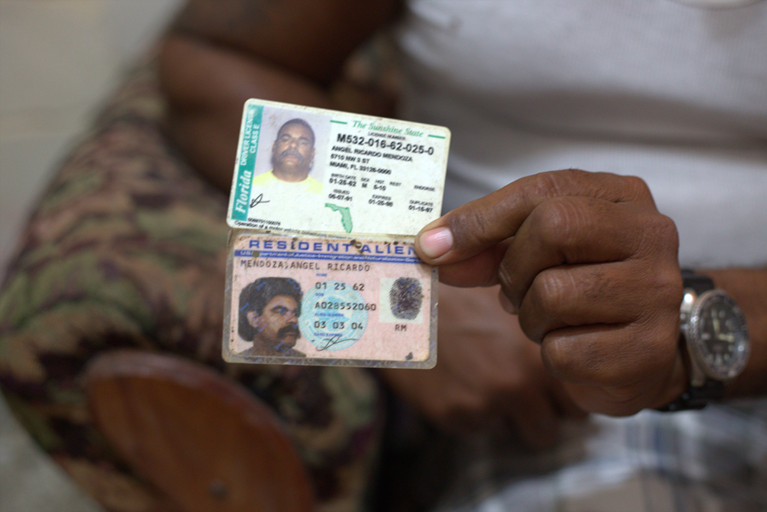 An investigation conducted by a Florida newspaper revealed that numerous Cuban criminal networks operate in the United States, a phenomenon facilitated by US immigration policies that will likely change as the two countries restore diplomatic ties.

According to a yearlong investigation by the Florida Sun Sentinel, criminal networks run by Cuban citizens are engaging in a wide range of illicit activites in the US, including fraud, cargo and fuel theft, and marijuana production and trafficking.

The newspaper found that criminals take advantage of US immigration laws granting special status to Cubans, who are automatically considered political refugees. This allows Cuban criminals to enter the United States without a visa or background check, return home to visit multiple times (often carrying cash) or send money back to the island. They can also flee back to Cuba if they are caught by US authorities. Because of the historic lack of cooperation between Cuba and the United States, Cuban fugitives are usually out of the reach of US law enforcement once they return to their home country.

In total, the Sun Sentinel estimates that these conditions have enabled Cuban criminals to steal at least $2 billion in the United States since 1994. Although Cubans make up less than one percent of the US population, Cuban nationals represent 41 percent of health care fraud arrests (compared to 29 percent for US born defendants), 10 percent of credit card fraud arrests, and 9 percent of marijuana trafficking and production arrests nationwide.

The figures in Florida’s Miami-Dade county, where 24 percent of the population is Cuban, are even more startling: close to three-quarters of health care fraud arrests and almost 60 percent of marijuana trafficking and production arrests involve Cubans.

Low Risks, High Rewards
According to the Sun Sentinel, Cuban criminal networks typically engage in activities that can bring in huge profits, without the threat of a lengthy prison sentences. A Medicare fraud scheme, for example, can bring in millions of dollars in profits, but the average sentence for Medicare fraud is around four years, the newspaper reported.

However, in many cases the perpetrators are never sentenced. Cuban criminals often flee to Cuba after posting bond or even before authorities issue an arrest warrant, escaping by boat or plane, or across the Texas-Mexico border. As a result, according to the newspaper, there are over 500 Cuban fugitives with outstanding arrest warrants for federal crimes in the United States and 500 more facing state fraud and drug charges in Florida.

The difficulties that US authorities face in tracking down a criminal in Cuba is pointedly illustrated in a letter from one Cuban fugitive, accused of participating in a million-dollar credit card fraud scheme. In a letter to the judge hearing his case, the fugitive included his return address and wrote: “Come to Cuba to look for me, do it if you can.”

According to the Sun Sentinel, the only real risk for these fugitives is having to give a portion of their money to Cuban authorities. In one case, the Cuban government seized $200,000 from the perpetrators of a Florida insurance scam when they sent millions of dollars back to their home country. US criminal defense attorneys interviewed by the Sun Sentinel said they knew of fugitives who had to decide between paying off Cuban officials or spending time in a Cuban prison.

Expert Criminals
The cases examined by the Sun Sentinel indicate that most of the Cubans running these US-based criminals networks are far from being amateurs: some schemes involved up to 100 perpetrators.

One Cuban credit card fraud network, based out of Miami, employed more than 20 people in an elaborate scheme in which criminals used stolen credit card information to buy $15 million in gift cards in 45 states, and sold the gift cards to store owners who used them to stock their shelves. One of the defendants in the case, unsurprisingly, fled to Cuba.

According to the Sun Sentinel’s investigation, the leaders of these networks often bring friends and relatives from Cuba to participate in their criminal operations.

InSight Crime Analysis
One downside of the US re-establishing diplomatic ties with Cuba is that as relations warm, criminal groups from both countries could find new ways to build relationships and turn a profit. This could include Cuban criminal networks that continue to exploit US businesses and government programs. As described by the Sun Sentinel, these networks have taken advantage of current US immigration policies and the loosening of travel restrictions between the United States and Cuba in recent years. Normalizing relations between the two countries could have the unintended consequence of providing these networks with new opportunities, as business transactions resume and travel to the island increases.

On the other hand, normalizing diplomatic relations could also have the opposite effect. Increased cooperation between US and Cuban officials could enable US law enforcement to share information with their Cuban counterparts and track down fugitives. Closer ties could also enable the US government to negotiate the deportation of around 34,500 convicted Cuban criminals living in the United States (some of whom, according to the Sun Sentinel, are repeat offenders) because US authorities were previously unable to send them home.

Additionally, the US and Cuba may now move to recognize an extradition treaty that was previously ignored by both countries. Should this happen, US-based Cuban criminal networks would face a new level of risk to their operations.

Previous Post San Diego Latino takes serving the public to new heights
Next PostCrowdfunder: Using music to help elderly with dementia/Alzheimer's reconnect with their past

San Diego Latino takes serving the public to new heights
Comment
Crowdfunder: Using music to help elderly with dementia/Alzheimer's reconnect with their past