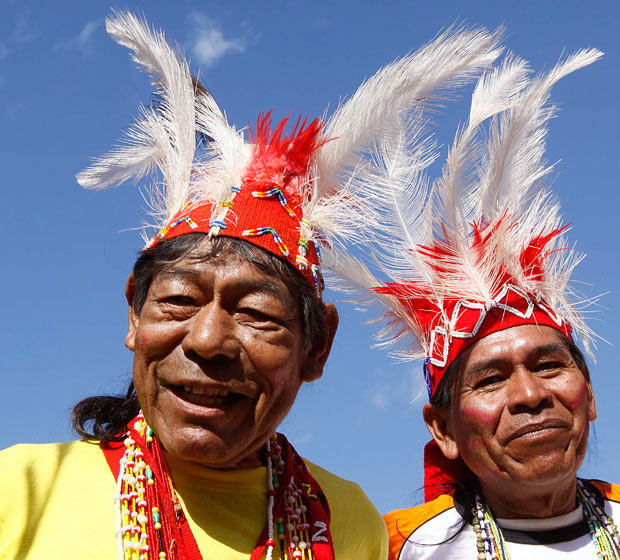 LatinaLista — If the economy, Congress or national news headlines have you feeling blue, you might want to jet south of the border to Central or South America. Not so much for the sand and sun, though that would be sure to brighten any mood, but just to feel happier overall!

Just in time for Friday’s observance of the third annual International Day of Happiness, it’s the first time in the Gallup poll’s 10 years of global tracking that all top ten countries were from Latin America. And among the top 20 countries, Latin America took 14 spots, with Uruguay, Argentina, Chile and the Dominican Republic rounding out Latino representation. (The U.S. came in at #25).

Pollsters didn’t exactly ask people if they were happy. Rather, they asked questions like: Have you experienced a lot of enjoyment, smiled or laughed a lot? Did you feel well-rested and feel like you are treated with respect? And did you learn or do something interesting the day before the interview?

The questions are supposed to gauge a person’s positive experience the day before the interview. If enough of the 1,000 people polled in each of the 143 countries included in the survey answer yes to all the questions, then that country ranks as a happy place to live.

The survey took place in 2014 which may account for the odd placement of Venezuela among the top ten, a country undergoing food shortages and internal problems. Yet, as Gallup points out, positive experiences trump materialism.

Money isn’t everything in life. Guatemala is one of the poorest countries in the world, ranking 118th in terms of GDP (nominal) per capita, yet when it comes to positive emotions, it ties for second. There is much to be learned from Latin America on this International Day of Happiness because while they aren’t the wealthiest people in the world, they are certainly among the happiest.