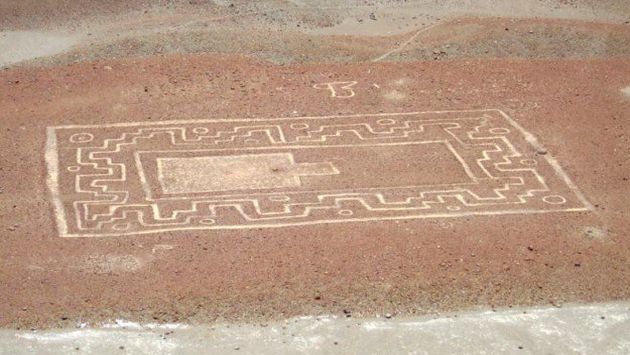 According to Peru21, the geoglyph is approximately 60 meters by 40 meters and is located in the province of Caylloma.

Peru21 reports that the initial archaeological investigations were performed at the request of the Consorcio Angostura – Siguas, an agroindustrial company that is executing an irrigation project in the area. Consorcio Angostura – Siguas would have ordered the investigation in order to receive a certificate from the Ministry of Culture stating that there were no archaeological sites in the area, allowing them to continue with their irrigation project.

Experts say that the geoglyph was created by members of the Wari culture in 1200 or 1300 AD. The geoglyph has been dubbed “Gross Munsa,” and is the only known geoglyph in Arequipa.

Peru21 reports that excavators also found other objects that they hope will help to shed some light on Wari culture and practices.