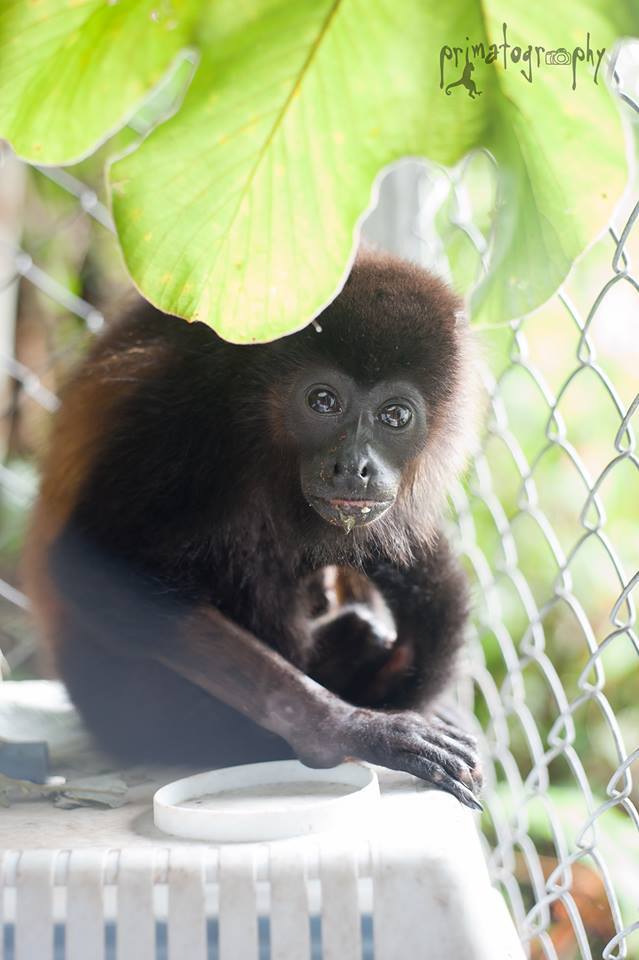 Jennifer Rice was living in Connecticut with her three-year-old daughter, when her husband passed away after a heart attack. Feeling lost and alone, she ended up traveling around the world with her toddler. After visiting countless countries and climates and cultures, she ended up in Costa Rica.

“I searched around the world and I was drawn here. The signs were clear,” she says of the first time she visited Costa Rica, 21 years ago. “It was a leap of faith,” she adds, about her decision to stay in this small Central American country, and raise her small daughter, Janine.

Jennifer and Janine were in a national park shortly after landing in Costa Rica. As Jennifer meditated, she felt at one with the environment. At that time, she had no idea just how closely tied she would become to the Costa Rican eco-system.

When Janine was still very young, she noticed the impact of the human encroachment on the natural wild life. She and a friend set up a cash box and started selling things on the road. They raised $80. Jennifer matched their dollars, and they made a contribution to a charitable entity in the Nicoya Peninsula that was assisting the animals. Jennifer reinforced the children’s endeavors even further by taking the girls on a trip to see the acreage being protected by the non-profit they supported.

That trip was a heart-breaker for the young girls because the acreage they purchased could not be identified. Instead of being discouraged, however, Jennifer suggested that the girls establish their own wildlife protection program. “You can make a difference,” she told them. “You can start your own organization where you can see what happens.”

Eventually, others joined them, and the initiative that started when the girls were only nine years old, grew and grew into Kids Saving The Rainforest (KSTR), a 501c3.

“We set a goal, and it comes,” says Jennifer. “Everything keeps evolving.”

Today, at any given time, there are about 100 animals at the KSTR Wildlife Rehabilitation Center and Wildlife Sanctuary being cared for by a staff of 12. Tourists can visit the sanctuary, or, proffer their time at the three-story volunteer center located 20 minutes from the Blue Monkey Hotel.

Jennifer is both president of KSTR, and owner of the Blue Monkey, a mid-sized hotel complex that had only two rooms when the girls peddled their wares on the roadside. Both Blue Monkey and the animal sanctuary are located not far from the Manuel Antonio National Park, a major eco-tourism venue.

Beatriz Madrigal has been working at the Blue Monkey for about a decade. She, and all the other staff, are involved to some extent in KSTR.

“Personally, it’s something so beautiful to be a part of,” she says. “There are very few that work in support of animals, and our hotel guests come for the animals (at Manuel Antonio).”

The animal sanctuary strives to reintroduce as many of the animals to their natural habitat as possible. “They’re all different stories. We even release some with missing limbs,” says Jennifer. “We study them and evaluate if they can survive in the wild. We have the right environment and manpower to do what’s needed to get them back into the wild.”

Madrigal is clearly disheartened about the state of the animals that end up at their shelter. “They have been electrocuted, run over (by vehicles), lost or abandoned.”

Most the animals being cared for at KSTR were critically near extinction, according to Jennifer. The squirrel monkey is one example of a sub species native to this region. In the year 2000, there were 1,200. Now, through the help of her non-profit, there are an estimated 3,700.

“Monkeys have five limbs,” explains Jennifer. “They use their tails, and were being electrocuted on the utility lines. Sloths can crawl into the transformers and get electrocuted. If they don’t cross over (the road), they run across and get hit. Or, they get separated from the others, or end up being isolated. Inbreeding occures when troops can’t reach other troops.”

Beyond nursing the animals back to health and re-releasing them into their native habitats, Jennifer’s team has developed a bridge program. Working with the government of Costa Rica and the electric company, KSTR identifies the most trafficked areas where the animals cross over the road. Then, they install nylon ropes that allow the animals to safely maneuver. There are now 130 nylon bridges, thanks to KSTR. That’s not the end of the story.

“We monitor the bridges. A month later, branches grow into live wire, so monthly we have to tell ICE (the electric company) where to cut back.”

What started as a young girls’ project has turned into a fairly costly enterprise that relies on human financial contributions. One hundred percent of the Blue Monkey’s gift shop proceeds go to KSTR. The sanctuary is remote, and they just invested in power for Internet to facilitate communication between the vet techs and the outside world. The Costa Rican government continuously sends animals to the sanctuary, but no funding.

“We rely on word of mouth,” adds Madrigal. “Advertising is very expensive. We need a lot of help.”

“We believe the rainforest is a storehouse of treasures. We vow to do everything we can to save it. With the vanishing rainforest goes the future of our planet. We have to be the generation that makes a difference.” — KSTR’s Pledge

Deborah Charnes has more than 30 years experience working in multicultural communications. She is owner of The Write Counsel.

Sonya Sotomayor Shares How She Lives In Her Two Worlds
Comment
Guest Voz: For American Farmworkers, ‘Guest Workers’ Proposal is Not Immigration Reform