Latina Lista: News from the Latinx perspective > Columns & Features > Guest Voz > How to encourage better and more meaningful political participation in the US 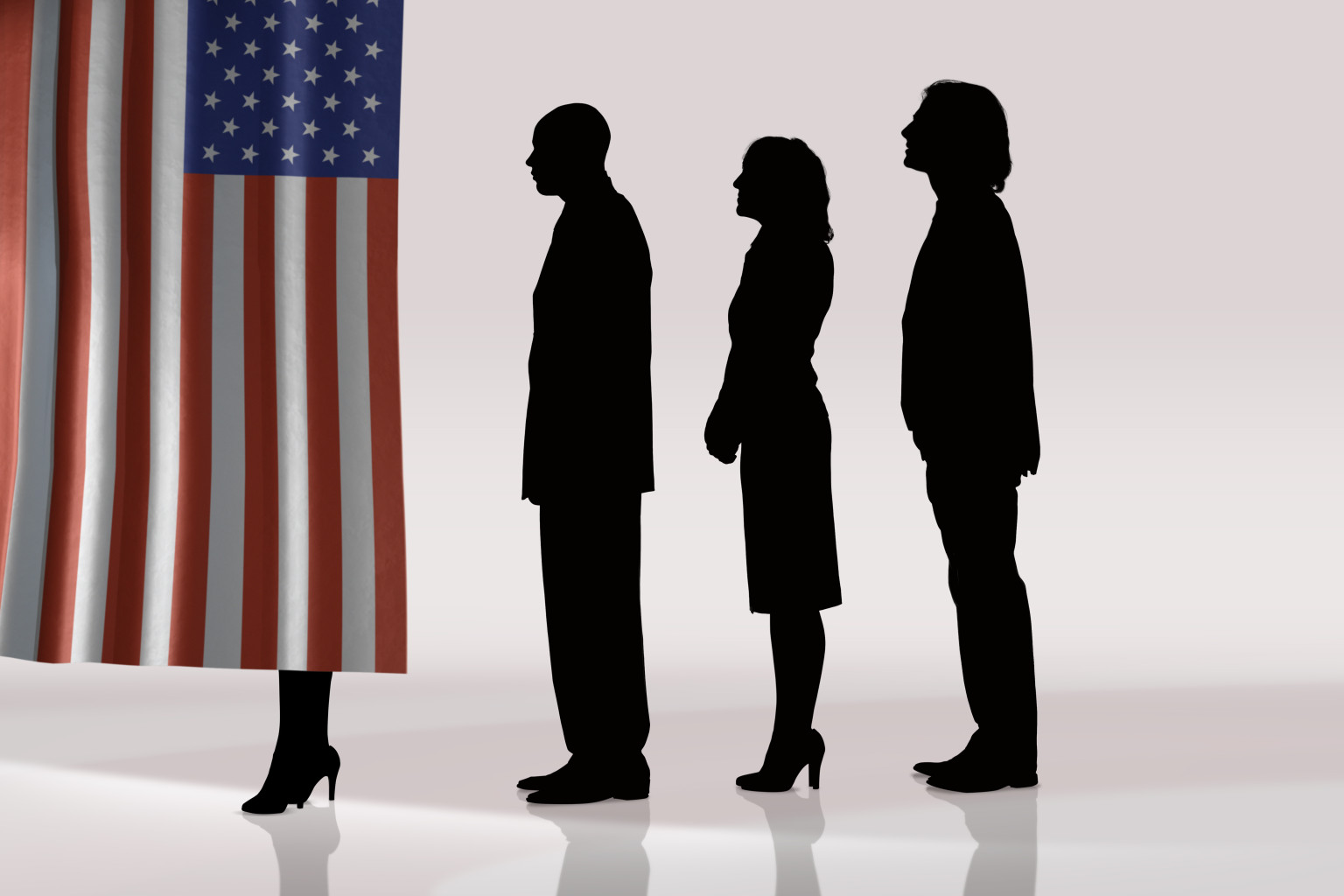 Every two to four years, there is a lot of conversation about how to increase voter turnout and participation in the United States. Some helpful facts resurface: Americans’ affiliations with organizations that purport to represent their interests—political parties, labor unions, religious institutions, and community-based organizations—are at historic lows, as is their trust in government institutions. As such, voter participation remains low, and communities of color and poor communities are largely excluded from the political process. So the million-dollar question is: How can people participate in their communities and the political process in ways that build their sense of agency and encourage further participation?

Hahrie Han, a political science professor at the University of California, Santa Barbara, prepared a report for the Ford Foundation that puts forward a framework for doing just that. In it, she explains why and how participation can be made more:

These three dimensions give us a better sense of how to assess efforts that are designed to increase people’s participation and make it more meaningful.

If we build it, will people come? Not necessarily

For example, automatic voter registration (AVR) is a policy solution that seeks to address one of the biggest barriers to greater political participation—registering to vote. Recently released data from Oregon, the first state to pass AVR, shows that AVR helped increase registration rates. But by applying Han’s framework, we see that changing policy to remove barriers is necessary but not sufficient to increase and sustain greater voter participation. Indeed, passing automatic voter registration does not guarantee that more people—especially more poor people—will vote in greater numbers. There are also concerns that AVR may not reduce persistent disparities in the electorate—because while it makes the pool of registered voters more representative of the country’s diversity, it does not address voter motivation, especially within lower-income communities.

That’s because automatic voter registration addresses only one of the three dimensions of participation: AVR makes voting more possible. But building it does not necessarily mean people will come. In fact, history tells us that policies like AVR may not transform patterns of participation or the status quo. In 1993, the national “Motor Voter” law required state governments across the US to offer voter registration to anyone who applied for or renewed a driver’s license or public assistance. But a study of the law’s impact showed that while it increased voter registration rates, voter turnout actually decreased by five percentage points in the next general election. There are plenty of other examples of how this kind of policy intervention has failed to increase participation rates in low-income communities and communities of color.

Participation beyond the possible

So how can policies transform political engagement to make it not only possible but also probable that people will participate?

Social Security is a good example of how policy can transform people’s patterns of participation and engagement. Social Security was designed as an economic security program to reduce poverty among the elderly. But as MIT political scientist Andrea Campbell demonstrates, it also created structural incentives for the elderly to participate in politics by “(a) giving them the resources of money and free time; (b) enhancing their levels of political interest and efficacy by tying their well-being visibly to a government program; and (c) creating incentives for interest groups to mobilize them by creating a political identity based on program recipiency.” This last point is key: Social Security created the conditions for organizations like the AARP to mobilize and solidify this constituency as one of the most consistent group of voters and dominant political blocs of the latter half of the 20th century.

What kinds of 21st-century policy solutions would set the stage for making the participation of communities of color and the poor more probable and powerful in our democracy? Political participation in the US has been problematic for much of our nation’s history. In fact, the only time we had anything near full participation was when only white men could vote. Voter turnout declined from 79 percent of the eligible voting-age population in 1896 to just 49 percent in 1920, when women gained the right to vote. In the South, voter turnout began a precipitous decline after the withdrawal of federal troops in 1877, hitting its nadir in 1920 at 22 percent, and increasing only after the passage of the 1965 Voting Rights Act. (The VRA, as many know, was effectively gutted by the Supreme Court in 2013, but there is evidence to suggest that over time its ability to translate the right to vote into political power for communities of color was somewhat diminished.) It’s simply unreasonable to think we can undo centuries of structural racism and misogyny in our electoral processes simply by removing barriers to voter registration and participation.

But also, we cannot simply import lessons from the past. Organizations—both political and apolitical—have historically functioned as “schools of democracy” that shape people’s civic and political identities. Although the Elks and Shriners, for example, were not expressly political organizations, they served as effective channels for white people’s participation in the 19th and early 20th centuries. One could say the same about black churches for black participation, particularly during the civil rights movement. We can draw important lessons from how these historic organizations powerfully shaped people’s political identities and instilled civic norms—Ziad Munson has synthesized learnings from some more contemporary and more political movements—but we also have to think about how to adapt them to the modern era.

Making participation more possible, probable, and powerfulmeans thinking about how individual acts of participation can have the most impact in the world. Most institutions, especially government, don’t respond to individual demands (unless you have a lot of money) as well as they do to collective action. So a single act of protest is relatively unlikely to result in transformational changes in the status quo.

But collective action should serve to make the whole greater than the sum of its parts. Organizations are critical parts of that equation, and we can learn even from those whose ideologies we disagree with. In his studies of the so-called “pro-life” movement, sociologist Ziad Munson found that “47 percent of activists at the frontlines of the movement were either pro-choice or indifferent to issues of abortion when they joined the movement.” In other words, their views on abortion did not precede their participation in the movement, but were formed as a result of it. Even more interesting: Public polling consistently shows that a majority of people favor legal access to abortion, but public policy is generally headed in the opposite direction. So how has this minority perspective been able to effectively control the policymaking agenda, and have such a transformative impact on individual civic behavior and attitudes?

Applying Han’s framework, one could argue that organizations that oppose abortion have created the conditions for powerfulparticipation. They have created meaningful opportunities for people to participate in their community and in the political process, where these organizations (albeit representing a minority perspective) can strategically aggregate and leverage collective participation to change policy. This is in some ways similar to the role that organizations like the AARP play vis-à-vis Social Security. According to Han and other scholars, the organizations that are best able to create these conditions possess what Harvard professor Marshall Ganz calls “strategic capacity”—that is, the capacity to turn what you have (your resources) into what you want (your goals).

In the 1960s, two organizations competed to organize California’s 100,000 farmworkers: the better-resourced AFL-CIO Agricultural Workers Organizing Committee and the United Farm Workers (UFW), led by Cesar Chavez. Why did the UFW, which had fewer resources, succeed where the AFL-CIO AWOC failed? Some scholars think it was because the UFW had strategic capacity. Strategic capacity is not just making plans; according to Ganz it is “a function of who leaders are—their identities, networks and tactical experiences—and how they structure their interactions with each other and their environment with respect to resource flows, accountability and deliberation.” So the UFW was able to devise a more effective strategy “because the motivation of its leaders was greater than that of their rivals; they had better access to salient knowledge; and their deliberations became venues for learning.”

Understanding what works—and what doesn’t

But what, ultimately, does strategic capacity consist of, and how do scholars identify and research it? In the nonprofit sector, organizational strategic capacity remains ill-defined and understudied. As Han’s report points out, the private sector is light years ahead of us in this area: They spend a lot of time and money trying to understand why some businesses succeed while others fail. There is unfortunately far less literature that investigates this question from a non-profit perspective. Moving forward, developing a deeper and more holistic understanding of how to strengthen strategic capacity (along with a precise set of metrics) may help philanthropy place more value on organizations’ role in creating the conditions for social change.

There is a lot we don’t yet know about why increasing and improving participation is so challenging in the US—but we do know that strengthening organizations needs to be at the heart of any meaningful effort to do so. Part of the key to unlocking participation will be developing a better understanding of the nexus between probable and powerful participation. There is certainly a role for policy in this discussion, at least to the extent that policy can determine the boundaries of political constituencies. Ultimately, though, we need strong organizations that can make the leaps between individual participation and collective action, and between collective action and tangible improvements in people’s lives.

This blog post is based on research by political scientist Hahrie Han of UCSB. Read her full report. Hahrie Han can be found on Twitter @hahriehan. Ethan Frey, Program Associate for Civic Engagement and Government, is @ethanfrey.