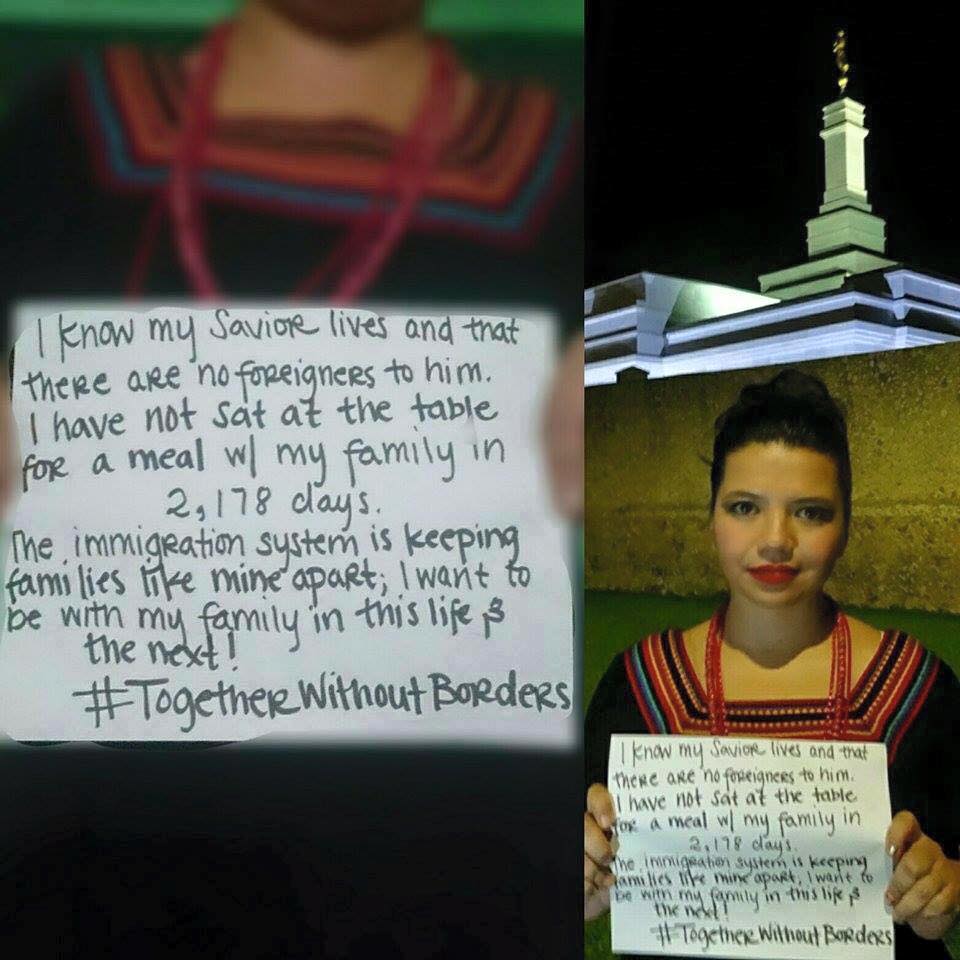 It’s been a few weeks of soul searching and conversation between myself and God. During a 4 hour drive from Cancun to Merida, I took advantage of the nighttime darkness and the starry stretches of rain forest road and poured my heart out. I really, really needed a rest. I needed to feel like I too could have a space where I could join to things that are irrevocably intertwined (my spirituality and my activism). I conversed in silence for a few hours and figured that even if the prayer led to nothing, I had at least unburdened myself some.

I don’t get God’s timing, and I am not at all sure why some things take decades to be answered and some less than the time it takes to deliver pizza. This time, it was the latter- I sat with a message from someone whom I’d interacted with minimally to see a proposal to do something that built with both things on hand, and I cried. The name of it? #TogetherWithoutBorders.

#TogetherWithoutBorders is an effort to bring mercy, love and compassion to the forefront of the immigration conversation. Right now, it is a bunch of Mormons because, well, Mormons know a lot of other Mormons (especially in Utah, go figure). But how inspiring is it to see those of other faiths joining in!

As for my part, I feel gratitude and an immense sense of hope at the sight of so many faces, lovingly reaching out to those Christ protected.

The scriptures themselves are full of immigrants — from the children of Israel, to the Good Samaritan, to Lehi guiding his family out of Jerusalem, our religious traditions have a rich heritage of people who faithfully followed God where he would lead them, even if that included strange lands (Lehi), people who hated their existence (Samaritans) and wandering in the literal desert (The Children of Israel), coming to join those of their faith, or running from government persecution (pioneers).

Even Mary, had to go to a foreign land to save her small child from the unrighteous government that was massacring those like him.

I have been buoyed by the love and support of so many who have boldly drawn circles that claim me as their sister, as a worthy and full person regardless of where I was born.

And maybe, for me, that is where the biggest miracle lies — that there are those who would love me and those like me, who would see us worthy of love, and of a happiness and freedom to be ourselves. One of the most dangerous and violent things is the suffering in silence done by so many in the migrant community, scared to come out and unburden themselves by speaking out of fear of speaking to the wrong person and suffer immeasurable damage.

So, please, join me and so many others who have stated their truth, offered their hearts and friendship, and take a selfie with a message about family and keeping families together; share it on Twitter, Instagram, Facebook or any platform of your choosing (MySpace still exists, right?) with #TogetherWithoutBorders, and you can like them on Facebook by clicking here.

So much change can be made from our individual corners- drawing circles, to keep us in.

Azul Uribe was deported from the United States in September 2009 after having grown up in the heart of the USA. These days, Azul lives a binational life — setting up house in Merida, Mexico, though her heart calls the U.S. home. Azul blogs at Happy Cosmopolite.

deportation, DREAMer, featured, Mexico
Previous Post Why politicians with deep voices get more votes
Next PostPadreCare: For seniors suffering abuse, their Golden Years are nada más than a long nightmare

Why politicians with deep voices get more votes
Comment
PadreCare: For seniors suffering abuse, their Golden Years are nada más than a long nightmare