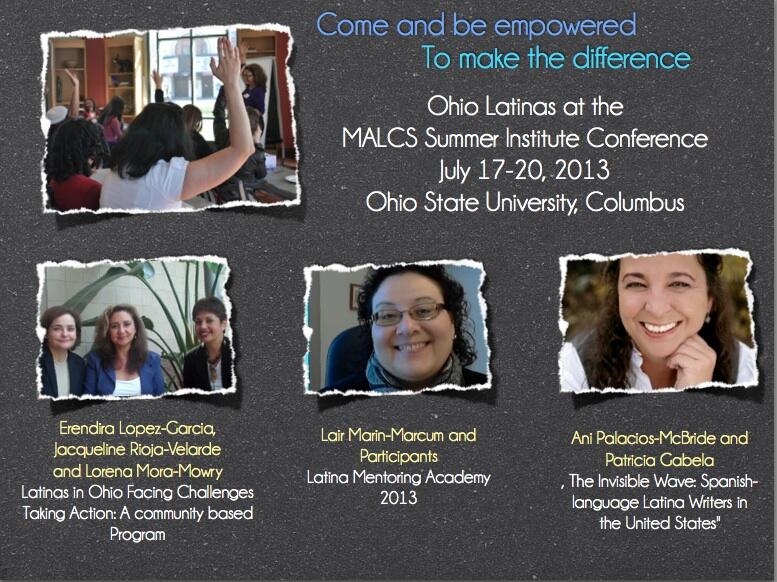 By Veronica I. Arreola
LatinaLista

Columbus, Ohio is not the first place you would guess for an academic gathering focused on Chicana/Latina and Native American women studies with a feminist heart. But last week it was!

The MALCS 2013 Summer Institute is an annual gathering of Chicana and Native American scholars. This was my first time attending. I have failed to attend in the past mostly because I have not felt that my academic work had focused on Latinas enough. But after learning that MALCS also had a STEM (science, technology, engineering and mathematics) track, I knew I needed to go to present my work and hopefully learn from other attendees.

Within the STEM track, there were presentations on the low number of Chicanas/Latinas in STEM at all levels, from undergraduate students to faculty members.

Jean Rockford Aguilar-Valedz, PhD, used Gloria Anzalduan’s writing to frame her solution of the decolonizing science education. “Why are the advances that the Incas, Aztecs and Mayans made not discussed in the same manner as European civilizations?” I could not help but hear Edward James Olmos as Jaime Escalante saying, “You burros have math in your blood!”

But it was not all statistics and graphs.

Annemarie Perez, PhD, presented her interpretation of how “Wizards of Waverly Place,” specifically Selena Gomez’s character Alex, signals “All-American-ness” through rejection of traditional Mexican customs. The epitome of this rejection was shown in a clip where Alex has a pocket elf who is dressed in full mariachi with sombrero and spoke with a thick Mexican accent. When he addressed Alex in this scene she responds with, “I don’t understand your Spanish!”

She went through her own research on Spanish-speaking in various Latino communities and showed us that Spanish is not always central to one’s Latino identity. I felt the most interesting piece of information is how Latinos who speak Spanglish are speaking Spanish and English correctly, just mixing it up. Dr. Zentalla remarked at how impressive that feat is!

Least you think that MALCS is all about theory and interpretation, Thursday night brought us “Noche de Cultura.” Through film, poetry and comedy, we explored what it means to be a Chicana/Latina in the US.

What happens when we live in one world, then head off to college and land in another?

We are always moving from one world to another, and thus in and out of roles. And MALCS seems to be the perfect place to examine all of these roles.

I cannot wait for next year to do some more exploring.

Veronica I. Arreola is a professional feminist, writer and mom. Her blog, Viva la Feminista, focuses on the intersection of motherhood, feminism and her Latinadad.