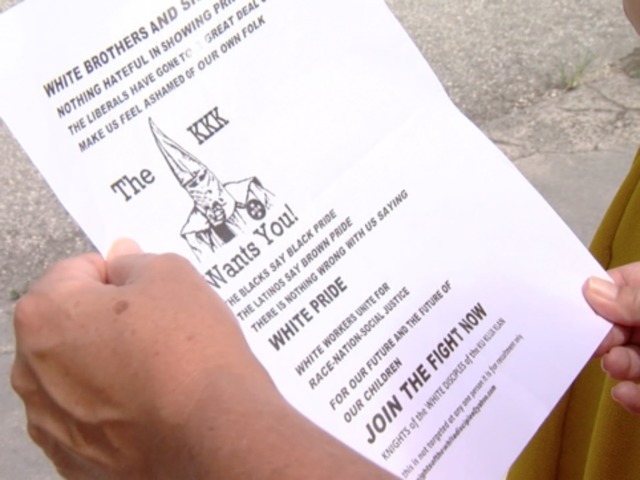 In the summer of 1996, I got in my rusty Toyota Corolla hatchback and took off on a five and a half hour drive south from the suburbs of Washington DC to a sleepy town called Abingdon, Virginia. I wasn’t sure if I’d make it because I had never driven my car more than 2.5 hours before.

After my transmission blew out six months after I bought it for $2,000, the mechanic got the gear ratio wrong so my car was always revving 2,000 RPM higher than it should. Constantly wondering whether the engine would explode was concerning.

I was back from a month-long internship at a Canon electronics distributor in Taipei and missed my girlfriend dearly. Sophomore year at The College of William & Mary in Williamsburg was only a month a way, but I couldn’t wait to see her. 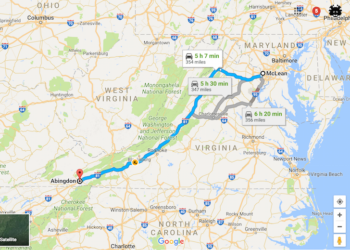 Abingdon is a beautiful town nestled in the Blue Ridge Mountain range. When I arrived, the first thing I did was give my girlfriend a big hug and go to a local greasy spoon restaurant right off the main strip. She knew that I loved grilled cheese sandwiches with freshly sliced tomatoes wedged between the goodness. It was the perfect way to catch up after almost two months of being away.

Although there wasn’t a minority in sight, I never felt out of place in quiet Abingdon. Southerners tend to have a great way of making you feel welcome. After lunch, she brought me up a windy road to see her dad and his girlfriend. They lived on a little hill with not a neighbor in sight for miles. I was nervous to meet dad as any boyfriend should be.

I gave Mr. Brosnan a firm handshake and greeted him with the warmest “nice to meet you” I could muster. Mr. Brosnan was a psychiatrist at the local hospital. He stood about six feet tall with a full beard filled with black and white bristles. He was white and drove a green Jeep Grand Cherokee Laredo. He politely scoffed at my dinky car that pulled up into his driveway.

My girlfriend, Erika, was not white. She stood about 5′ 8″ tall and had straight black hair. She was incredibly fit because she was a vegetarian and a runner. Erika was mixed. Her Chinese mother had died from cancer when she was only three.

If you ever go camping in a desolate place, you’ll marvel at the brightness of the stars. Each evening we’d sit out on the porch right off the kitchen and look up. Because there wasn’t a street light for miles, the solar system jumped out at us like high definition. We spotted no fewer than three shooting stars each night, which makes me wonder what else do we miss in our daily lives because we can’t let go of money.

On the third day of a week long visit we got a flier. On the flier were four white hooded figures with an invitation to join the KKK. There was a telephone number to call, but no address. We read the propaganda and thought nothing of it. But when we told Mr. Brosnan about the flier we could see the worry in his eyes.

He asked, “Did anybody follow you home?” “Were you aware of anybody in town watching you?” “Did you have a bad encounter?”

As far as we could tell, nobody was following or watching us. We had thought the flier was junk mail, sent to every single household in town. Not once did we suspect we were targeted because of my arrival until we spoke to Mr. Brosnan. It felt like there was something else Mr. Brosnan wasn’t telling us.

Perhaps it’s because I’ve been through a lot of uncomfortable racial discrimination encounters that I wasn’t really worried about a silly flier. As a minority, you get used to the jeers, the name calling, the stereotyping, the intimidation and the hate. Because you’re physically outnumbered, there’s nothing you can really do but ignore and move on if you want to live.

Instead, I learned self-defense, practiced using a butterfly knife, and focused on my studies in order to gain some future optionality.

The next day, Erika and I went down to get a milkshake after a three-mile jog and everything was as normal as could be. Then night fell and something strange happened.

While on the deck, instead of hearing the cicadas gently hum through the night like an ocean wave, we heard a truck rumble up the hill to the front of the house. Nobody came out of the truck. It just sat there with the engine left on, gurgling as if it was hungry. 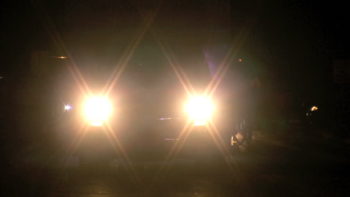 Then the high beams flickered on and we decided to go inside. As we were heading inside, we saw Mr. Brosnan walk outside with his rifle. He calmly told us to stay put. Mr. Brosnan stood behind a wooden bear statue on his porch for protection, pointed his rifle at the truck and shouted, “Get the hell off my property!”

The standoff only lasted for a minute, but it felt like an eternity. Finally, the truck lowered its high beams. Inside we could see three white men in the truck drinking beer and throwing up some sort of hand signal before driving back down the hill. They littered a beer can and left another flier.

We’ll never know whether a member of the KKK spotted us in town and followed us back to Mr. Brosnan’s house. But we did learn that the KKK had been trying to recruit Mr. Brosnan for a number of years. The per capita income for the town was $22,486, while about 7.3% of families and 10.1% of the population were below the poverty line. As a psychiatrist, Dr. Brosnan was a respected man in town of 8,200 who likely unknowingly helped treat a KKK member.

At Dr. Brosnan’s urging, he recommended I find a motel to stay in at a nearby town instead. So I found an Econo Lodge in Marion, 30 miles north on H-81. I didn’t want to put his family in jeopardy. Erika initially objected, but she came along to stay for a couple nights before we both had to return to our respective homes.

What Happened To Progress? 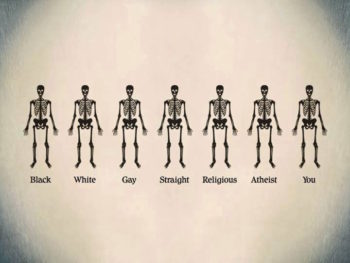 I forgot all about this harrowing encounter as a 19-year-old until what transpired in Charlottesville, Virginia this past weekend. Millions were killed in World War II fighting Adolf Hitler and the Nazis. Yet here people were at Emancipation Square and on the campus of the University of Virginia making Nazi salutes and carrying flags with swastikas while a team of men in camouflage gear and semi-automatic riles marched along side them in support. Then the car bulldozing happened.

What the hell is going on?

It’s incredibly sad that after 21 years, there is still so much hate and bigotry. Perhaps it has never gone away, but stayed more hidden until now. As a personal finance writer, I can’t help but think the lack of money and education have everything to do with racism. Nobody grows up hating someone else because of their skin color. Hate is taught by our parents, our peers, and our circumstance. Hopefully this means that those who hate can be taught to love as well.

FinancialSamurai.com will always be a platform that is accepting of everybody looking to achieve financial freedom. I enjoy not seeing what most of you look like because it allows me to focus on your substance. I strongly believe that if more people achieve financial security, there will be less hate in the world. Once you feel financially secure or at least feel like you’re headed in the right direction, you can start helping others instead of trying to cut others down.

* If you’re experiencing hate know that the person hating on you is going through some sort of misery that causes them to act out. Happy people don’t hate on others, they are accepting and kind. Try to have a private conversation to work things through.

* Forgive. It may not be easy, but once you understand why they are the way they are, it becomes easier. You’ll feel better forgiving and moving on, rather than letting the incident eat away at you.

* Be careful not to lump everyone in the same group. If you do, then you’re practicing a similar brand of prejudice. Discover the individual.

* Don’t assume that just because Asian Americans as a group do OK in terms of income and education, they don’t consistently face racial discrimination in many facet of their lives. Further, there is no typical Asian since there are 48 Asian countries. Find the individual.

* If you’re practicing hate, dig deep to find the root cause of your hatred. Now direct your energy towards addressing the issue instead of blaming some group of people for your misery.

* Let’s teach our children early on about the importance of respecting each other. Our prejudices will spread to our children if we are not careful.

Sam Dogen is a 13-year veteran of the finance industry and founded in 2009 the popular personal finance site Financial Sumarai. Sam was able to retire at the age of 34 largely due to his investments that now generate roughly $210,000 a year in passive income. He spends time playing tennis, hanging out with family, consulting for leading fintech companies, and writing online to help others achieve financial freedom — regardless of race, ethnicity, religion or sexual orientation.