Latina Lista: News from the Latinx perspective > Columns & Features > Guest Voz > Guest Voz: A Troubling Shortage Of Latino Lawyers not Foreseen to Get Any Better

Guest Voz: A Troubling Shortage Of Latino Lawyers not Foreseen to Get Any Better

People often complain there are too many lawyers in the world, and you may think they have a point. After all, an astonishing 40,000 students graduate from American law schools each year, and there are already well over a million lawyers in the U.S.

But whether you believe there are too many lawyers may depend on who you are. 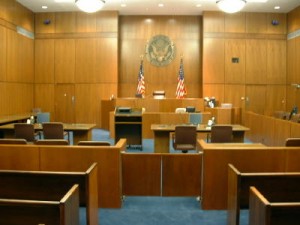 If you’re Hispanic, and you prefer to hire a lawyer who shares your cultural background, or speaks Spanish — you’re going to wonder where all the lawyers are.

Right now, only about 3 percent of lawyers in the U.S. are Hispanic, compared to 16 percent of the population. That’s a significant gap — and it’s growing. By the year 2050, one-third of the country will be Hispanic, but the percentage of Hispanic lawyers probably won’t be much higher than today.

In other words, while the country is becoming less white, the legal profession is whiter than ever, proportionally speaking.

Why so few Hispanic lawyers?

For one thing, the pipeline is a trickle. Hispanics are much more likely to drop out of high school and college than whites or African-Americans. And many law schools put a huge emphasis on law school admissions test scores, where Hispanics tend to do worse than whites.

Here’s why this matters.

It’s not just about picking a lawyer who looks or talks like you. Fewer Hispanics in the legal profession means fewer with a voice in the legal system. It means fewer in positions of power relative to policy-making and the political process, and fewer role models to encourage the next generation to participate directly in law-making and our justice system.

If one-third of the country is Hispanic, but only 4 or 5 percent of lawyers and judges are, that’s not good for any of us.

For all its flaws, our legal system is extraordinary, the best in the world — and it’s the bedrock of this country. If a significant segment of the population feels shut out, the very legitimacy of this critically important institution is called into question. That’s something every American should be concerned about.

And that’s why diversity in the legal profession matters.

It’s worth remembering this as the U.S. Supreme Court grapples again with the hot-button issue of affirmative action. Right now, schools are allowed to consider race as one of the factors in admitting students. But that policy faces a sharp challenge in Fisher v. University of Texas, a case argued in October.

The University of Texas, whose law school has one of the highest percentages of Hispanic students, wants to continue to consider race as one factor in creating a diverse student body – which leads, ultimately, to a diverse legal profession.

Next spring, when the Supreme Court issues its decision, let’s hope it agrees that our legal system should reflect who we are. That will keep our democracy strong.

Elaine McArdle is an award-winning journalist, book author, and lawyer who’s been writing about the law, politics, health, and many other topics for the Boston Globe, Boston Magazine, and others for over 20 years. She recently moved to Albuquerque from Boston.