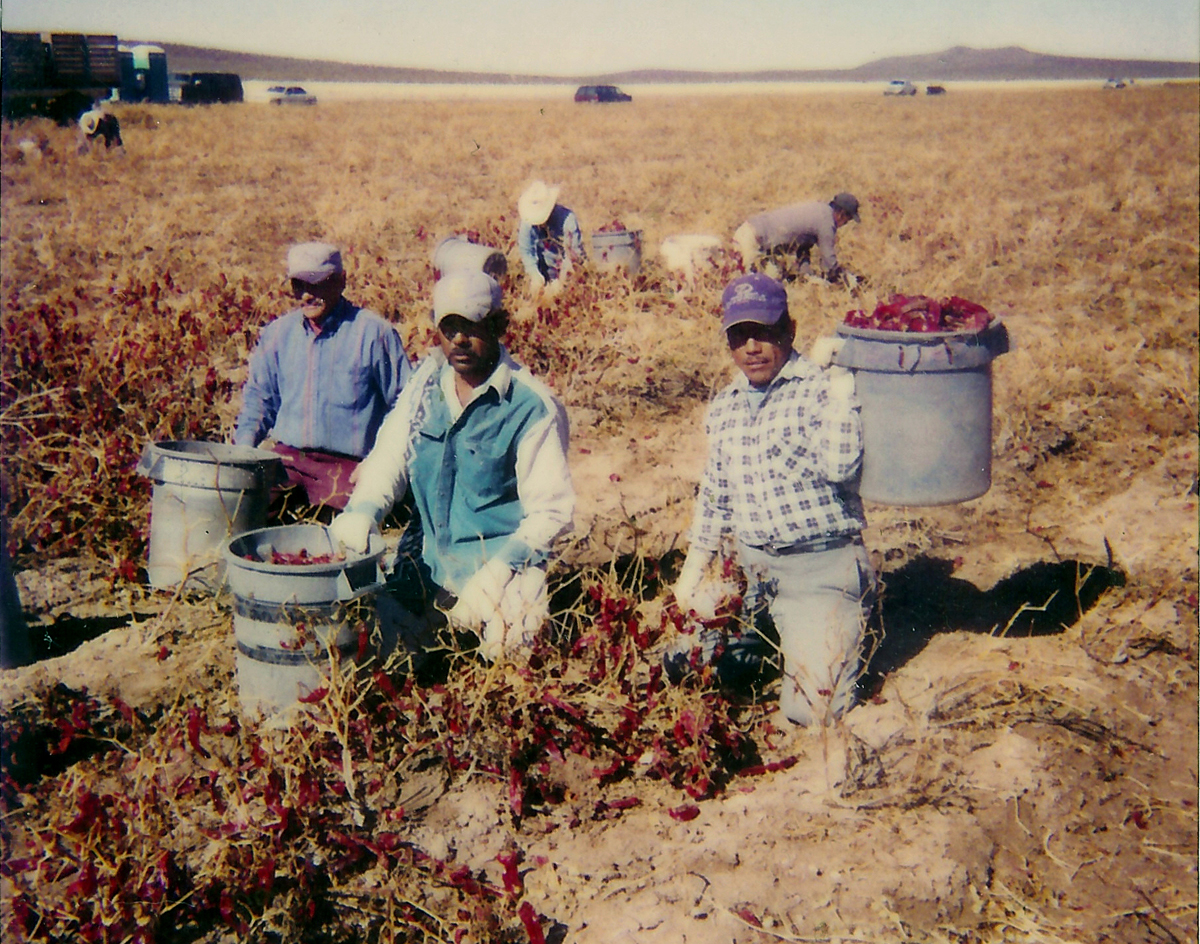 In the State of the Union speech, President Obama said, “Americans overwhelmingly agree that no one who works full time should ever have to raise a family in poverty.” Who would disagree, I thought. And then, I remembered farmworkers.

Fifty years ago, César Chavez fought to lift farmworkers out of poverty, and it is a struggle that is by no means over. Forty-four percent of immigrant children today are poor, and most farmworkers are immigrants. Two-thirds of farmworker children who live with both parents remain poor.

Raising the minimum wage as the president proposes won’t help the 2½ million immigrants and undocumented workers who today work in agriculture. Employers are quick to point out that their workers are paid as much as $12.50 an hour, but as most farmworkers find only 100 to 150 days of work a year, wages don’t tell the full story.

Improving their standard of living depends on increasing the number of workdays available within a reasonable commute of their homes and their children’s schools. It can be done.

In 1964, persuaded by church, labor and community advocates, Congress ended the Bracero Program that had brought up to 450,000 Mexican contract workers annually to the southwest to harvest crops. Competing with braceros for jobs, American farmworkers had to relocate as many as eight times during the year to earn at most $10,000 in today’s dollars.

Then and now, most farm work was highly seasonal, and despite pooling their earnings, many families lived in cramped housing in rural slums. Their children often lagged two years behind by the end of grade school. Few finished high school; most went to work in the fields, repeating the poverty of their parents.

When the braceros were gone, farmers who had not had to think about the availability of local workers, overnight were forced to innovate. When expansion of a California water project opened up new acreage for crops in 1965, it was not by chance that growers planted thousands of almond trees. The mostly mechanized harvest required relatively few workers, and in January and February when workers were needed for planting, pruning and training the trees, they were available in local communities.

Because braceros were no longer an alternative, César Chavez was able to win contracts for the grape and lettuce workers he organized. Farmworker wages increased 40%. Despite fears fueled by Chavez’s critics, consumer prices for produce increased only 2 to 3 percent.

The golden age for farmworker families lasted just fifteen years, ending when, as Chavez had feared would happen, growers, not barred by law, hired undocumented workers in overwhelming numbers. No longer essential, innovation ceased and so did the union contracts.

Proponents of immigration reform say that legalization will enable farmworkers to regain bargaining power. But the importation of guest workers, as many as 500,000 are proposed, will turn the clock back fifty years to the days of the Bracero Program.

The guest workers will cost employers less because they will not be eligible for Social Security or unemployment insurance. Because they will be available anywhere, anytime, growers will not have to consider the availability of local workers when planning new crops.

The return of foreign guest workers to U.S. farms and orchards will bring agriculture jobs full circle, and those who depend on them, including the newly legalized, will have gained nothing. The children of American farmworkers will continue to be raised in poverty.

Michael G. Harpold served in the US Border Patrol at Bakersfield, California. There he met César Chavez, and Harpold’s involvement with farmworkers during the grape strike led to a lifelong interest in their plight. He is the author of Jumping The Line, a novel about Mexican and Mexican-American farmworkers.