Guest Voz: An open letter to Starbucks and USA Today 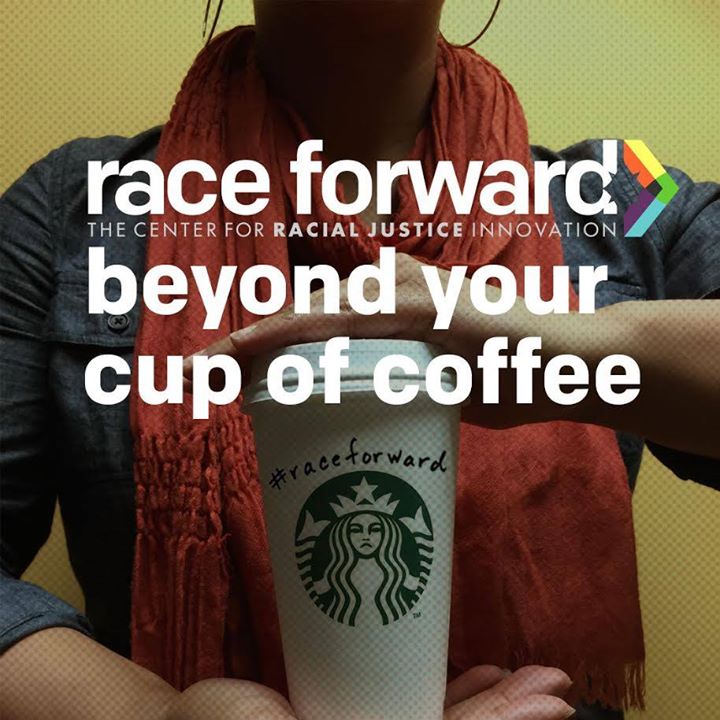 The conversation on race in our country is changing. Once a subject left to be discussed by civil rights leaders, organizers and a few non-profits, race is now a topic for many. Names like Renisha McBride, Trayvon Martin, Eric Garner, and so many more have led to widespread conversations on race. The numerous anniversaries marking milestones of the Civil Rights Movement and, yes, that the President IS Black also factor in to discussions about the role race and racism play in our society.

Yesterday, we saw a relatively new entrant into the discussion: Starbucks, in a partnership with USA Today. Starbucks has committed to socially conscious practices in the past including hiring vets, banning open weapons in their stores, and supporting gay marriage. A public dialog on race is new for Starbucks. While we applaud Starbucks for their effort to engage a topic that many seek to avoid, and while their efforts seem well intentioned, we, as a national racial justice organization, with a name similar to the hashtag used in the campaign feel compelled to say: As a nation, we need more.

Race Forward is unique in the racial justice world. While many organizations focus on the needs of a particular group, we are a multiracial organization that considers how race intersects with many different factors, including economic status, sexual orientation, and gender; we address race in many issue areas including employment, education and police brutality, to name a few. We also publish Colorlines, a daily news site where race matters, featuring award-investigative reporting and news analysis.

We produce cutting edge, original research on pressing racial justice issues. We present trainings that offer to help individuals and organizations identify solutions to systemic racism. Finally, we produce Facing Race, a biennial conference that is the largest multiracial, multi-issue gathering of racial justice advocates in the country.

For example, if we consider that Ferguson was about an altercation between an unarmed teen and a police officer, we miss the opportunity to consider the entire picture. If, instead, we understand the shooting of Michael Brown as a result of a pattern of racially biased practices by law enforcement and the municipality of Ferguson, then we can identify policies and practices that truly change relations between residents and police.

As we uncover in our report, “Moving the Race Conversation Forward”, too often our national discourse forces us to focus on individual issues. The result? We remain stuck in a circular discussion that generally consists of accusation and defense, with few solutions to be found.

We agree with Starbucks and USA Today that conversations about race can be constructive and rewarding, and that they are necessary. But just any old conversation won’t do.

A conversation that leads to something other than frustration requires preparation, a systems analysis, and potential solutions that reach beyond changing individual mindsets or behavior. We have to address the rules that govern our institutions and shape our lives — many of which appear to be race-neutral in their intention, but are far from neutral in their impact. Luckily, Race Forward has plenty of resources for digging into exactly these issues.

I have heard some say, “Any conversation should be welcomed; even if it’s not great, it’s OK.” To that, my response is, “Communities of color have had to accept “OK” for far too long.

Just as Starbucks and USA Today strive for excellence in the way they approach coffee and journalism, those of us who are committed to racial justice are similarly committed to excellence.

Communities who are the targets of racism deserve more than “OK” and our collective democratic ideals of fairness and inclusion demand more from all of us. Let us not settle for what is simply “OK” when we have full information on what can create lasting change.

If what I believe is true, that the leaders of Starbucks and USA Today really want the nation to race together, we offer the opportunity to partner with Race Forward. There are so many things that we can do – together indeed – to move our country toward racial justice and unity.

We’d be happy to discuss it over coffee, and the morning paper.

Rinku Sen is the publisher of Colorlines and executive director of Race Forward: The Center for Racial Justice Innovation.

Previous Post Crowdfunder: Raising awareness about mega dams in the Andes
Next PostPadreCare: Keeping seniors on track with their meds doesn't have to be a pill-of-a-chore

Crowdfunder: Raising awareness about mega dams in the Andes
Comment
PadreCare: Keeping seniors on track with their meds doesn't have to be a pill-of-a-chore