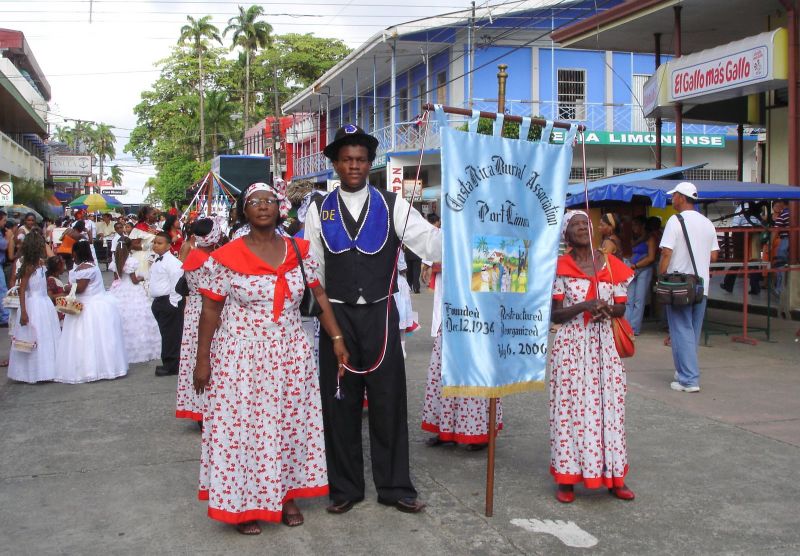 I am writing this article from the beautiful nation of Costa Rica (Rich Coast in English). It is our mission to connect the dots of the African diaspora and this dot is pretty key to accomplishing that mission.

The seven nations of Central America (Belize, Costa Rica, El Salvador, Guatemala, Honduras and Nicaragua and Panama) are all heavily populated with descendants of Africa. A group of Black Costa Ricans were referred to us by the U.S. State Department. They informed them that we just organized a chapter of ours in nearby Colombia and would have an interest in working with them.

Most of the Blacks in Central America are second stage immigrants. They were first kidnapped and sold into slavery and sent to the Caribbean islands. Soon after emancipation in Jamaica, many of the freedmen journeyed to Central America to work the Panama Canal and to join in the plantation farming industry.

Costa Rica is a prime example of that. Most of the Blacks in the nation have English surnames and are bilingual (perfect Spanish and English). Culturally, their Jamaican roots trump any other culture to which they had to adapt. Also, many of the Black entrepreneurs now living in Costa Rica have spent a considerable amount of time living throughout America for educational and career purposes. They now want to bring their skills and talents back home to Costa Rica.

Race relations in Costa Rica, from my initial assessment, appear to be rather positive compared to many other Western Hemisphere nations. However, the statistics will show that from an economic and entrepreneurial basis, there is disparity. Softly, the descendants of Africa want that disparity to be addressed. Costa Rica is being primed for explosive growth and it is the concern of many that it must be imperative that all entities of the nation take an active part in that, especially from the African descendants.

Costa Rica, like its name describes, is very rich in natural resources. Its rich land allows it to be a world leader in pineapples, cocoa, bananas, coconut, coffee, tobacco, tea, flowers, timber, exotic birds, etc. It is a very serious exporter with a trade balance superior to most small nations.

We have never seen such gigantic plantations featuring fruits of every kind. There were shipping containers by the thousands stacked up along the countryside. It was like the ports of Oakland and San Francisco lying side by side. But there was one glaring feature: There was no viable deep water container port. This land relies on exports but have no decent container port to maximize that advantage.

Also, their highway system is totally inefficient. We drove from the capital, San Jose, to their eastern Caribbean Coast port of Limon. It is an 85-mile trip but it took three hours, with one lane each way through the mountains and traversed by heavily loaded trucks.

Fortunately, the nation sees that to grow they must modernize. On the drawing board is a $1.8 billion container port in the Limon region located on its Caribbean side. A viable railway is in the planning stage. A joint venture between China and the nation to build a $1 billion-plus oil refinery will begin shortly, also in the Limon region.

Limon will be the industrial and agricultural belt of the nation. That is sweet music to us because Limon’s population is 71 percent Black. They are going to see 450,000 new jobs evolving and $4-6 million in infrastructure. The key is that there will be diversity in all of this. Keep in mind that despite all of the above, there are few billionaires in the nation.

History shows that the government has been pretty much in control of their economy and corporate vitality. This is in obvious conflict with growth and the task of beginning to privatize its economic sectors must begin soon.

One person at the economic summit we are presently attending declared, “There must not be the continuation of the 3 D’s: Disbelief, Disgust and Disenfranchisement. Like the Mafia, interests have come to build, sell their goods and run back home with all of the money.” Another said, “We must have a strategic plan. Bingo! It is clear that what is needed is a roadmap on how you get to your objective. I am certain that the powers to be have a significant plan. But does that plan include all of the people and is frankly shared with them? Certainly not. To be a part of the plan we must be at the “table.”

Somehow the Black segment of Costa Rica must be incorporated into the plan along with everyone else. First, they should organize and draw up their own strategic plan to be interfaced with the official one when it is publicized. We are going to work with them on this.

Harry C. Alford is the co-founder, president/CEO of the National Black Chamber of Commerce. Email: halford@nationalbcc.org