Guest Voz: The Benefits of Increasing the Minimum Wage for People of Color 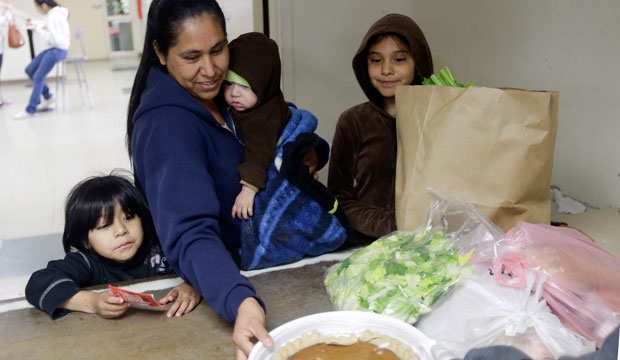 How much does a full-time worker earning the current minimum wage of $7.25 per hour make in one year?

This worker earns only $15,080, which is $4,000 below the federal poverty line for a family of three. Most people would agree that this is not a livable salary anywhere in the nation, especially for families with children. Raising the minimum wage would make a significant difference for all Americans — and people of color in particular; it would increase the total combined wages of people of color by $16.1 billion.

The federal minimum wage has stagnated at $7.25 per hour since 2009. This has resulted in millions of Americans struggling in poverty despite having a full-time job. Although many Americans work 40 hours or more each week, their wages are low enough that they must rely on benefits from the Supplemental Nutrition Assistance Program, or SNAP, formerly known as food stamps, as well as other public assistance, to sustain themselves and their families. The current minimum wage economically marginalizes millions of Americans who have the capacity to generate growth in the economy.

The Fair Minimum Wage Act would be a significant step to address this gap and help lift people out of poverty. A total of 6 million workers would be lifted out of poverty if the minimum wage were raised to $10.10, and 60 percent of them would be people of color.

Yet, as the above infographic shows, raising the minimum wage would mean a significant wage increase for blacks, Asians, and Hispanics, who would see their total wages rise by $5.2 billion, $2.4 billion, and $8.5 billion, respectively.

An increase in the minimum wage would not only benefit individual workers but also the broader economy. It would reduce government spending, as fewer people would need to rely on programs such as SNAP, producing $46 million in savings over 10 years.

Workers would also have more money to spend on basic needs, which would in turn give businesses more customers, stimulating the economy and increasing demand for additional workers. Businesses understand this, which is why the majority of small businesses in the combined retail and restaurant industries support an increase in the minimum wage.

In fact, more than 80 percent of small businesses already pay their employees above the minimum wage. Many large businesses also agree. Recently, Gap raised its minimum wage to $10, explaining, “To us, this is not a political issue. Our decision to invest in frontline employees will directly support our business and is one that we expect to deliver a return many times over.”

More than four years after the end of the Great Recession, not only have wages for low- and middle-income workers remained stagnant, but low-wage jobs have also dominated job growth.

It is time to even the playing field for all working Americans by raising the minimum wage. This would be a welcome and needed change for people of color, who are becoming a growing share of our population and who historically have experienced larger economic losses during economic downturns than the rest of the population.

No worker should live in poverty or be expected to raise a family on $15,000 per year.

Vanessa Cárdenas is the vice president of Progress 2050 at the Center for American Progress.