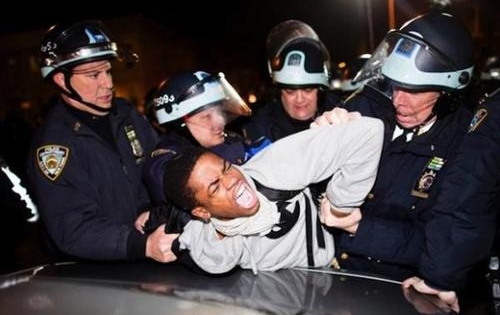 On August 22, the New York City Council voted to override Mayor Michael Bloomberg’s veto of the Community Safety Act, which is composed of two bills seeking to create more levels of accountability within the New York Police Department (NYPD) and prevent discriminatory practices, such as stop-and-frisk activity, from occurring.

The Community Safety Act was passed one week after Judge Shira A. Scheindlin declared, in Floyd v. The City of New York, that the NYPD’s stop-and-frisk program is unconstitutional because it violates the Fourth Amendment.

While we should be pleased a court ruled against the department’s stop-and-frisk policy — which is said to have violated the constitutional rights of many thousands of people, almost all of them Black and Latino, with the vast majority of them not found to have violated any crime — the ruling did not go far enough to ensure people in New York are protected from being unduly harassed and violated.

But the Community Safety Act actually gives some teeth to Judge Scheindlin’s decision, and speaks to the need for community organizing to drive policy and ensure its enforcement.

In her decision, Judge Scheindlin ruled on behalf of the plaintiffs represented in the stop-and-frisk case, arguing:

In order to be able to use the stop-and-frisk tactic in ways that are lawful, Judge Scheindlin ordered the city to bring on a federal monitor to oversee reforms, change the way stops are documented, and institute a year-long pilot program through which officers must wear cameras to record their interactions.

While many in the press declared the judge’s decision an end to stop and frisk, her decision stopped short of a full-on repeal. As long as the NYPD doesn’t use race as a blanket reason for stops, the tactic can move forward.

Judge Scheindlin’s decision means that “if you have objectionable facts that add up to reasonable suspicion, the cop has the right to stop you and ask,” said Andrea Ritchie, co-director of Streetwise and Safe and a core member of the Communities United for Police Reform (CPR) coalition. “The judge ruled that that’s fine. But the way the NYPD does it, being Black equals reasonable suspicion.”

The plaintiffs in Floyd v. New York were able to successfully demonstrate that the NYPD would not stop whites even if they were in exactly the same circumstances for which Blacks and Latinos were being frisked. “[Police officers] often just check off things like furtive movement, or the neighborhood you’re in as the reason,” said Ritchie.

So not only does the judge’s decision not really end the practice of stop and frisk, and does not call for a reduction in the number of stops, it only speaks specifically to racial profiling. However, we know that other kinds of profiling — based on gender, sexual orientation, economic status, and other characteristics — are often used by police.

Understanding the need for comprehensive police reform and greater accountability is what drove the formation of CPR, which includes dozens of community-based organizations and national advocacy groups. The coalition came together two years ago and began to push for the Community Safety Act.

As Bloomberg is appealing the Floyd decision, the Community Safety Act goes above and beyond the limitations of that ruling.

It will create an enforceable ban against intentional racial discriminations and any law enforcement action that has disparate impact, as well as profiling on the basis of gender identity and expression, sexual orientation, immigration status, disability, and housing status.

The act also supports the creation of an independent inspector general and gives a way for individuals to get some level of accountability if they are victims of these discriminatory patterns.

Many LGBTQ and HIV advocates have also been advocating for a state bill that would bar police from using the possession of condoms as evidence of prostitution, a practice that still disproportionately targets Blacks and Latinos.

I personally have had to advocate on behalf of people — mostly transgender women and queer youth of color — who were arrested for prostitution while actually performing HIV and sexually transmitted disease prevention outreach work, for which they were employed.

Monifah Bandele, a member of the Malcolm X Grassroots Movement (MXGM) and CPR, also feels that the NYPD needs more enforceable restrictions beyond the stop-and-frisk ruling.

“Law will not change the culture of how the NYPD functions, so we will be involved in all the ways the police functions that the Floyd [decision] does not cover,” she said.

As Bandele notes, the issues within the NYPD go far beyond what happens on the streets.

In July, a woman named Kyam Livingston died in Brooklyn central booking, after, according to other arrestees, she pleaded for medical attention for hours. These kinds of abuses aren’t new. MXGM and many other organizations in the coalition have been involved in organizing against abuses by the NYPD, dating back to the shooting of Amadou Diallo in 1999.