Guest Voz: You Can’t Promote Freedom In Cuba By Denying It To Americans 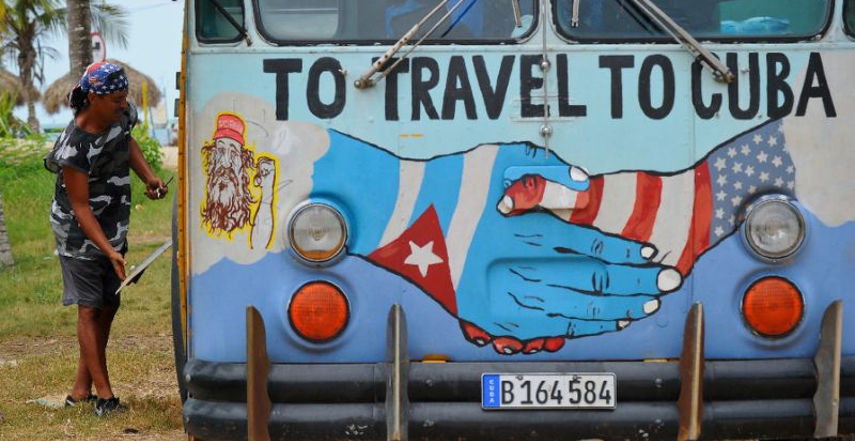 There is no better way to promote openness in Cuba than by allowing everyday Americans to travel freely to the Island and serve as on-the-ground ambassadors of our democratic values.

This would seem obvious to just about any American who ever traveled to a foreign country. Yet as the Freedom to Travel to Cuba Act finally secures bipartisan majority support in the U.S. Senate, pro-embargo lobbyists attempt to quell the momentum by claiming that American visitors only strengthen the Cuban government’s repressive apparatus because many stay in hotels owned by the military.

The facts simply don’t support this correlation. On the contrary, if we compare conditions in Cuba between the decade when restrictions on American travel were in full force and the seven years since the Obama Administration began easing them, the evidence weighs overwhelmingly in favor of travel serving as a catalyst for meaningful change.

The Cuban “travel ban” as we know it today became law under the Trade Sanctions Reform Act of 2000 (“TSRA”), which prohibits the issuance of general or specific licenses by the U.S. Treasury Department for travel to, from, or within Cuba for “tourist activities.”

While TSRA didn’t outlaw American travel to Cuba altogether, it did make it exceedingly cumbersome and expensive for U.S. citizens to visit the Island for close to a decade. During that time, the Cuban government’s grip over the activities of its people, especially in their interactions with the few Americans who managed to visit, remained as stifling as it had ever been.

In his first year in office, President Obama began shifting U.S. policy away from attempting to punish the Castro government, and toward empowering civil society and supporting independent economic activity through greater contact with Americans. The changes that followed are simply too numerous to dismiss as mere happenstance, especially when compared to the preceding decade.

From 2010 to 2015, the number of self-employed licenses issued by the Cuban government increased from approximately 150,000 to more than half a million, creating private sector jobs for approximately 35% percent of the Cuban labor force. A significant number of these businesses secured seed capital through remittances brought by visiting Cuban-Americans, and many found success thanks to the tourism market, which has nearly doubled since our two nations began normalizing relations. Just last month, it was reported that the Cuban government would recognize small and medium sized independent businesses as legal entities separate from their owners.

In 2013, the Castro government enacted its first political reform by eliminating the exit visa that for decades made it extremely difficult for Cubans, and particularly political dissidents, to travel abroad. Since then, the number of Cubans exploring the world, including countless civil society leaders, has skyrocketed. Earlier this year, in preparation for Carnival’s Adonia, the first American cruise ship to arrive in the Port of Havana in over 50 years, Cuban officials eliminated a longstanding ban on Cubans traveling to and from the Island via commercial vessel.

The government also began expanding Internet access in 2015, increasing the number of public Wi-Fi hotspots from zero to 65 and cutting the cost of usage by 50 percent (though at $2 an hour, it remains high for most Cubans). Cuba also announced it would pilot broadband service to Cuban homes, with a goal of reaching 50 percent household penetration by 2020.

It is still difficult to draw a direct casual relation between President Obama’s travel policy and the Cuban reforms that have coincided with his administration. Short-term political detentions may have increased, but so have street protests. What is clear, though, is that a surge in American visitors over the same period has not lead to lesser freedoms and opportunities for Cubans than those they had a decade ago. If anything, the facts strongly suggest that expanded American travel has contributed to the growing autonomy of the Cuban people.

Restrictions on “tourist activities” under TSRA continue to limit the right of U.S. citizens to freely visit Cuba and expose the Cuban people to the alternative that we represent as a nation. As Speaker of the House Paul Ryan recognized in 2002, “it has been a bedrock principle of American policy that travel is a device that opens closed societies.” These words are no less true today. It is time for Congress to finish the job that the President started, and bring an end to this failed policy.