Latina Lista: News from the Latinx perspective > Columns & Features > Guest Voz > Guest Voz: Caring for our elders — For some Latinos, it’s a way of life

Guest Voz: Caring for our elders — For some Latinos, it’s a way of life 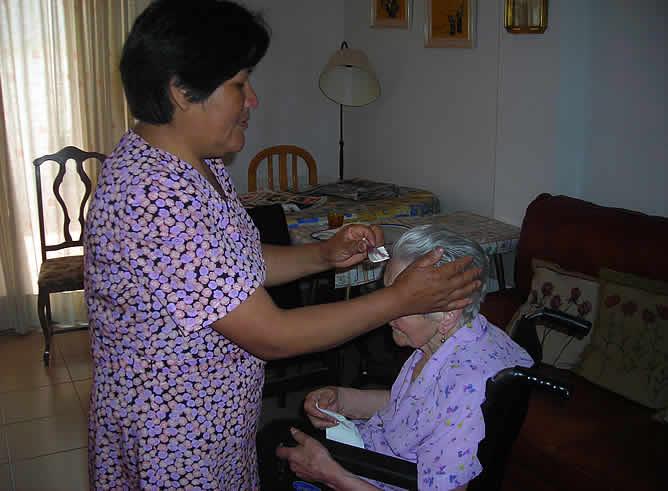 WASHINGTON, D.C. — We are getting only half the story when it comes to the health care of the aged. To be sure, nearly 83 percent of all adults have contact with a health care professional, as reported by the Center for Disease Control’s National Health Interview Survey, 2011.

It represents 332 visits per 100 persons, or altogether about a billion doctors’ visits a year. Nearly 56 percent of them were to the first line of health defense, primary care physicians, according to the 2010 National Ambulatory Medical Care Survey.

These statistics however don’t tell the part of the story that gets virtually none of the attention. That other portion is the one closest to home. And it’s increasing.

Mostly, it comes from the rapidly growing 65-and-over population that will make up one-fifth of the nation’s population by 2030. That’s mainly good news because we are now living longer than earlier generations, due in part to better health care reflected by all the doctors’ visits.

The bad news is that we must take better care of ourselves through nutrition, exercise and greater attention to mental health. If we don’t, chronic conditions such as diabetes, obesity, heart disease, cancer and Alzheimer’s will gain on us.

This is especially true for Latino immigrant groups who need to stop assimilating bad dominant health and risk habits that diminish their superior longevity, called the Latino Paradox. But when they do need care and attention, a 2005 Home Care Association of New Jersey study shows 88 percent of Hispanics, compared to 82 percent of African Americans and 80 percent of white groups prefer home care for medical assistance over hospitals, nursing homes or specialized facilities.

A 2004 National Alliance for Care Giving and AARP found Hispanic caregivers (34 percent) more likely than non-Hispanic whites (22 percent) living with the person they cared for.

Along those lines, a recent study by Welmedix, the home health-care products company, fills in some of the picture. Their survey, released in July, shows how the home care burden is placed on the next generation, which assumes greater responsibility for the aged and elderly simply because there are an increasing number of older people to care for.

About 43 million caregivers provide home care to others 50 years of age or more. Half of those receiving care are their parents. Nearly a third of caregivers are between 40 and 55 years of age themselves. A full 43 percent are 56 years or older. In a sense, the caregiving responsibility falls on a large portion of people when they are at their own prime of life and careers.

The DIGS Insight Survey of 550 respondents tells us caregivers — all of them 18 years or older who have provided unpaid care the previous two years — are nearly 70 percent women. Sixty percent of them had completed college, and 62 percent were employed. Eighty percent were first-time caregivers who said they were not ready for the role they were having to assume.

Paula Erwin-Toth, a homecare nurse and Wellmedix spokeswoman, calls the caregiver undertaking a “real stresser.” Among the reasons: 75 percent of patients need help with “intimate hygiene,” which is how the study refers to incontinence.

When I asked her what was the biggest hurdle for caregivers attending the elderly, Erwin-Toth intoned that public-health discussions are mostly open and frank. But she tells me that while we talk openly to teens about sex, we too often keep concealed the stress caregivers face, the hours they put in, and the minimal support many of them receive. We also keep in the closet much about the several distressing chores they face.

José de la Isla, a nationally syndicated columnist for Hispanic Link and Scripps Howard news services, has been recognized for two consecutive years for his commentaries by New America Media. His forthcoming book is “Our Man on the Ground.” Previous books include “DAY NIGHT LIFE DEATH HOPE” (2009) and “The Rise of Hispanic Political Power” (2004).

elder care, Hispanic aged, Latinos
Previous Post Video: With water crisis deepening, too many remain ignorant of climate's impact on the future
Next PostGreenwich Among Towns With A School Where More Than 50% Are Latino

Video: With water crisis deepening, too many remain ignorant of climate's impact on the future
Comment
Greenwich Among Towns With A School Where More Than 50% Are Latino