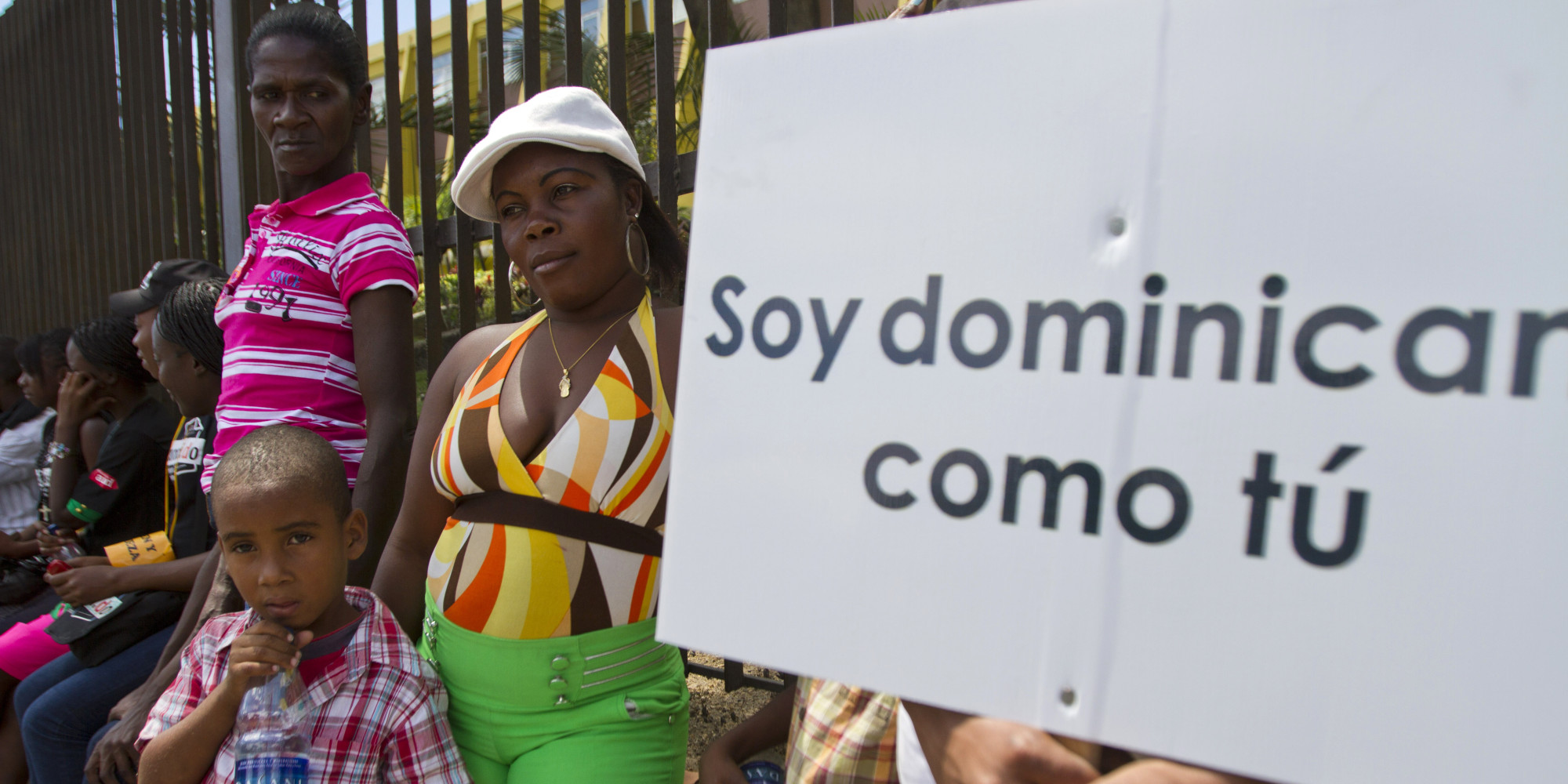 The court’s justices justified their ruling by citing a clause in the DR constitution declaring all others to be in the country illegally or “in transit.”

Though the ruling applies to all nationalities who have made the DR their new home, the court’s decision disproportionately impacts DR citizens of Haitian descent, estimated to stand at 240,000 people.

Sharing the island of Hispaniola — Haiti on the west end, the Dominican Republic on the east side — the two countries have long been a study in contrasts.

Countless articles have been written focused on the gulf of differences between the two island neighbors.

As one article described:

According to the United Nations, only about 50 percent of Haitians can read and write (as opposed to nearly 90 percent in neighboring Dominican Republic) and child mortality rates in Haiti are three times higher than in the Dominican Republic.

Not to mention that 80 percent of Haiti’s population lives below the poverty line.

So, is it any wonder that Haitian citizens, in search of a better life, would choose their closest well-to-do neighbor?

Almost half a million people of Haitian descent, who are reported not to have proper documents, are among the DR’s 10 million.

The court’s ruling has forced Haitian citizens residing in the Dominican Republic to become paralyzed in a social and economic disorder that threatens to take away their right to citizenship to a country, for whom many, is the only one they’ve ever known.

As Wilver Cuevas Betances explained, “It’s inconceivable that with a name like Betances — Ramon Emeterio Betances was a Dominican Puerto Rican patriot who fought for the independence of Puerto Rico and the Dominican Republic — be rejected as a non-Dominican.”

Yet, he was after a police patrol stopped him at a transportation station and asked him for his passport. Ignoring his Dominican accent, Dominican identification and his pleas for humane treatment, the police decided, without a fair immigration court trial, to deport him to Haiti for having dark skin and looking like a Haitian citizen.

It’s reported that since the ruling 350 people have either been expelled or left of their own free will to Haiti from The Dominican Republic. Most have just recently left due to retaliation when locals of a town near the border between the two countries blamed people of Haitian descent for the fatal stabbing of an elderly Dominican couple.

The court’s ruling has highlighted the delicate race relations that have historically existed in the DR.

Authority on this Caribbean island, divided by culture, language, social and economic differences, have historically scrambled to find common ground between the two countries, ever since the 1937 Haitian massacre known as the Parsley massacre. Over 20,000 Haitians were killed in a span of five days at the hands of Dominican soldiers and citizens under the direction of then-Dominican President Rafael Leonidas Trujillo.

Today, relations between the two countries are a love/hate affair. The DR loves the cheap labor but not the laborers.

The country suffers from marked income inequality; the poorest half of the population receives less than one-fifth of GDP, while the richest 10% enjoys nearly 40% of GDP. Ethnic groups are comprised of 73% biracial, 16% white and 13% black.

National and international human rights advocacy groups have criticized the government of Mr. Medina for being indifferent and intolerant toward the suffering and mistreatment of Haitian citizens in the Dominican Republic.

Yet, as the number of unemployed rise to 19.7%, the people of the Dominican Republic blame the increase in Haitian citizens for their economy’s woes.

Independent studies show that the majority of Haitians are employed in construction job (60%), sugar cane plantation (27%) and the rest do any odd jobs that they can find, jobs that Dominican citizens consider unfit for those with high social standing.

It’s a concept in today’s DR society that is instrumental in maintaining this cultural divide that encourages an acceptance of individual nationalism on an island with two Republics, in which its peoples are more similar than different.

Debate and division will continue until the Dominican Republic and Haiti find a common ground from which to work out their differences and coexist in a new world order negotiated via diplomatic channels, bilateral agreements, human rights entitlements and through the Inter-American Court of Human Rights.

Until each side understands that its to their respective advantages to work together for the wellbeing of their common goals in facing the challenges of the 21st Century, neither side will create a cohesive society, a prosperous nation nor a peaceful path towards a separate but glorious future for one island with two nations.