Instead of the usual 16th of September celebrated in most Mexican American communities, MEChA students at California State University at Northridge hold an “Endependence Day.” The event has the blaring of the mariachis, the jarabe tapatio, and gritos, but in the center stage are speeches and poetry readings calling for ending dependence and achieving the unfulfilled dream of the Mexican Independence.

The atmosphere is festive dominated by the aroma of traditional food and aguas (fruit drinks); missing is the scent of alcohol and forced merriment encouraged by the stupor of beer and the illusion that this is a special day. 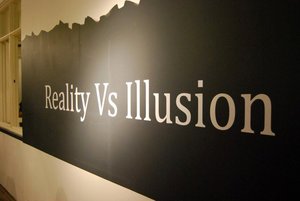 History has not been kind to the descendants of Padres Miguel Hidalgo,Vicente Guerrero and the rag-tag Indian armies or, for that matter, to the Mexican nation. It has been harshest on Mexico’s indio people whose proportion of the nation’s total population has shifted from 60 percent at the time of Independence to 30 percent.

Things are even worse for native people in the United States. The CIA FactBook lists them as “Amerindian and Alaska native 0.97%.” On both sides of the border those who escape into the middle class are dependent on a paycheck or the whim of banks to pay the almighty mortgage.

Our entire society has become dependent on stimulants to fan the illusion of independence. We drink not for the sake of relaxation but to escape. Alcohol along with Viagra have become the American energy boost drink.

Criticism of our dependence on alcohol is not new. I don’t advocate prohibition but there is a reason why The National Woman’s Christian Temperance Union (WCTU) became so powerful and led to prohibition. Early unionist recognized that alcohol was the enemy of the working people and that it created an illusion that diverted the worker from ending dependence.

One of the first national labor unions in the 1870s and through the 1890s, the Knights of Labor “was not limited to wage earners; it was open to farmers and small business people – everybody, that is, except lawyers, bankers, stockbrokers, professional gamblers and anyone involved in the sale of alcoholic beverages.”

Looking back into history, during colonial times, alcohol was used in New Spain (Mexico) to control the indigenous peoples. Before the conquest, Natives drank pulque which was low in alcoholic content and rich in vitamins, and used it for religious purposes. The Spaniards introduced distilled alcohol, which was addictive and produced severe behavioral problems increasing dependence.

In today’s Independence celebrations the stain of Budweiser, Coors, Tecate and the rest of the drug merchants drive and pay for the celebrations and the illusion that we are free.

That is why the students celebrate “Endependence Day” as a way to separate reality from illusion, and illusion from politics.

The consumption of alcohol should be social and separated from the political and above all not used to escape and as in the case of food added to enhance taste.

However, alcohol has invaded Mexicans and Latinos with disastrous social, political and economic consequences. It is a direct cause of child abuse, spousal abuse, divorce and economic deprivation. Alcoholism inflicted my family – forced my maternal grandparents to migrate to Tucson and Los Angeles. It caused poverty and eventually anemia that blinded my mother by the age of 5.

My uncles were drunks; they weren’t alcoholics. As Robert Wuhl differentiates, “drunks don’t have to go to meetings.” They cost us a lot of turmoil and grief.

My cousin, who I loved dearly, after he had a few would always tell me how much he loved his kids. I got tired of it and responded, “Then stop drinking and send them support payments.”

I have the same impatience for those who say “I love my people,” but follow it up with a toke.

But, you know, I am not pointing a finger. We are all complicit – myself included. I am a reformed drunk who had to choose between irresponsibility and responsibility. Was I willing to put aside fleeting pleasures for reality? Was my choice the illusion of independence or would I help to endependence?

It is not easy. Mexican songs are full of allusions to drink. “Estoy en el rincón de una cantina.” The guy is in the corner of a bar all impassioned over a woman he probably lost because he mistreated or neglected her because of drink. The song does not tell us that he is probably slobbering and pissing in his pants.

In “Volver, Volver.” (Return, Return), the guy has lost his wife or sweetheart because he has been a schmuck but he is going to return to her arms once again. In the bars he is rooted on by dozens of other drunks who are on the verge of a similar experience.

I prefer the response of Lupita D’ Alessio in “Juro Que No Volvere” (I swear that I won’t return). She is not going take it anymore and vows never to take the loser back.

Before you can achieve endependence you have to deal with reality whether it is in your personal or political life. Political change requires the same discipline.

When someone says that you have to get your shit together, what does that mean? An organizer has to see reality and not the illusion. Politics pass through a process similar to your personal life.

Organizing and alcohol do not mix. It is not the sixties when the guys could gather in a bar and think that they were solving the problems of the world. The enemy is much larger and better financed.

Today there is a new gender reality. In many of the state universities that educate the majority of Latinos the ratio between females and males is as high as 70/30. College graduation rates are reflecting this reality.

Latinas are surpassing Latinos and comprising higher proportions of those with some college/ associate degrees, and bachelor’s degrees. This is especially true in the second and third generations.

The increase in bachelor’s degrees conferred on Latinas outstrips those of U.S. women that increased by 35 percent from 1976 to 2000. The number of bachelor’s degrees earned by Latina women grew by 430 percent during this period.

Latinas surpassed Latinos in graduate school enrollment and in 2000; over 60 percent of Latinos enrolled in graduate education were Latinas.

In civic participation 83 percent of the registered Latinas voted in the 2004 presidential elections. They have made significant strides in higher level and better-paying jobs. Just look around and the most involved sector of our community are women.

Changes are also taking place in the social structure: In 1975, only 34.3 percent of mothers with children under age 3 were in the labor force versus 60.5 percent in 2002. While Latinas are having more babies than white women, they are having much less than ten years ago.

It is reasonable to conclude that the Latin leadership of the future will be Latina. In my opinion it would be pretty tacky to invite them to the local cantina to organize. The culture of the movement will therefore change.

Organizing is not social it is 90 percent political and we must constantly reassess strategies and tactics. Outcome is the product of discipline.

Those in power continuously and purposely distract us. Modern life is a distraction that purposely seeks to make us more dependent.

But there are little things we can do such as to recognize our complicity when we say, “Hey, compadre, I know you say you’re an alcoholic, but have one last one for your godson.”

In order to Endependence we have to start with the basics. No one asked us to lead. More often the social and the political mix like oil and water. The outcome is about focus and control – about discipline.

So if we say that we love our community, we must act like it and endependence.