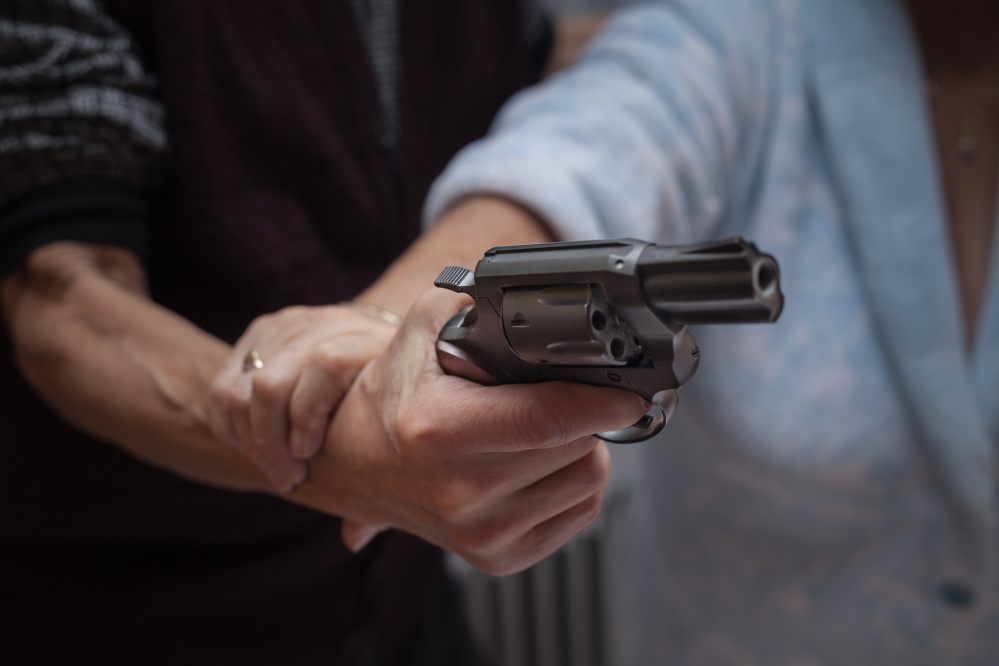 It was New Year’s Eve and the little girl everyone called Lolie was hiding under her bed, her ears tightly covered and her face buried between her arms. Quietly, she prayed that no one in her family was going to get shot at the stroke of midnight. Her dad owned a handgun and a rifle as protection for the family in a neighborhood that many considered unsafe.

But ten-year-old Lolie didn't fear shots from the guns of others. It was her father's rifle, tucked away in his bedroom closet, that terrified her. After having “one too many,” her father often pointed the rifle at her older brother, his favorite target, or her mother if she got in the way and tried to shoot them. But his unstable fingers kept him from loading the rifle and successfully pulling the trigger.

No one calls me Lolie anymore except my closest friends and family, but she and those terrifying nights are always with me. I now lead an organization that encourages disadvantaged youth to pursue their education to achieve a better life. Although there are never any guarantees, getting my education to achieve financial independence was my “exit strategy” in case I ever had to leave an abusive relationship.

If the National Rifle Association, a powerful pro-gun lobby which opposes gun control regulations, could talk to ten-year-old Lolie, what would they say to her?

I’m not against concealed handguns or the right to bear arms in the hands of responsible and emotionally stable people. But I know this: firearms need to stay out of the wrong hands, specifically from known and convicted abusers. 6,410 women were killed with a gun in the United States between 2001 and 2012 at the hands of their intimate partners. That death count exceeds the total number of U.S. soldiers who died in both the Iraq and Afghanistan wars according to a report by the Center for American Progress. Domestic violence assaults are 12 times more likely to result in death when a gun is involved.

To save lives, states should require and enforce the surrender and removal of firearms and ammunition from domestic abusers who have become prohibited from possessing them under federal or state law. In 2014, seven states including so-called “red states” of Louisiana and Wyoming tightened restrictions for domestic abusers to access guns. In Texas abusers retain possession of their guns and ammunition even after a conviction. Even worse, Texas law does not require law enforcement to remove guns and ammunition from the scene of a domestic violence incident.

If Texas and all the other states required and enforced the removal of firearms after a violent incident, how many people could be saved? For starters, the 6,410 women I mentioned earlier might still be alive today. Between January 2009 and July 2014, 110 mass shootings occurred according to a research analysis conducted by Everytown for Gun Safety. Of those shootings, at least 57 percent were related to domestic or family violence.

But even federal regulations are riddled with loopholes. U.S. federal law prohibits those convicted of misdemeanor domestic violence from buying a firearm, but despite federal law, thousands of convicted domestic abusers can still get their hands on guns either legally or are never properly reported into or vetted through the background check system.

The good news is that some people are taking action to sever the connection between domestic violence and firearms. As of May 2015, Dallas County began enforcing the confiscation of guns from domestic abusers forbidden from possessing them. Before the change, Dallas lagged behind three other Texas counties and elsewhere on gun confiscation efforts but is now said to lead with the most comprehensive program in Texas. Every state, county and their cities should follow suit.

Whatever gun law changes are made, I know that it won’t solve all the issues. But we have to continue trying so that other little girls (and boys) like Lolie can feel safe in their own homes. It’s what she deserved; it’s what all children and their families deserve.

As for my mother and brother, they are peacefully living in the same Texas home that used to be our war zone. My father passed away in 1996 at the age of 81. Two years before, he apologized for what he had put our family through. All was forgiven because we LIVED to forgive him.

(Editor's Note: This piece was originally published on The Hill’s Congress Blog.)