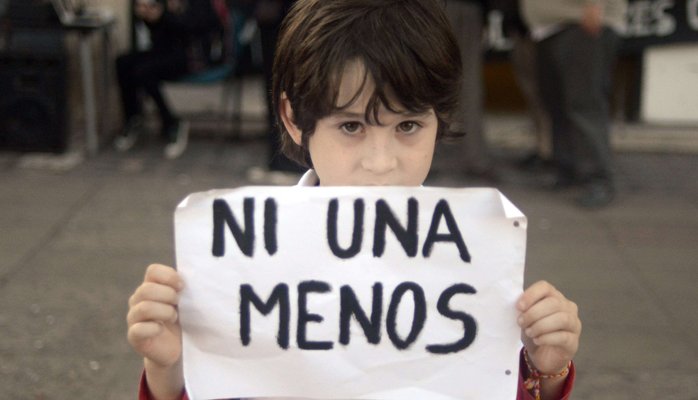 While there have been some advances in addressing gender inequality in Latin America, women and girls continue to be one of the most marginalized groups in the continent. The benefits of working toward a more equal society for women and girls, however, outpace the status quo of systematic discrimination. Here are four considerations to better understand the complexities and challenges of achieving gender equality in Latin America.

Women and the Informal Economy

Income inequality on the basis of gender persists in Latin America. It is estimated that women make 19% less income than men, according to the International Labor Organization. The effects of the lack of income parity on the basis of gender are further compounded by the reality of a massive informal economy, which represents almost half of the region’s economic activity. In an informal economy, women tend to be invisible and often have precarious employment arrangements with no access to social security and no ability to organize.

Latin America is the most unequal region in the world. According to the World Economic Forum, the richest 10% of people in Latin America produced 71% of the region’s wealth. Such inequality further diminishes the prospects of economic advancement among the poor, and especially poor women. According to the United Nations, there are more women than men living in households below the poverty line in Latin America. The proportion of women compared to men living in poor household has also increased over time. For example, 108.7 women lived in a poor household for every 100 men in 1997. In 2012, however, that figure jumped to 117.2 women for every 100 men. Interestingly, such phenomenon took place in a context of economic growth.

Indigenous women continue to be one of the most marginalized groups in the region. They not only lag behind in terms of access to economic opportunities, education and health, but are also forced to leave their land as a result of the damaging effects of climate change and irresponsible extractive industries. But the future becomes even darker for indigenous girls who are expected to help their mothers with domestic work and lack competency in a dominant language (Spanish or Portuguese). It is estimated that two out of three indigenous girls in Latin America complete primary school in urban areas. The gap is much wider in rural areas. 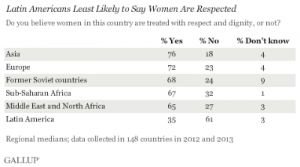 Violence against Women
In addition to overcoming systemic barriers to inequality, women in Latin America are also the target of widespread violence. Violence against women not only has long-lasting health and intergenerational consequences, but also has a negative impact on the economy due to productivity losses and absenteeism. Defined by the World Health Organization as the “intentional murder of women because they are women,” femicide is becoming a troubling trend in many Latin American countries. According to the Geneva Declaration, the ten countries with the highest percentage of firearm-related female homicides are in Latin America. Moreover, more than 1,600 Latin American women were murdered in 2014 just for being women. In Argentina a woman is murdered every 31 hours, in Brazil 15 women are murdered every day and in Mexico 2,000 women are killed every year.

Latin America has the difficult task to end all kinds of discrimination and violence against women and girls. But more needs to be done to ensure women and girls—especially the most vulnerable– become active and equal participants in building a prosperous future for their families, communities and nations.

About the Author
Julio Valeriano has provided strategic global communications counsel and support to a variety of Federal, nonprofit, and corporate clients.  As an expert in Latin America, Julio has led a wide variety of successful international communications efforts on behalf of clients, such as managing high impact international media relations efforts and press room operations on behalf of the Government of Peru for the 2014 United Nations Climate Change Summit COP20, leading and executing media relations campaigns on behalf of the Government of Chile and the Government of Mexico. A native of Peru, Julio is a member of the Corporate and Public Affairs practice group at Ogilvy Washington. This article was originally published on LinkedIn Pulse.