Latina Lista: News from the Latinx perspective > Columns & Features > Guest Voz > Guest Voz: How do I go on DREAMing when Mexican gov’t says my U.S. college education is worthless

Guest Voz: How do I go on DREAMing when Mexican gov’t says my U.S. college education is worthless 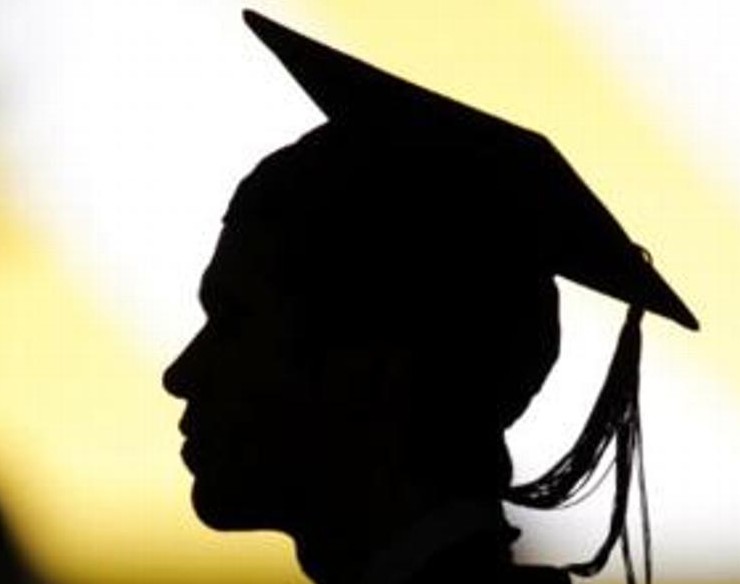 It was five years ago when I encountered a bureaucratic monster that I did not know existed. Upon returning to Mexico due to a deportation, I learned that my entire academic and professional career I had built in the U.S. as an undocumented immigrant would not be recognized in the country where I could actually prove citizenship.

I thought the hardest part of my life would be surviving one of the worst types of rejection one can experience – the expulsion from the country that I lived most of my life. Even more painful was to arrive to a country where I am supposed to “belong”, for simply being a citizen, and discover that it would be the country that would not recognize the education I had acquired “abroad”.

That is, in Mexico, according to government agencies like the Secretariat of Public Education (SEP), my U.S. education is worthless.

This is not an isolated case. More than half a million young Dreamers[i] who have returned to Mexico are affected by the negligence of SEP to implement policies that would allow Dreamers to revalidate their U.S. education. The revalidation requirement is the greatest obstacle to the recognition of higher education of Dreamers who now find themselves in Mexico.

For the majority of Dreamer returnees, their higher education degrees are not recognized. Currently, the revalidation process requires a series of documents that can only be obtained from abroad: e.g. degree certificate or diploma, school transcripts, and the Apostille of these documents which is used to authenticate the origin of the public document, however NOT its content, for its use abroad.

A Dreamer who has been deported or forced to return to Mexico is unlikely to have the documentation required to revalidate his or her studies. There are only a few who can count on having a family member or friend go to their U.S. schools on their behalf and request their academic records; which then need to be taken to the regional office of the Secretary of State where they attended school to request an Apostille.

This process must be done for all studies completed abroad given that the revalidation of the highest education level attained requires the documentation for all previous levels. Apart from the challenge of obtaining the required documents, the cost incurred for English to Spanish translations by a licensed translator makes this process less accessible.

In addition to the translation cost ($200 dollars on average), there is the Apostille fee ($5-$20 dollars), as well as the service fee for processing the documentation in Mexico. Very few people get to see the light within this bureaucratic maze which comes with a price tag.

There is no one person or area within the SEP that can guide you in the process. With the resources and information that I found on my own, I was able to uncover the path that led to the recognition of my high school education. However, the revalidation of my university degree became lost in the darkness.

The reason? The requirement of academic equivalency.

SEP Agreement Number 286 (2001) establishes the procedure for revalidation and under Section 25.1 it establishes a requirement that the course plan of a foreign degree must have reached 75% similarity with an academic program in Mexico, a requirement which has already been identified as restrictive and outdated.

It also seemed unfair that I would be required to take additional classes to accredit a career that did not require a specialization in Mexico (as it is for medicine or law) to practice it. In the private industry, my university diploma was accepted, the same one that has not been automatically recognized by the SEP in Mexico.

Over time, I realized that it would be much easier to leave Mexico and travel to the other side of the world where a revalidation was not required to continue my studies. My U.S. degree was accepted in a country where I am NOT a citizen. Ironically, I received a CONACYT scholarship, supported by the Mexican government, to study abroad.

SEP is far removed from the reality faced by Dreamer returnees

On March 25, 2015, Secretary Emilio Chauyffet had a meeting with the foreign press to discuss the progress of education reform and for the first time in a public forum, he responded to inquiries regarding the issue of access to education of returned Dreamers.

Secretary Chauyffet acknowledged that the SEP had not updated their operational programs since 1992 which means that the SEP has been operating in a world that does not meet the current needs of Mexican students, including Dreamers that return to an educational system that discriminates against them.

The solution to the problem does not require constitutional changes, only the political will to fix a “minor” problem which affects hundreds of thousands of young people who wish to continue their education in Mexico.

Secretary Chauyffet made it clear that the appropriate channel to move forward with developing a solution is within the competency of SEP with its legislative panels, comprised of subject experts that can draft an initiative and forward it to the Executive branch or the Senate for approval.

Recently, an agreement was introduced in the Senate emphasizing the need for flexibility in the criteria used for the revalidation of foreign studies completed by repatriated or returned youth. Now, it is up to the SEP to step away from its inertia and take necessary steps to move forward on this issue.

It should be noted that any proposal must consider all the obstacles Dreamers face in the recognition of their education. It cannot be limited to expediting the process with uniformity of practices across the country as suggested by Secretary Chauyffet. The solution has to remove the revalidation process altogether and seek alternatives that can effectively incorporate this human capital currently on the margins.

As a model, we can look at the agreement that was recently made between the government of Enrique Peña Nieto with the United Kingdom which allows for the automatic recognition of university degrees between the two countries. This raises of question of why Mexico is not seeking similar agreements with the United States.

Return migration exposes the restrictive educational policy that is driving away human capital. With the increase in deportations and forced returns due to the criminalization of immigration policy in the United States, young returnees arriving in Mexico with a high school and university education are subject to institutional discrimination simply because they studied in the neighboring country.

This situation cannot continue to be ignored by the SEP and Secretary Chuayffet himself set a deadline for a resolution: “reform will not take longer than the current year”.

My hope is that in the process of developing a proposal and its implementation, the perspectives of Dreamers in Mexico are taken into account as we have a clear understanding of the impact of current public policies – the de facto invalidation of our university education.

Nancy Landa (@mundocitizen) has worked in advocacy projects and participated in public forums to give visibility to community of Dreamers living  in Mexico, including the issue of recognition of foreign studies. Her experience of forced return has been included in two books: Dreamers (2013) Eileen Truax and Los Otros Dreamers (2014) Jill Anderson and Nin Solis. She is a contributor to publications including Latina Lista and she has her own bilingual blog, Mundo Citizen.

[i] According to research conducted by Dr. Jill Anderson, in the last decade over half a million young dreamers- between 18 and 35 years – have returned to Mexico. Source: "Los Otros Dreamers" (Anderson and Solis 2014).