Latina Lista: News from the Latinx perspective > Columns & Features > Guest Voz > Guest Voz: Immigrant Workers Create Wealth in Our Society and it’s not Because of their Salaries

Guest Voz: Immigrant Workers Create Wealth in Our Society and it’s not Because of their Salaries 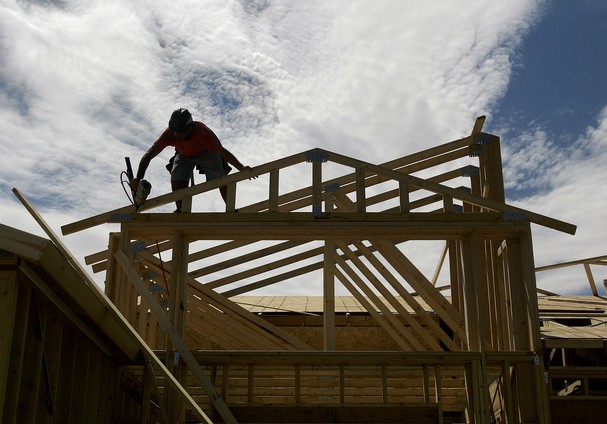 For years, those who oppose immigration have argued that newcomers don’t represent a positive addition to our society, because they drain public resources by receiving more benefits than the taxes they pay. One example provided is public health: most emergency room (ER) visitors are undocumented workers. Or education: immigrants without legal residence saturate classrooms and force the government to build more schools. And so on.

However, these arguments are not the real key to analyzing the social participation of immigrants — or any group, for that matter. To begin with, everybody with a salary pays taxes. And regardless of your legal status, you also pay taxes when you buy groceries or conduct any commercial transaction, such as sending money to your family back home.

The law does not allow any person without legal residency in the country to receive benefits — for example, unemployment — even though they pay for it. These immigrants pay millions of dollars annually, but they can’t receive the benefits they pay for, such as Social Security or unemployment.

Regarding public health, hospitals don’t provide information about the legal status of patients, so how is it possible to blame immigrants for the current ER crowding conditions?

If, in recent years, we have seen more overcrowding in ERs around the country, isn’t that because more people lack health insurance — mainly because of its cost?

And regarding the other overused argument — that schools are crowded and require new schools to be built to accommodate more students — that is a distorted view of social changes. While the population grows, so does the infrastructure, including schools. This is part of the economic expansion of a society. In other words, building new schools and hiring teachers isn’t an expense, but is instead a social investment.

These distortions aren’t an accident or a simple mistake. They pretend to hide the knowledge of how the economy works in order to keep the system running without being questioned.

This is the job and goal of organizations such as The Heritage Foundation, an ultra conservative institution that feeds arguments and talking points to other interested parties in support of conservative causes.

One of the arguments is about the cost of immigrants, using taxes as a measurement.

The key element of the economy is the productivity of workers, not taxes.

And by the way, where is the money to pay taxes coming from? The same source: labor.

In other words, it comes from the productivity of millions of workers who create goods or merchandise. This process is more complex than it looks. According to the writings of classic economists (Smith, Ricardo, Marx, and others), merchandise has a value related to the working time socially necessary to produce it.

For example, if we consider a chair, its value depends on the hours it takes to build it — including the time for the accessories, such as nails, paint, etc.

The worker who produces the chair receives a salary for eight hours of work. But building the chair takes less time than that. The extra hours he (or she) continues producing creates a surplus of goods that the owner of the company controls and benefits from. This is called Surplus Value and is the source of productivity and real richness of a society.

So, the salary doesn’t reflect the real productivity of a worker. The salary is an amount of money paid to workers to replenish their energy (food, rest, etc.), so they can continue working the following day. The surplus value is the unpaid amount of time a worker works.

The word “richness” means, in fact, capital. Capital is created by workers, particularly by that unpaid portion of their working time. And this capital is much bigger than taxes paid from their small salaries!

Due to this process of capital accumulation, it is easy to understand that our society wouldn’t tolerate the presence of millions of unproductive people, as conservative organizations say — besides, the numbers they provide regarding the relationship of taxes paid/benefits received are very dubious, to say the least.

Capital has an insatiable voracity and grows endlessly — all by workers’ labor. Capital is controlled by a small group of people who control workers’ unpaid time, or surplus value, as well as the means of production (basically, the properties and tools of production). Workers have nothing else but their working capacity and skills.

In the case of agriculture, the very low salaries (I have never met a farmworker making more than $16,000 per year — in a good year!) mean that the surplus value generated by this cheap labor force is immense.

It makes even more sense when we consider that just one county in California, Fresno, generated $6.8 billion dollars on agricultural goods, according to a report by the Fresno Agricultural Commissioner published in September 2012.

Let’s remind readers that in order to keep farmworkers from getting organized and claiming a better share of the richness they generate, the “illegal alien” label is very convenient. The threat is there, day and night. And these are the workers considered “low-skilled” by senators who recently introduced an immigration reform bill — the S.744, or the Border Security, Economic Opportunity, and Immigration Modernization Act.

I wonder what skills these politicians have, and how many of them are able to distinguish between an olive tree and a peach tree — to make the question easy.

Immigrant workers contribute with their productivity to the economy of this society. Such productivity can’t be measured by the amount of taxes paid. Certain interested groups are determined to keep the status quo of ignorance about how the economy works and who really produces the richness we all enjoy. Also, it’s an easy way to maintain the myth that “others” (immigrants, particularly people of color) are abusing our society.

The proposed immigration reform bill will help the agricultural industry to have plenty of cheap labor available in the future. Still, growers and agricultural corporations are fighting to avoid paying a larger share of the wealth produced by those workers in the form of decent housing, higher minimum wage, and health insurance.