Guest Voz: If Immigration Reform Ever Passes, It Will Fail (Again) 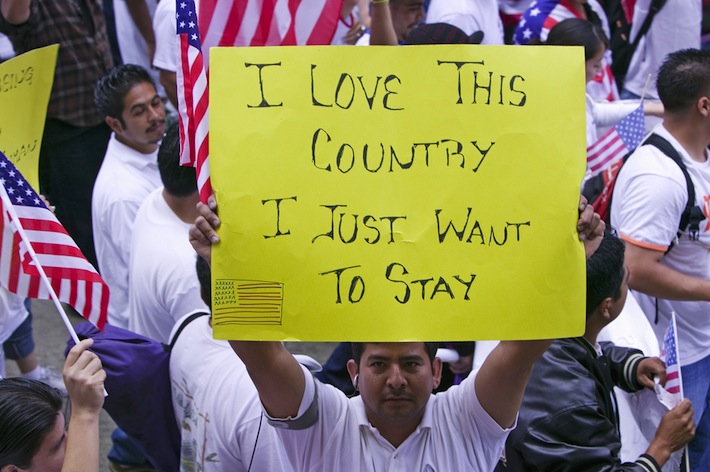 As we watch the Republicans in the House of Representatives continue to dither over immigration reform, and anti-immigration and pro-immigration groups continue the culture war over this issue, it is important to realize the issues being debated are not the cause of illegal immigration nor are the proposals a solution.

Fundamentally, the immigration “problem” in the U.S. is a problem of labor. Until Congress decides to address this underlying, fundamental issue, “illegal immigration” will continue.

The History of “Immigration Reform”
In 1986 Congress faced a very similar problem. Approximately six million undocumented aliens were working in the United States (including family members). Interestingly, many of those undocumented workers were in the process to obtain permanent residence but the quotas had been overwhelmed and the waiting periods extended from five to ten years. But at least there was a legal option available to employers to legalize their employees.

Congress decided to “reform” this process by granting legalization/amnesty to a large percentage of those six million people. Congress also passed the “employer’s sanctions” law as part of immigration reform which supposedly placed the burden of controlling illegal immigration on employers.

Even if we assume the legalization program was a success, by granting permanent residence to millions of undocumented workers, Congress did not provide for any future mechanism for employers to hire unskilled, semi-skilled and skilled workers from outside the U.S.

Although the issue of granting access to the U.S. labor market by foreign nationals is complicated and contentious, the bottom line is that U.S. employers rely on the foreign labor pool, especially from Mexico, to fill many of these types of jobs.

If Congress does not provide a legal method for employers to employ these individuals, the labor market simply disregards the “law” and forces employers and employees to engage in illegal conduct. In short, employers in the U.S. cannot find enough U.S. workers to fill these positions and the employees from other countries, particularly Mexico, need those jobs.

The law of “supply and demand” does not adhere to borders or edicts from Congress; at least for long. This may sound very basic but it is critical to understanding how we arrived in 2014 with over 11 million undocumented workers and their families.

Not only did Congress not provide any new mechanisms for this type of labor to legally enter the U.S., it actually took two additional steps which made it virtually impossible.

Then in 1996 Congress created the infamous “bars” which essentially trapped every illegal worker in the U.S. by denying them access to the U.S. Consulates outside the country. Congress did this by invoking a 10-year bar to returning to the U.S. if the person left the country while being out of status.

In effect, every employer and undocumented employee who was trying to legalize status was then prevented from completing the case because the trip home to the U.S. Consulate would result in a 10-year bar to returning. In the space of six years, Congress had effectively eliminated almost all categories for legal status in the U.S. for this type of employment and then punished any employee who actually tried the very limited legal process available.

The Current Immigration Reform Debate
In 2014 we are seeing the results of the 1990 and 1996 immigration amendments. Eleven million undocumented workers and their families live in the U.S. with no hope of gaining legal status regardless of how much support they may receive from their employers.

Congress, of course, does not see that its policies over the past 25 years have created this situation; the Republicans in Congress simply blame the employees for breaking the “law”. Unfortunately, the “law” of the labor market is based on reality rather than the artificial prohibitions erected in Washington.

The bill which passed the Senate last summer contained hundreds of provisions and one of the most important, if not the most important, was a provision to allow for unskilled and skilled workers to have access to a legal process to enter the United States for employment.

Although the proposal was by no means perfect, it was at least a step in the right direction to recognize the underlying problem and provide a legal option for employers to find foreign employees for this type of employment.

Unfortunately, the debate in the House of Representatives has been over issues such as legalizing the undocumented workers already in the U.S., “securing the border” (whatever that means), and to some extent modifying the “legal immigration” process.

There has been no discussion whatsoever about the underlying problem of unskilled and skilled labor and the lack of options available to employers in the U.S. Until that issue is addressed by Congress, and even if 11 million people eventually get some type of legal status, the problem will not go away in the future simply because employers will run out of this type of employee and again will have no legal option to turn to.

Since 1991, David Swaim has been the managing partner of Dallas, TX-based Tidwell, Swaim & Associates. He has supervised every deportation case handled by the Firm and has also successfully represented over 5,000 individuals in family immigration cases and naturalization/US citizenship matters. In addition, he has also provided over 300 immigration seminars to foreign students and faculty at colleges, universities and seminaries in Texas, Oklahoma, Arkansas, New Mexico and Mississippi.