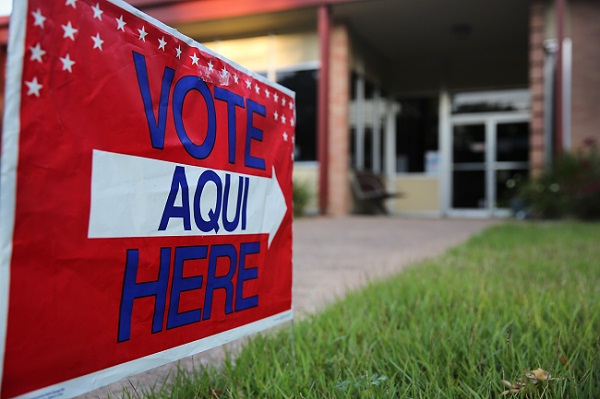 Immigration policy is considered the holy grail of policies when it comes to attracting Latino voters. Immigration is explicitly mentioned in the post-2012 Republican autopsy report as one of the strategies to increase the party’s base racial and ethnic diversity.

Democratic Party candidates mention the issue at every rally where the goal is to attract Latino voters. I argue that Latinos’ interest in immigration policy has two elements: social and cultural. These two elements are crucial for understanding how Latinos relate to both major political parties.

This means that two-thirds of Latinos have immediate connections to immigrants. This does not include the many mixed families of Latinos from different ancestries, citizenship statuses, as well as other relationships such as friendships, acquaintances, and work relationships.

When Latinos think about immigration, they are not thinking about discrete populations of citizens and noncitizens. They think of their parents, siblings, family, friends, co-workers. It raises the importance of the issue in the community and affects their attitudes toward political parties.

This social aspect is particularly important when understanding Latinos’ attitudes toward the Democratic Party.

The Pew Research Center’s Hispanic Trends Project periodically polls Latinos about their political party preferences and their attitudes toward the major political parties. One of these questions inquires about which party is best at representing the interests of Latinos.

Though Latinos’ opinions of the Democratic Party are more positive, they also show the ambivalence of a group that does not feel well-represented.

Latinos’ meek endorsement of the Democratic Party is likely rooted in the social aspects of immigration. The Democrats have not delivered on their promise of passing a progressive, comprehensive immigration reform plan. And while the President has taken some action through executive orders, he has also presided over a record number of deportations.

These contradictory actions have affected the party’s standing, particularly with young Latinos. In the end, Latinos view the Democratic Party as well intentioned but too weak and too likely to cave under pressure.

The reason Latinos have increasingly voted for Democratic candidates in record numbers in 2008 and 2012 is more related to the cultural politics of immigration, which have had a negative impact on Latinos’ attitudes toward the Republican Party.

Only 10 percent of Latinos think the GOP has more concern for them according to Pew. It doesn’t end there. The 2013 PRRI poll found that just about 1-in-10 Latinos think the GOP “cares about people like you” (12 percent) or looks out for the interests of people from different backgrounds (9 percent).

Four years after George W. Bush’s “compassionate conservatism” and pro-reform rhetoric, the GOP nominated Arizona Senator John McCain. There were some expectations that McCain, who had fared well (for a Republican) with Latinos in Arizona in his Senate contests and was known for supporting reform, could match Bush’s support among Latinos.

The hopes ended when McCain tapped Alaska Governor Sarah Palin as his running mate. Her “real America” rhetoric made clear that Latinos (or other non-whites) were not welcome in the party. The 2012 nominee, former Massachusetts Governor Mitt Romney, endorsed a “self-deportation” agenda and made little efforts to diversify the GOP’s aging white voter base.

These vents lead us to the current moment. Donald Trump, now the presumptive GOP nominee, started his campaign attacking Mexican immigrants and promising to keep them out by erecting a wall on the southern border.

More recently he has attacked a Mexican-American judge as impartial due to his Mexican heritage. This is not counting attacks on other racial, ethnic, or even religious minorities. The message has been clear from the top of the ballot that Latinos are not welcome.

In the end, immigration is more than just a policy issue to Latino/as. It is about how welcome they feel in American society.

As the fastest-growing ethnic minority, and the poster group of a majority-minority America, Latino/as have received, at best, mixed messages from the Democrats and a resounding message of rejection from the Republicans, and it shows at the ballot box.