Latina Lista: News from the Latinx perspective > Columns & Features > Guest Voz > Guest Voz: It’s Up to You — Does Cristela Go or Not!

Guest Voz: It’s Up to You — Does Cristela Go or Not! 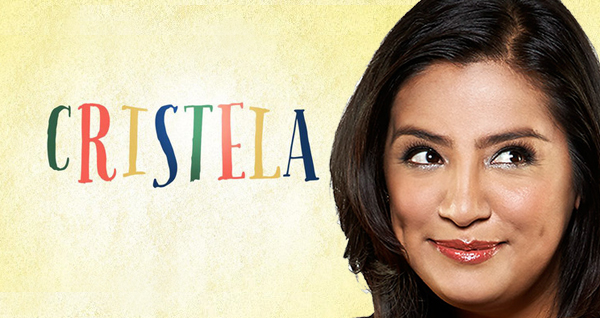 Normally I don’t get involved in issues concerning Hollywood personalities. So when I received a letter written by Cristela Alonzo which was posted in the Atlantic Journal about the possibility of her show being cancelled. I found myself in a quandary about posting it. However, after much thought, I decided that this show actually represents more than a single person’s desire to keep his or her show on television but may actually have some far-reaching effects. So I decided to write a few words for those who have the ability to do something about it. You the viewers.

You see, there seems to be a struggle in Hollywood, as well as much of the U.S., on how to reach the growing Hispanic population — much like in the 70’s and 80’s when the African American community was growing into its own.

The powers that be in Hollywood and Corporate America had their eyes on the social and economic boom of the African American community. One of the first steps was to create a black character on TV that the general public could feel comfortable with.

The popular show “All in the Family” introduced America to the character George Jefferson. This soon led to other shows with primarily all African American members Good Times and The Jeffersons. Fast forward ten years to 1984 and we are introduced to an African American upper middle class family in “The Cosby Show”. This show was highly successful and yet there really hasn’t been another popular Black show till the launch of Empire in 2015.

With advertisers and studios trying to capture Hispanics from what is considered traditional Hispanic media Telemundo, and Univision. Cristela may be one of the first steps in a strategy on how better to engage the Hispanic community.

So with that said I have to congratulate Cristela for blazing the path into Hollywood with such a large cast of Hispanics that are not maids, gang members, or a bunch of extras in a Selena concert. I can only hope she has opened the doors for those who will surely follow.

If left to Hollywood’s past history, we may not see another show involving Hispanics for another ten years. So amigos, its’ your choice. You can either stand up and support Cristela or wait for another decade to see yourselves represented on television.

I leave it up to you. You can either help a Latina by starting a petition. Let your voices be heard or “The Man” will decide for you.

I leave you with these words I heard Isaac Lee, president of news and digital at Univision speak on Saturday, “Sometimes You Just Have To Stand For What Is Right.”

Jose David Cantu is the founder of Hispanic News Online and vice president of Treviño TodaMedia, the parent company of Latina Lista.

Crowdfunder: Backpacks for the Homeless
Comment
Putting 'weird' grammar on the map