Guest Voz: Latino & African American students more isolated in schools today than in the past 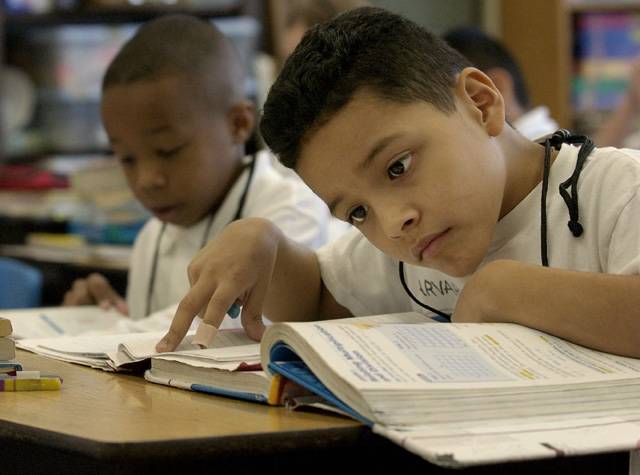 (LL Editor’s Note: The following is an excerpt of a longer study by researchers at The Civil Rights Project analyzing the trends in current school segregation. The study was written in response to a paper claiming school segregation is largely an event of the past. )

Is the United States going backwards or forwards in attaining the goal set in the civil rights era of increasingly integrated public schools?

The right of black students to desegregated education in school districts with a history of discrimination was established in the South by the Brown decision in l954. In a series of decisions from 1968 to l971, the Court ruled that desegregation must be comprehensive and immediate in the South, including its large cities.

Desegregation was extended to the rest of the country in the l973 Keyes decision, which also recognized the rights of Latino students to desegregation remedies. The Supreme Court basically limited these rights to single school districts in the l974 Milliken decision. At that point, desegregation was generally defined as finding remedies within school districts to create more diverse schools for segregated black and Latino students.

The Civil Rights Project has been reporting on how this process has been going for many years. With all the statistics that school authorities at multiple levels of government collect, we should have clear answers regarding our progress on school desegregation.

Yet the question is still being disputed.

Based on evidence from several important measures of segregation, the Civil Rights Project stands by its strong contention that resegregation has occurred, and that African American, and Latino students, are experiencing more isolation in schools than they were a generation ago–and further, that this segregation is deeply linked to unequal educational opportunities.

In a new paper, Sean Reardon and Ann Owens make two important claims about school segregation with which we disagree. The first is that “The changes in segregation in the last few decades are not large regardless of what measure is used.” The second reads, “The mechanisms that would link segregation to disparate outcomes have not been spelled out clearly or tested explicitly.”

We believe that Reardon and Owens are engaging in a largely theoretical analysis not related to the historical and legal contexts with which Civil Rights Project reports are typically concerned. The measures of segregation that our Project tends to emphasize illustrate the day-to-day experiences of students in schools, which is what the desegregation struggle was about.

In the following response, we engage with the first conclusion drawn from the Reardon and Owens article to argue that they, and others, rely upon measures that have little educational or legal basis and often produce misleading conclusions.

With regard to Reardon and Owen’s second contention, we assert that they are overly dismissive of a massive body of research literature stretching over a half century that represents the judgment of leading scholars across the country.

The purpose of this response is to explore the educational and legal roots of various segregation calculations and to explain the benefits and drawbacks of each in determining the degree to which American schools are segregated. We explain the measures the Civil Rights Project has used to report segregation trends and the basis for our conclusion that resegregation has occurred.

We explore the work of those, including Reardon and Owens, who use different definitions and statistics to argue that there has been no increase in recent decades.

Through a presentation of school segregation patterns across cities, suburbs and districts in the Washington, D.C. area, we illustrate how various segregation measures lead to dramatically different conclusions. We argue that different measures add important depth to our understanding of racial change in schools but that some are and others are not linked to the historic goals of the desegregation movement, gaining full and equal access to better schools for historically excluded groups of students.

We show that the theories and research on desegregation rights and benefits are strongly based to the actual racial composition of schools, not on the randomness of the multiracial distribution of students.

Finally, we ask that the various participants in this debate clarify what they are and are not measuring and the reasons why they believe their measures are valid reflections of the goals of desegregation law and policy….

The complete report is available online.