(Editor’s note: Efren Paredes, Jr. is a Michigan prisoner sentenced to life without parole as a juvenile in 1989. Learn more about Efren)

Today the U.S. Supreme Court issued an opinion abolishing life without parole (LWOP) sentences for the 2,500 prisoners across the U.S. who were condemned to die in prison for crimes they were convicted of as juveniles.

Courts will now have discretion to impose a lesser sentence in those cases and consider age as a factor in sentencing. Juveniles can receive LWOP sentences, however, it is a discretionary sentence now, not a mandatory sentence in cases involving homicide. Prisoners all ready serving LWOP sentences for crimes they were convicted of as juveniles are now eligible for resentencing. How that process occurs will vary by state.

The court conveyed what any parent, educator and common sense can tell us: children are different than adults. They possess the unique capacity for change and growth because they are still cognitively developing, and should be provided a path for rehabilitation during their incarceration.

In Michigan, 73% of the prisoners serving LWOP sentences for crimes they were convicted of committing when they were juveniles are people of color, yet they comprise only 27% of the youth in the state. 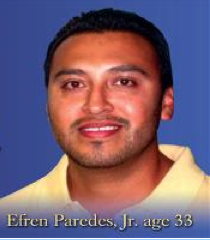 Nearly half of those convicted are also first-time offenders. Most grew up in impoverished areas, were victims of abuse, and were regularly exposed to drugs and violence.

The International Journal of Forensic Mental Health reports that 2/3 of males and 3/4 of females in the juvenile justice system show signs of one or more psychiatric disorders.

Taken together these findings reflect a very vulnerable demographic of 200,000 to 250,000 juveniles annually transferred to adult courts that are disparately being subjected to the harshest sentences meted out by judges.

Sadly, the vast majority of these juveniles are incapable of defending themselves against the political gamesmanship and cascade of abuses and mistreatment they are subjected to by older, experienced professionals in the criminal justice system.

It is a moral imperative that we now amplify the national conversation about the draconian policy of sentencing juveniles in adult courts. Rather than abandon and demonize young people, citizens should urge legislators to reform sentencing guidelines and work to ensure fairness in the parole process.

Life sentences in any form are veritable death sentences in Michigan. As long as they remain sentencing options for juveniles their opportunity for serious parole consideration will remain unattainable reality.