Guest Voz: Latinos Are More Than a Voting Bloc 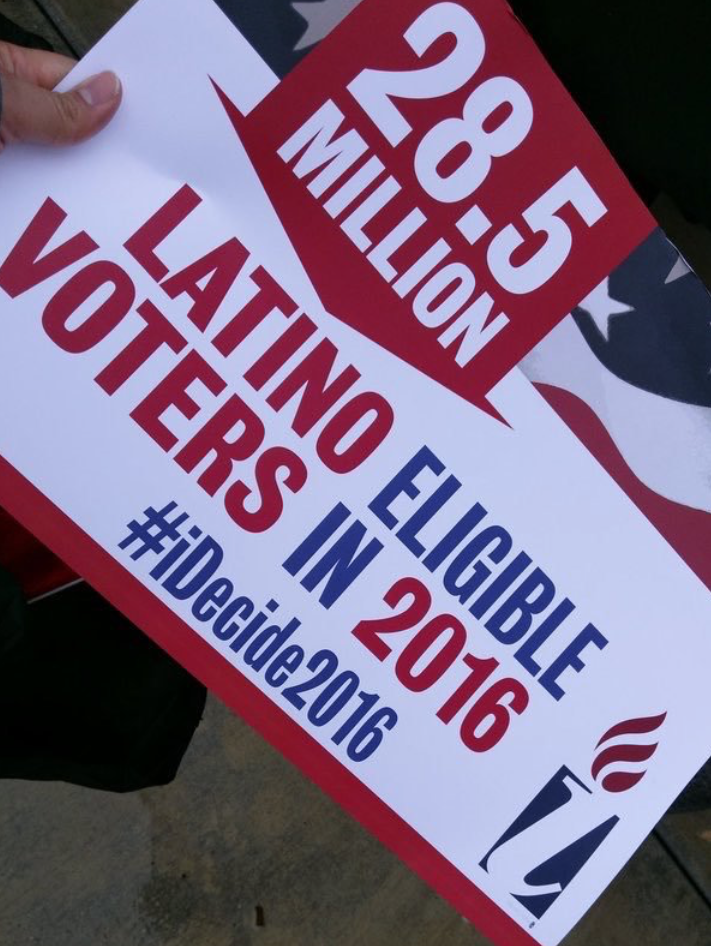 Latinos are the largest ethnic minority in the United States. In recent years, our cultural and political profile has grown along with our population numbers. The current notability of Latinos leads to the misconception that our political value lies in our potential to swing and/or decide elections in the near future. In reality, Latinos have been contributing to American political life for a long time, and these contributions go well beyond the notion of a monolithic “Latino vote.”  Latino strength in numbers exists because it has been built through years of serious political activism.

For generations, Chicanos and Latinos have been at the forefront of the fight for social justice and equality in our country through social movements, the courts, and electoral politics. The activism of Chicano and Puerto Rican youth, who were major participants in the civil rights battles of the 1960s and 1970s, paved the way for the development of ethnic studies courses and programs focusing on Latino history and Latino contributions to America. These battles are still relevant today when ethnic studies program are on the chopping block in high schools and colleges.

The activism of Chicano farm workers led by César Chávez and Dolores Huerta demonstrated that Latinos can use their collective power to fight corporate and wealthy interests. One of their successes includes winning a pay raise for grape pickers along with a right to unionize. The spirit of the farmworker battles echoes the current fights led by the new working class (many of them Latinos) for better wages and benefits in the service economy captured in the current fight for a $15 minimum wage (and a union).

Latinos have also successfully used the courts to recognize their rights, setting important precedents in our legal system. The 1947 California decision in favor of Latino plaintiffs in Mendez v. Westminster School District paved the way for the 1954 Brown v. The Board of Education of Topeka and the end of the “separate but equal” public schools affirmed byPlessy v. Ferguson in 1896. In another major case for civil rights, Latinos successfully challenged the existence of all-white juries in the landmark Supreme Court case ofHernández v. Texas (1953).

Latino electoral power has also been used effectively. Cuban Americans gained elective office and repealed an English-only ordinance in Miami-Dade County that unjustly targeted them in the state where Spanish was first spoken on this continent. More recently, organization of Latinos in California started voting in larger numbers and gaining elective office after anti-immigrant laws passed in the 1990s. Latino political contributions to America continue to the present day.

Sonia Sotomayor, the Bronx-born daughter of Puerto Rican parents, sits in the Supreme Court, the highest-ranking Latino public servant. Three Cuban-Americans, Ted Cruz of Texas, Bob Menendez of New Jersey, and Marco Rubio of Florida, represent their states in the United States Senate. There are 29 Latino members of the House of Representatives,the highest number ever. Hundreds of Latinos also serve in elective or appointed office at the state and local levels. Although these are significant milestones, Latinos are still underrepresented in government.

This underrepresentation does not mean that Latinos are sitting idly on the sidelines. A new generation of Latinos fights for equality in the Dreamer movement that aims to take out of the shadows undocumented immigrant youth and their right for the American Dream. Latinos are active in the #BlackLivesMatter movement and the #Fightfor15 combating systemic racism and low wages with subpar working conditions. The political strength of Latinos lies not in their numbers, but their willingness to fight injustice.

As the cliché goes, “Latinos are not a monolith.” Latinos have various national origins and ancestries, as well as generational, citizenship, and political differences. Even within this diversity, Latino unity is on the rise thanks to the emergence of what I call in my doctoral dissertation the Latino counterpublic: the network of Latino-oriented media and community organizations that have been instrumental in developing and broadcasting a Latino political agenda that consolidates distinct regional Latino nationalities into a national force to be reckon with as voters, elected officials, and activists working for a better and more equitable America. Latinos may be getting attention due to their growing numbers, but their history shows they’re more than a voting bloc.